Tevin Campbell Opens Up About Embracing His Identity As A Gay Man, Shares What Led Him To Announce It To Fans 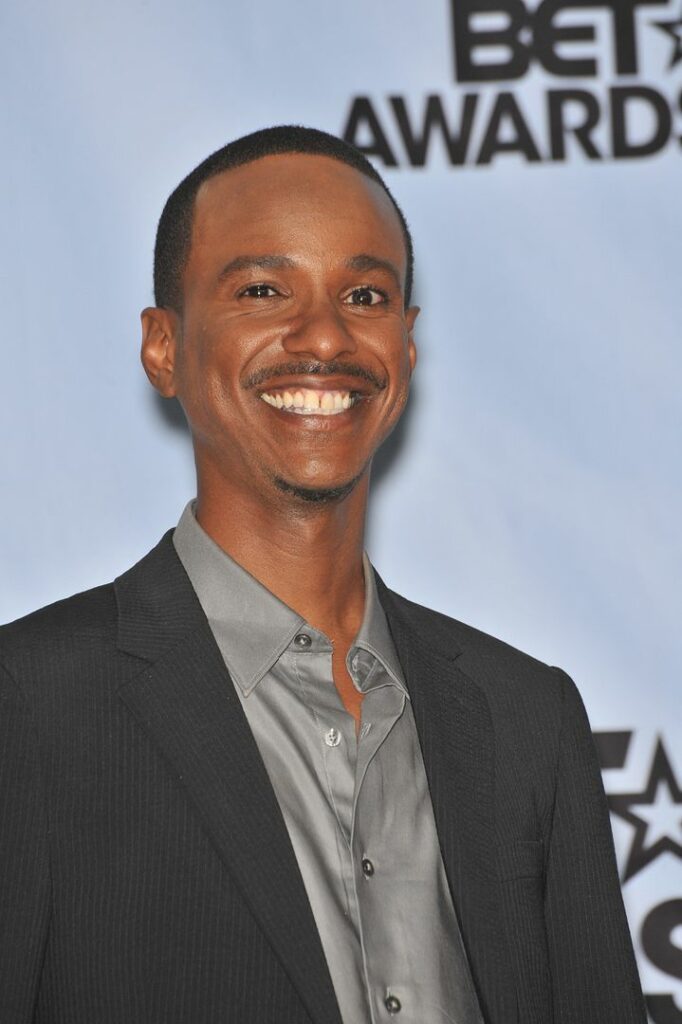 R&B crooner Tevin Campell is opening about his sexuality, confirming he identifies as a gay man and he explains what let him to share the news with his fans. Get it all inside…

R&B singer Tevin Campbell is ready to let his fans into his personal life, opening up like never before.

In a new interview on the PEOPLE Every Day podcast, the “Can We Talk?” singer confirmed that he identifies as a gay man and shared what led him to officially open up to his fans about his personal life.

Fans have speculated about Tevin’s sexuality over the years, but he decided to keep his personal life private since he hit the music scene. Earlier this year, The 45-year-old singer, who performed in the Broadway musical “Hairspray” in 2004, hinted about his sexuality in a tweet after a Twitter user speculated he was gay. 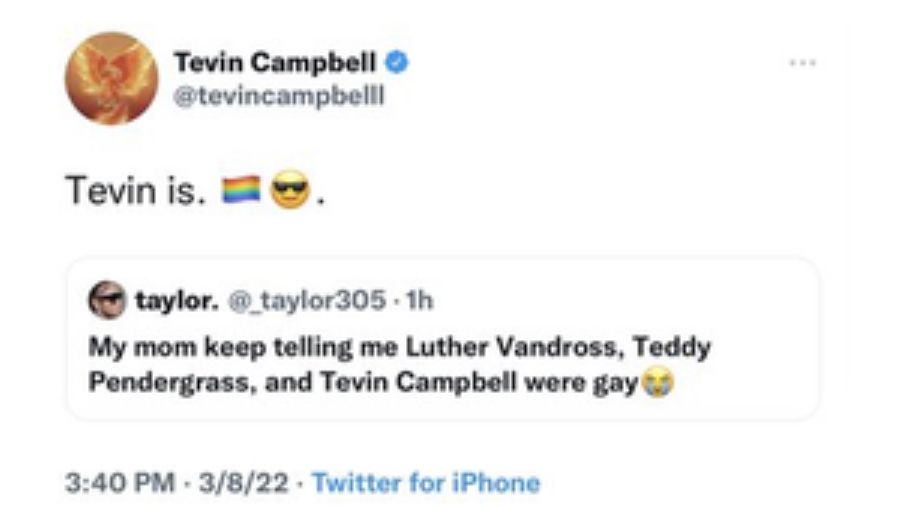 ”Tevin is. [rainbow flag emoji] [sunglasses emoji],” he responded before deleting the reply.

That tweet only fueled speculation about his sexuality, but he didn’t feel he needed to make some big announcement.

“It was a casual thing for me,” he said about the tweet. “I love my fans, but what they think about my sexuality is of no importance to me.”

Back in the 90s, if you were queer, you kept it to yourself. It was more frowned upon by society and there definitely weren’t any many – if any – openly gay R&B singers during his prime.

“When I came out to my family and friends [at] about 19 or 20, that was it for me. And then I went on the road of discovering myself. I didn’t know who I was,” he said. “I didn’t hide anything about me. I didn’t try to act a certain way or anything,” says Campbell. But also, he notes of that era in the industry, “You just couldn’t be [gay] back then.”

When asked how he felt about Black queer entertainers like Lil Nas X and Frank Ocean, who have found success while being openly queer, he said he’s happy LGBTQ+ kids now have representation of their selves.

“It wasn’t like that in the ’90s,” he said “with a laugh. But I’m glad I get to see it. I’m glad that’s changing. There are a lot of kids, especially young Black boys that need to see representation.” He added, “They’re not being taught to love themselves because of who they are.”

After being discovered by Benny Medina at age 12, the “I’m Ready” singer landed a record deal with Warner Brothers Music and released his debut album T.E.V.I.N. in 1991, followed by I’m Ready in 1993, which were both successful.

”I don’t think the sex symbol thing worked, but the love songs last,” he said.

He has had a resurgence of fame in recent years thanks to TikTok.

“I had no idea at the time, like when I was 15 or 16 recording this song that it would have that impact,” he said. “I was just a kid singing in the studio.”

The self-proclaimed “former child star” said he’s proud of how far he has come.

“What makes me happiest right now is how far I’ve come in life,” he said. “You know, there are a lot of child stars that don’t make it. But a lot of us do… and the fact that I’ve embraced me.”

Good for him! Live your best life, Tevin Campbell.

Peep a few reactions from fans below:

Tevin Campbell gave us Can We Talk at the age of 16. He’s an R&B icon. I’m glad he came out as gay. We support living in your truth. The old heads can STAY MAD. pic.twitter.com/p10BA02XA6

I don’t care if you wait until you’re 97 & on your deathbed to come out. It’s beautiful, brave, and worth celebrating- especially in a world that already hates you.

WE KNOW TEVIN. We’ve known since you were a teenager. We still like you music, bruh. No big deal pic.twitter.com/c9faho3ULM

Tevin Campbell coming out isn’t news. That’s common knowledge because there was absolutely no door on that closet

We are totally here for people living in their TRUTH.