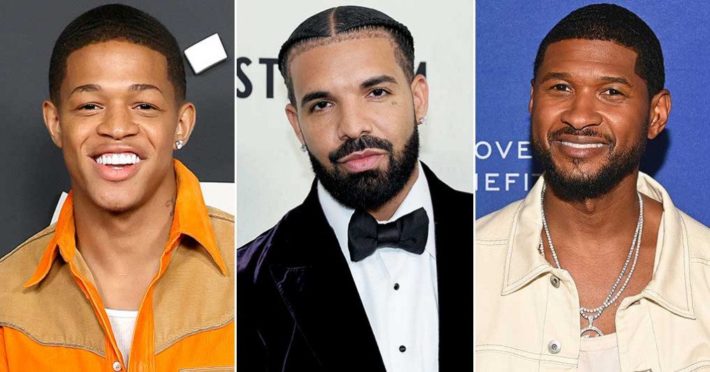 YK Osiris has no issue showing he’s a fan.

The “Be My Girl” singer has revealed a new pair of tattoos dedicated to two of his biggest inspirations, Drake and Usher. The new ink, which appears on his right arm, features Usher’s signature “U” chain attached to an owl pendant, a nod to Drake’s OVO mascot.

Osiris also posted a photo of Usher wearing the chain while performing and declared him the “King of R&B.”

YK explained his reasoning for getting the tattoos. “When you get to [sit] at the same table with legends, and they talk to you about success, you will understand,” he wrote in an Instagram Story.

YK Osiris shows off his Drake and Usher inspired tattoo and says:

“When you get a seat at the table with legends, and they talk to you about success… you’ll understand” pic.twitter.com/42nZyfz67C

Last month, YK attended Usher’s Las Vegas residency and was inspired by what he saw. “Man Usher had me all in my feelings. That mean really the king,” he said. “I don’t know who Df I thought I was lol fr I really had a great time , y’all don’t really understand how this made me feel fr , I got work to do this man really is RNB FR.”

It looks like YK Osiris had the time of his life attending Usher’s show in Las Vegas!! pic.twitter.com/cNc9O2sf55

YK’s admiration for Drake has grown into a friendship. Last year, he visited Drizzy’s 50,000-square-foot Toronto mansion and cleared a bet by singing “Worth It” for him in his kitchen.

“He inspired me a lot,” he told “The Breakfast Club.” “He mess with me hard. He good people for real. He shows me and teaches me a lot. Me being around him, his lifestyle and how he live and how he carry himself, is incredible.”

When asked what Drake loves about him, YK said it’s his personality. “I don’t be scared to be me and I feel like that’s what he loves about me the most is that I’m fun and I remind him of a little brother.”