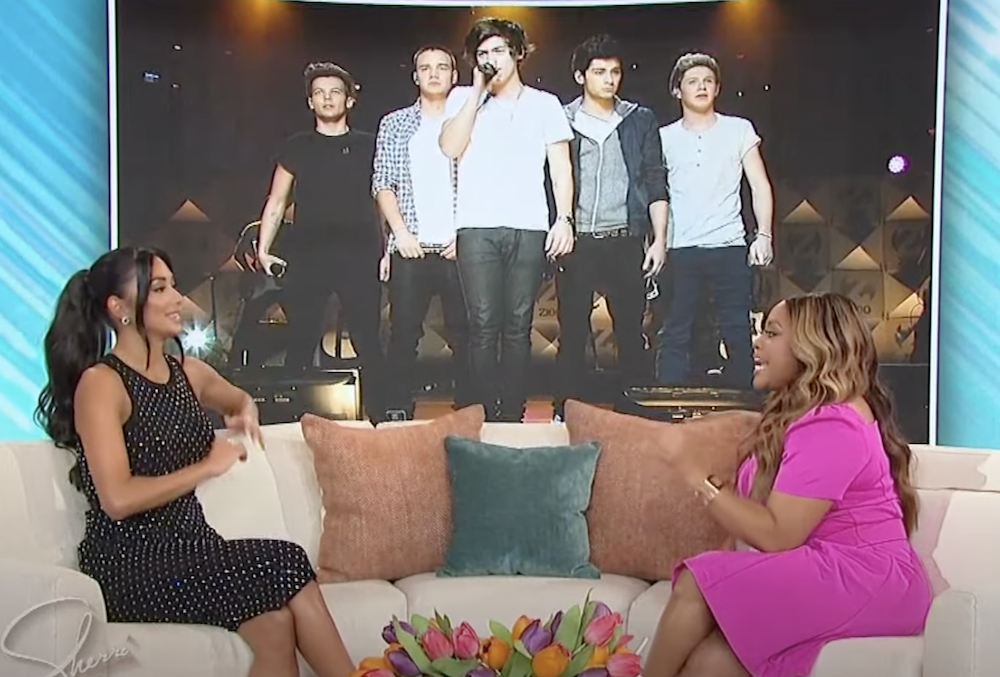 Nicole Scherzinger is speaking out on previously unreleased footage from ‘X Factor’ that shows she actually put the boys together in the group we know today — not Simon Cowell.

During an appearance on Sherri earlier this week, the “Puakenikeni” singer was questioned about the 2010 footage (released in July) where she’s shown putting the members together.

“I always thought it was Simon Cowell who birthded One Direction, until I saw unreleased footage,” host Sherri Shepard, 55, told Scherzinger of the band, which consisted of members Niall Horan, Zayn Malik, Harry Styles, Louis Tomlinson and Liam Payne, who are now solo artists.

“Mmhhmm. It’s kind of crazy, Sherri. Honestly, I never thought this footage would see the light of day,” the former Pussycat Dolls frontwoman, 44, said in response. “I thought Simon burned it.”

“It’s really cool that it came out, because what people are actually seeing is me actually putting them together, the way my mind was working. I just came out of a girl group,” she said, referring to her time as one of the Pussycat Dolls. “I know how successful and powerful it can be to be a group. We’ve gotta join forces.”

The singer added that she’s “super proud” she got to play a “small” or “big part” in the process — and then joked, “Still waiting on my comission.”

Shepard later added, “Every time I see Simon, I’m gonna be side-eyeing him.”

In the recently unveiled footage, Scherzinger, Cowell and Louis Walsh are gathered around a table with photos of the contestants, narrowing down who will move forward in the competition. At one point, the “Buttons” singer moved Horan’s picture to the top to start the formation, and later added Styles and Tomlinson.

When it came to Payne, Cowell asked whether he should move on as an individual due to his “standout” audition — but Scherzinger insisted he be in the group. Walsh then suggested Malik as the final member, and both judges agreed.

The formation video is one of a series of videos released from One Direction’s season on the competition show. Other videos released were each member’s full audition tapes — revealing parts of each artist fans didn’t know.

For example: in Tomlinson’s audition, fans previously only knew of him singing “Hey There Delilah.” After the video was released, they learned he started with “Elvis Ain’t Dead” instead — before Cowell stopped the music and asked him to choose a different song. Similarly, Styles’ full audition saw the Don’t Worry Darling superstar sing Train’s “Hey, Soul Sister” before Cowell asked him to sing without music, and he performed Stevie Wonder’s “Isn’t She Lovely.”

The band eventually placed third on the show, and went on to release five studio albums together before announcing an extended hiatus in 2015.

Watch Nicole’s appearance on ‘Sherri’ below.

The post Nicole Scherzinger Says She’s ‘Super Proud’ of Putting Together One Direction Together on ‘X Factor’ appeared first on LOVEBSCOTT.