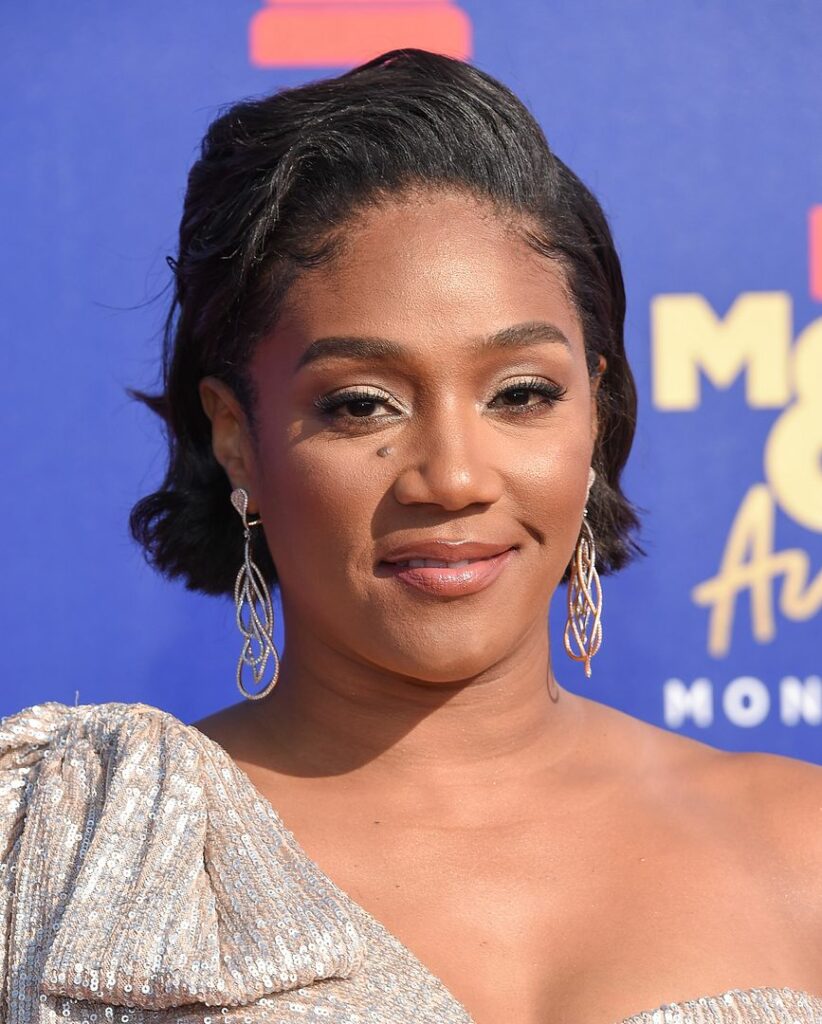 Comedienne Tiffany Haddish speaks out about the recently dismissed child molestation lawsuit that was brought against her and fellow comedian Aries Spears. She claims she lost “all of her gigs” over the accusations made against her. Hear what she said about the aftermath, plus rapper Boosie Badazz’s business proposition inside…

Tiffany Haddish is speaking out days after a judge dismissed a child sexual abuse lawsuit against her and fellow comedian Aries Spears. Although the case was dropped, the damage has already been done.

TMZ photogs ran into the Girls Trip actress at LAX airport where she shared she lost “all her gigs” due to the child sex abuse lawsuit.

“I lost everything,” the EMMY winner said to the paparazzi. “All my gigs are gone.” When asked if the dismissal of the lawsuit would change things, she replied, “I don’t know, bro. I don’t have no job.”

Tiffany Haddish Reveals She Was Fired From All Her Jobs Due to Molestation Suit pic.twitter.com/sYyYiKWrk8 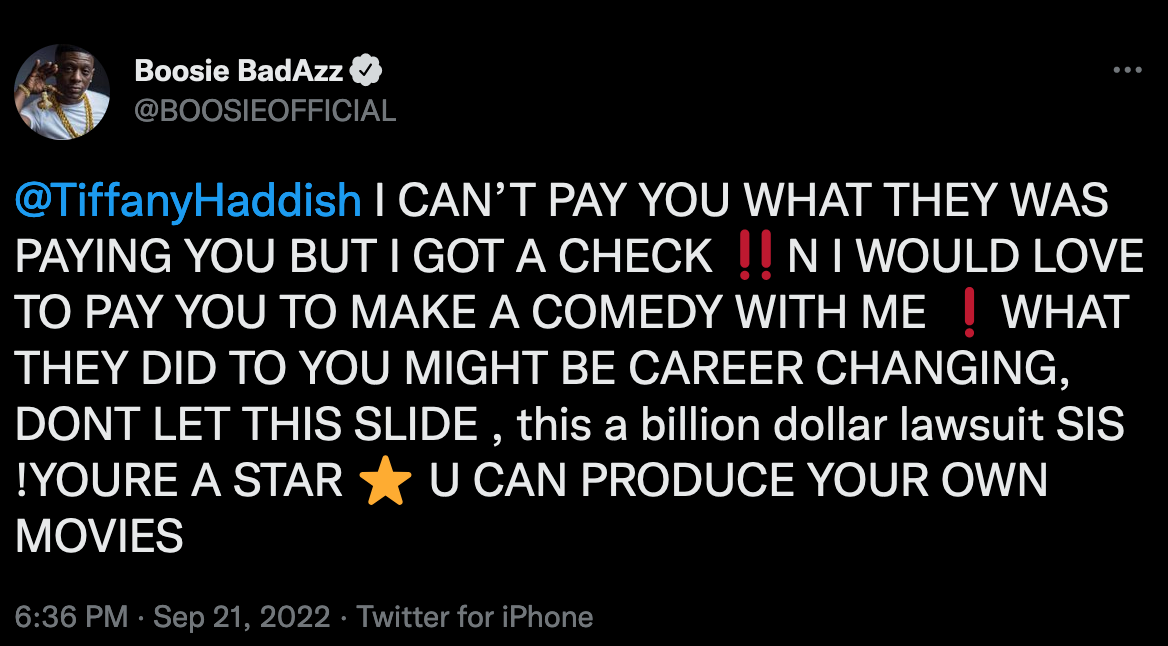 The woman woman who filed a child sexual abuse lawsuit against comedians Tiffany Haddish and Aries Spears – identified as Jane Doe – had a change of heart. Earlier this month, she wrote a letter to the Los Angeles County District Attorney’s Office requesting both Tiffany and Aries both be prosecuted and arrested. Now, the case has been dismissed.

Jane Doe asked the judge to dismiss the case with prejudice, which means it cannot be filed again in that court.

Aries Spears took to Instagram to react, asking folks to “keep that same energy” they had towards him when the lawsuit was first filed.

You’ll recall, Jane Doe filed a lawsuit against comedians Tiffany Haddish and Aries Spears for alleged child sexual abuse with disturbing allegations about how she and her brother were allegedly coerced into performing sexually suggestive acts on camera while underage.

The woman is now 22-years-old and her brother is now 15-years-old, and she is now the legal guardian of her brother. In the suit, the siblings claimed the comedians’ disturbing actions traumatized them for life.

After the case was dismissed, Jane Doe issued a statement to TMZ that said, “My family and I have known Tiffany Haddish for many years – and we now know that she would never harm me or my brother or help anyone else do anything that could harm us. We wish Tiffany the best and are glad that we can all put this behind us.”

In the statement, Jane Doe did not mention Aries Spears, but it’s reported he’s cleared as well.

In the video with the paps, Tiffany didn’t specify which jobs she may have lost. Earlier this year, it was announced she would be returning for Season 2 of Apple’s “The Afterparty.” Her next big film is the Disney horror comedy “Haunted Mansion,” which is currently in post-production.