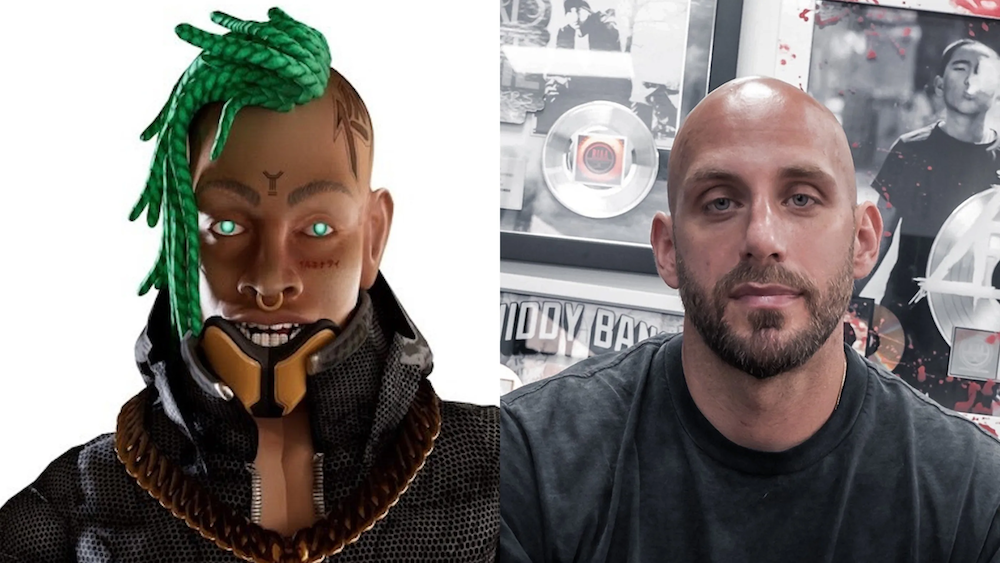 Anthony Martini seems to have put his foot in his mouth.

The music executive made headlines this year for his defense of FN Meka, an A.I.-generated rapper that was backed by Martini’s New Factory project. The digital artist would go on to land a deal with Capitol Records, but was quickly dropped by the label following outrage over Meka’s use of racial slurs and stereotypes.

Martini defended the project in a statement to the New York Times this month, questioning why people didn’t have the same criticism for lyrics written by real-life rappers.

As pointed out by Rolling Stone, Martini—who is white—has a history of using the n-word in his music. Before working for companies like Royalty Exchange and Crush Management, the 43-year-old fronted the New Jersey hardcore band E.Town Concrete. The group released four albums in the late 1990s and early aughts, including ’97’s Time 2 Shine.

According to the magazine, the project’s “4 the Fame” cut featured Martini using the n-word in the opening line, as he raps, “It gave me chills the first time that I saw that n***a since he shot LaGhram.” The slur is used several more times in the track, and is also uttered on songs like “One Life to Live,” “Hold Up,” “End of the Rainbow,” and “Justwatchastep.”

“H2O my fucking god, come so fuckin’ deep, deep space nine up out this piece,” he raps on the latter track. “Puttin’ n***as to sleep like Simmons Beauty, rest in peace/Come complete, bring it in, taste the concrete.”

Martini also used the n-word throughout the group’s 1999 sophomore album, The Second Coming. The slur is featured in a handful of titles, including “First Born,” “Dirty Jer-Z,” “Shaydee,” and “Guaranteed.” Martini, who is credited as a co-writer on Spotify, apparently stopped using the n-word in E.Town Concrete’s subsequent projects.

Rolling Stone reports Anthony Martini and the band have continued to perform over the last decade, but have been inconsistent when censoring the n-word. The outlet points out Martini hadn’t used the slur while performing in Long Beach earlier this month, but was filmed using it during several gigs in 2015, 2016, and 2018.

Martini cut ties with FN Meka and New Factory earlier this year. He has yet to publicly comment on the Rolling Stone report.