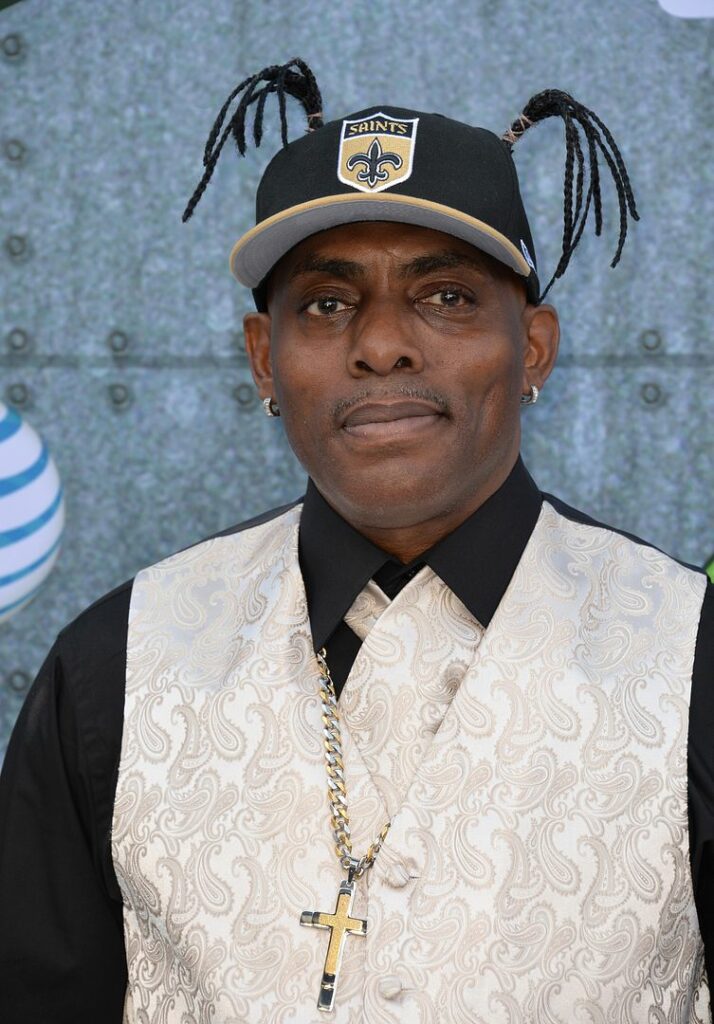 In shockingly sad news, rapper Coolio has died at the age of 59. The Los Angeles Police Department says he had a medical emergency where EMTs spent 45 minutes trying to revive him, but were unsuccessful. More details inside…

In extremely sad and unfortunate news, rapper Coolio – most known for his mega 90s hit “Gangsta’s Paradise” – has died. He was 59.

According to reports, Coolio (real name Artis Ivey Jr.) was found unresponsive in a bathroom at a friend’s house Wednesday afternoon. The friend became concerned after Coolio was in the bathroom for quite some time and yelled out for him. After not getting a response, the friend reportedly went inside the bathroom and found the Compton native laying on the floor.

The friend called 911 and EMTs quickly began performing CPR on him when they arrived. After 45 minutes of trying to revive him, unfortunately, they were unsuccessful. Los Angeles police Lt. Byron Roberts confirmed Coolio passed away after a medical emergency and they do no suspect foul play at this time. No official cause of death has been determined at this time.

“We are saddened by the loss of our dear friend and client, Coolio, who passed away this afternoon,” Sheila Finegan, Coolio’s manager at Trinity Artists International, said in a statement. “He touched the world with the gift of his talent and will be missed profoundly.

“Thank you to everyone worldwide who has listened to his music and to everyone who has been reaching out regarding his passing. Please have Coolio’s loved ones in your thoughts and prayers.”

Coolio has been consistently performing at festivals all over the UK and the US. According to his longtime manager, Jarez Posey, the “Fantastic Voyage” rapper traveled from Vegas (where he lives) to Los Angeles so he could get or renew his passport. He had shows scheduled in Germany this weekend, so he needed to get his passport. He apparently had some problems getting the passport in L.A., so he and his manager were going to go to San Diego to get the job done. Sadly, Coolio never made it.

Coolio won a Grammy Award for Best Solo Rap Performance for “Gangsta’s Paradise,” which was a track from the 1995 film Dangerous Minds, starring Michelle Pfeiffer. It was also the title track to his sophomore album. The song sampled Stevie Wonder’s 1976 song “Pastime Paradise.” “Gangsta’s Paradise” climbed climbed up to Billboard’s No. 1 single of 1995 and sold more than 6 million copies. It

Rappers Snoop Dogg, Ice Cube, Ice-T, and MC Hammer, as well as actor Martin Lawrence, paid tribute to the late rapper once they found out about his death.

This is sad news. I witness first hand this man’s grind to the top of the industry. Rest In Peace @Coolio https://t.co/vCeyn08Vsi

Holly Shit!!! I was just talking to him 2 weeks ago! He was performing in Europe… This is so Fd up… https://t.co/gFWO6FDKUQ

My deepest condolences and prayers go out to the family of @Coolio #rip pic.twitter.com/vH68qVolRy

As recently as last week, Coolio hit the stage at the Frederick County Fair in Maryland:

He’s also been celebrating his iconic song/video “Gangster’s Paradise” hitting 1 billion views on YouTube and 1 billion streams on Spotify since being added to the platforms in 2017.

Salute to the legendary Compton rapper with an even bigger legendary personality we’ll never forget. R.I.P.