BOO’D UP: Halle Bailey Does Paris Fashion Week With Her Boyfriend DDG 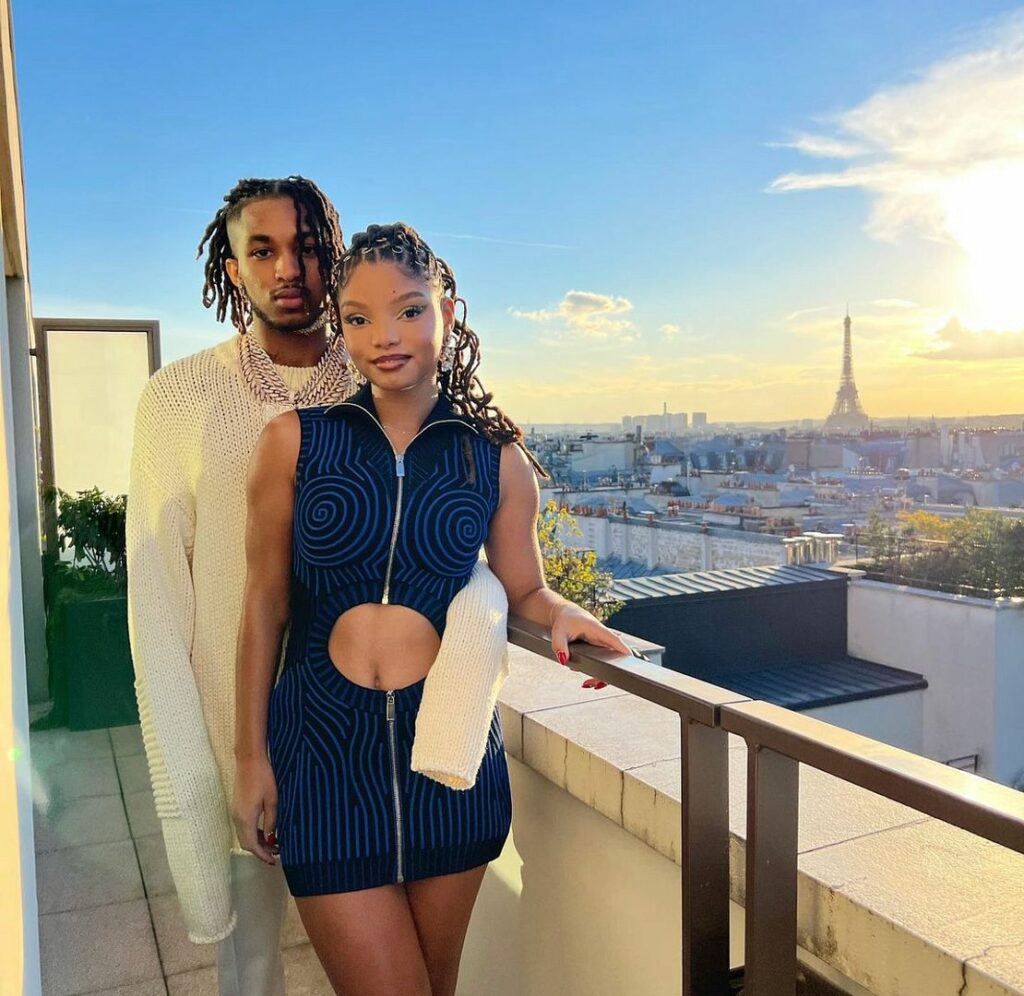 Boo’d up! Boo’d up! Halle Bailey and her boyfriend DDG take their love to Paris Fashion Week. Peep their cutesy photos inside…

Singer/actress Halle Bailey and rapper/YouTuber DDG first connected through music. DDG is a popular social media influencer, so she first noticed him back in 2015 scanning through the video app. Once he dropped his music, that’s when she really “gravitated” toward him. “Coincidentally he messaged me — and the rest is history,” she shared about how they first met.

Now, they’re enjoying their love of fashion together, making their rounds at Paris Fashion Week.

The Little Mermaid star attended the Off-White show at PFW to check out the brand’s spring 2023 collection. She rocked a black and blue minidress that featured a cutout at her midriff. 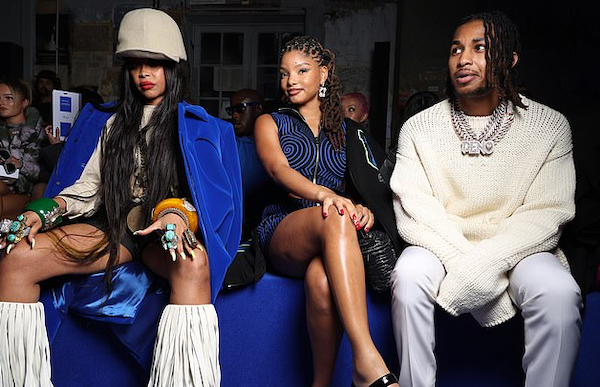 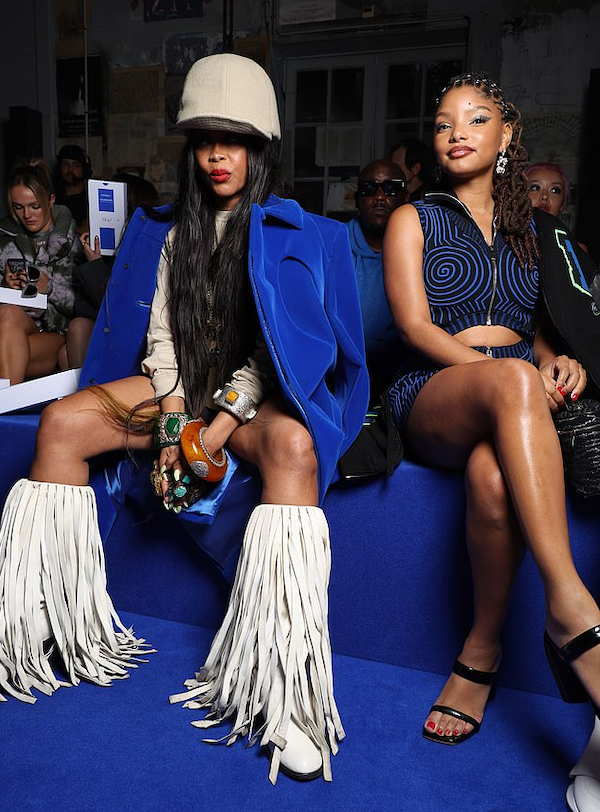 The soulful songstress reposted Halle’s post and dubbed the young artist, “My Hitta.” 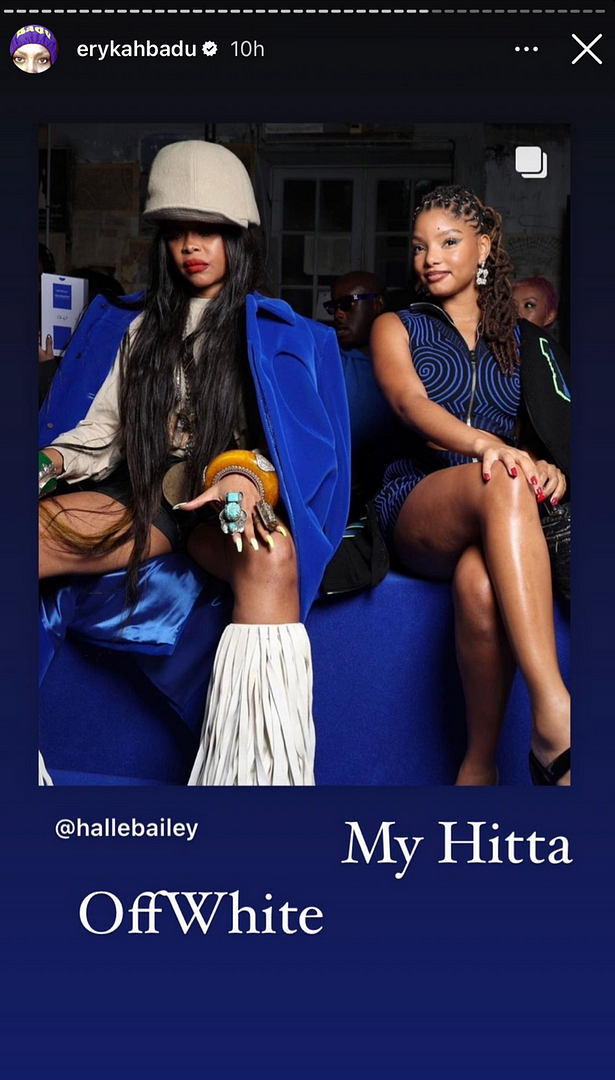 DDG also shared some flicks with Halle from PFW: 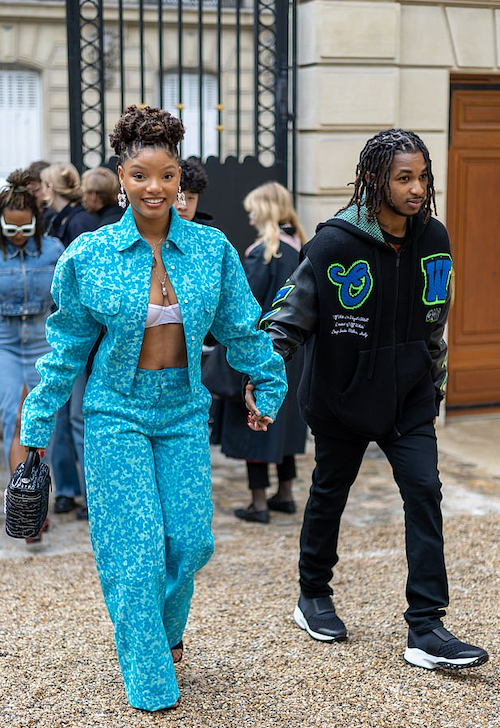 Holding hands in the streets of Paris, Halle and DDG hit up the Roger Vivier show held at Hotel Vivier to check out the new Spring-Summer ’23 collection from the accessories brand. 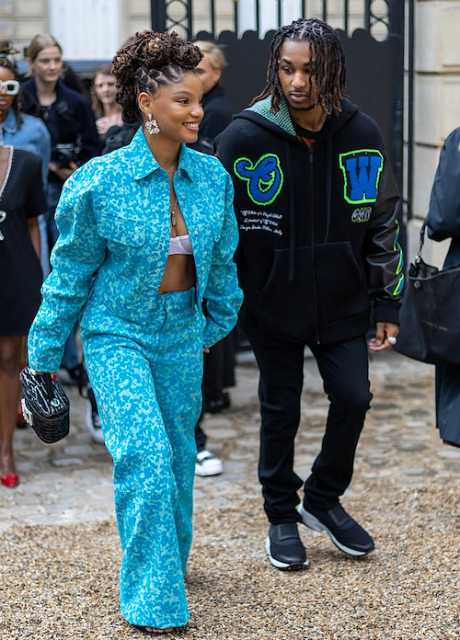 Blue was the hue! Halle stood out in a blue camouflage ‘fit that featured a cropped jacket and wide-leg pants along with an Off-White bralette top. DDG coordinated with Halle in a black varsity jacket with blue accents and black pants.

Looks like the couple is having a blast in Paris – a total 360 from two weeks ago.

The “Moonwalking in Calabasas” was brought up on charges from his June 2022 arrest. According to TMZ, DDG (real name Darryl Dwayne Granberry Jr.) was hit with 2 counts of firearm possession and one for reckless driving.

A Los Angeles city attorney charged him with carrying a loaded weapon, one count of carrying a concealed weapon (9mm handgun), and one count of reckless driving – all misdemeanors. Police pulled him over after he was spotted driving his Lamborghini erratically.

If convicted, each of the firearm charges could land him a year in jail, and his reckless driving charge has a max penalty of 90 days.

Outside of that drama, DDG recently spoke out about how Halle is handling hateful criticism aimed at her since the trailer for the live-action Little Mermaid dropped. He said he was shocked by all the controversy and the level of racism that has been spewed online.

“She be laughing it off, [but] they be going a little too hard,” he said during an interview on the Bootleg Kev podcast. “But I feel like the people is more attacking the character rather than her, personally.”

He said he feels she’s caught in the crossfire.

“I didn’t know people was this racist. I didn’t know this was a thing,” he said. “I thought this sh*t was gone already, I thought that shit was gone! I thought Martin Luther King [Jr.] canceled that sh*t out. This sh*t is crazy, I was like ‘what the f*ck is these n***as talking about?’”

He continued: “But at the end of the day, them motherfuckers are still tapping in. They still gonna watch that b****. It’s going No. 1, regardless. And every single Black person in the world is gonna watch for sure.”

After catching heat for saying MLK erased racism, he clarified his statement on social media.

“I was valedictorian in high school,” he wrote on Instagram. “Obviously MLK ain’t stop racism … It’s called exaggeration lol. See this what’s wrong with our people these days. We attack each other all day every day and no one else. SMH. Y’all have a blessed one.”

There you have it.