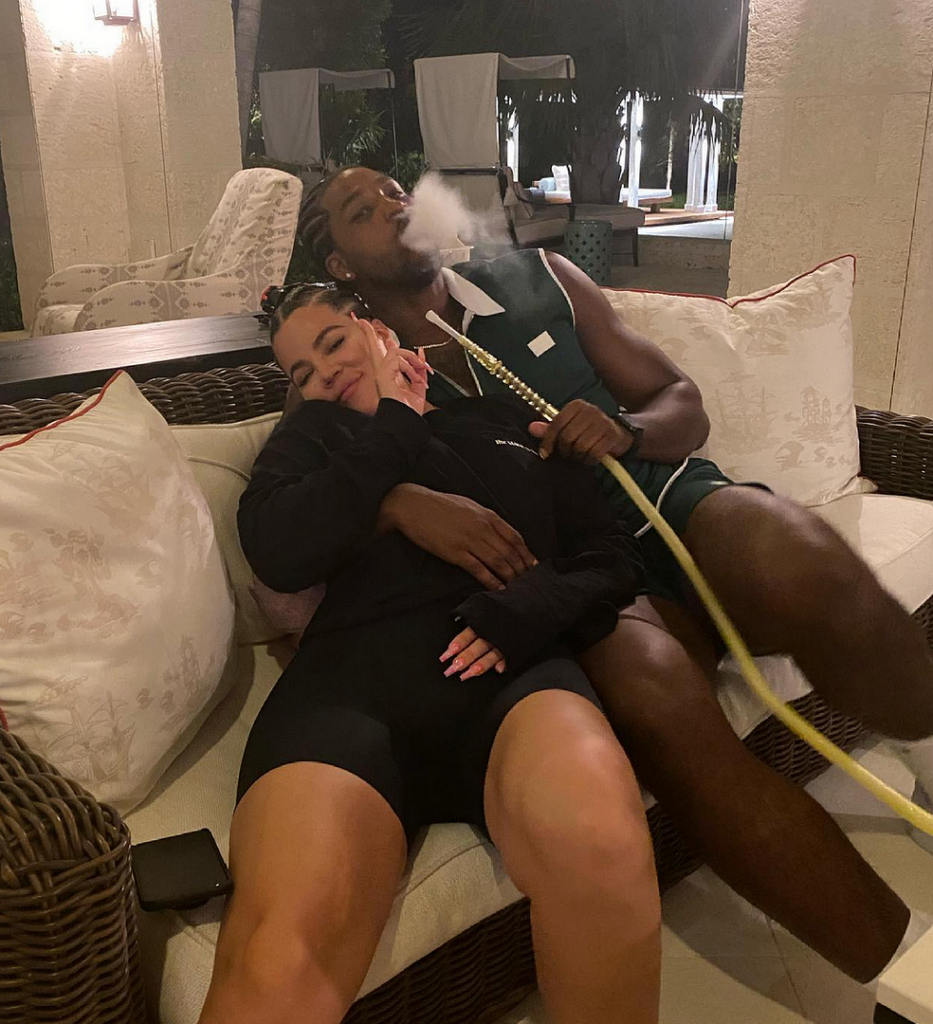 Turns out, Tristan Thompson was engaged to Khloé Kardashian for nine months until she found out he was having another baby with another woman. The reality star was examined by a doctor who said the NBA player caused her “emotional trauma” in her brain. The thing is, the doctor she went to isn’t well respected in the medical field. Hmm….deets inside….

So, Maralee Nichols WAS telling the truth about Tristan Thompson being engaged to Khloé Kardashian.

Even after several PUBLIC cheating scandals BEFORE the side chick (?) baby mama drama, Khloé Kardashian took Tristan Thompson back and said “yes” when he proposed…for a second time.

According to E! News, the Chicago Bulls player asked Khloe to marry him in December 2019, but she turned him down. In February 2021, he asked again and said yes.

#KhloeKardashian is hinting at something with this promo post about shoes where she’s showing off her and a on THAT finger. #TristanThompson https://t.co/P4QgHpWCsx pic.twitter.com/QvuMebjB2Y

However, it was short lived. Nine months after accepting his wedding proposal, news broke that Third Trimester Tristan was facing a paternity lawsuit after fathering a baby with IG fitness model Malaee Nichols.

In March 2022, Maralee revealed Tristan was, in fact, engaged to Khloe after exposing text messages he sent to her while pregnant. Before giving birth to their son, Theo Thompson, in December 2021, Maralee revealed Tristan tried to persuade her to have an abortion. His reason was that was engaged to Khloé and would soon be married, so he wouldn’t be able to be involved in the child’s life by any means.

“You literally just told me you are engaged and are trying to be with your family.. I didn’t even know you were engaged. You have a record of treating me like absolutely crap and this whole situation has been upsetting,” Maralee texted Tristan in April 2021.

Days later, Tristan allegedly responded, “I’m engaged but I will be married soon. I told you I won’t and can’t be in the child life at all by no means … Why not wait till yoj [sic] find the right person to have a family with. Why would you want a baby with a man that’s engaged. You wanna keep a mistake.”

The text message exchange was around the time Tristan’s second baby mama, Khloé, was sharing IG flicks of herself wearing a massive diamond ring on her ring finger. 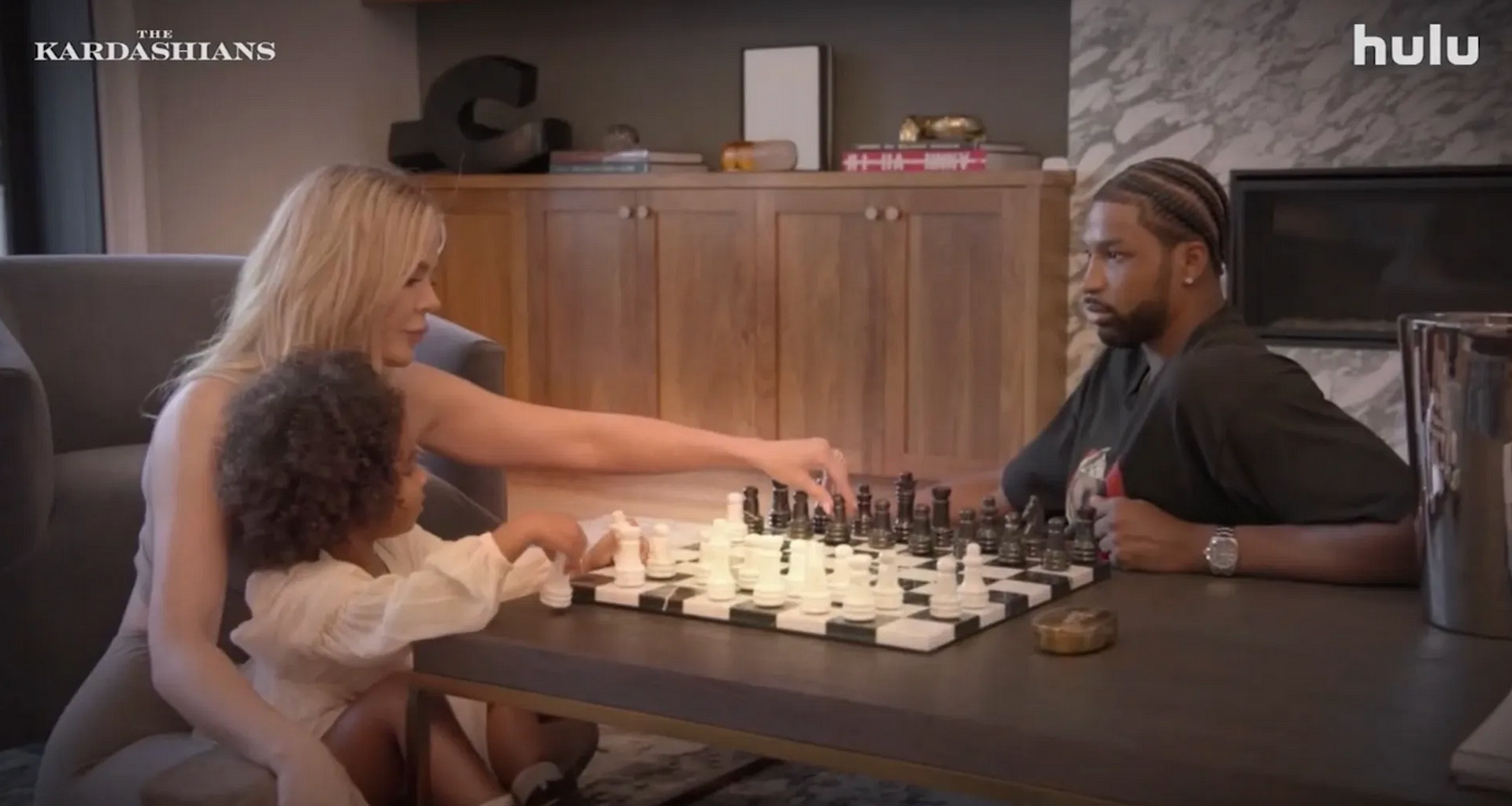 In an episode of “The Kardasians” Hulu series, Khloé revealed their second child was conceived via surrogate before she found out Tristan was having another baby with another woman. The Good American co-founder opened up for the first time about how she dealt with the revelation that Tristan had a baby with another woman at the same time they were expecting their second child together. Tristan and Khloe share 4-year-old daughter True Thompson.

this week on #TheKardashians… pic.twitter.com/2oWap9tTzC

On a more recent episode of “The Kardashians,” Khloé visited Dr. Daniel Amen where she underwent a brain scan, which showed signs of distress and anxiety.

“You worry, and you can be anxious and you’ve had trauma, do you see this diamond? This often will go with emotional trauma,” Dr. Amen told Khloé.

”My last ex-boyfriend, there was a lot of cheating while I was pregnant,” she responded. “Then he just had a baby with someone else while we were together, all these things I find out about from social media myself – so it’s pretty traumatic,” she concluded.

Dr. Daniel Amen is one of the most popular psychiatrist and he has worked with tons of celebs. However, his colleagues aren’t convinced. Officials at major psychiatric and neuroscience associations and research centers claim his SPECT (a type of nuclear imaging test that measures blood flow in organs of the body) claims are no more than myth and poppycock, buffaloing an unsuspecting public, according to The Washington Post.

None of the nation’s most prestigious medical organizations in the field — including the APA, the National Institute of Mental Health, the American College of Radiology, the Society of Nuclear Medicine and Molecular Imaging and the National Alliance on Mental Illness — validates his claims. No major research institution takes his SPECT work seriously, none regards him as “the number one neuroscience guy,” and his revelations, which he presents to rapt audiences as dispatches from the front ranks of science, make the top tier of scientists roll their eyes or get very angry.