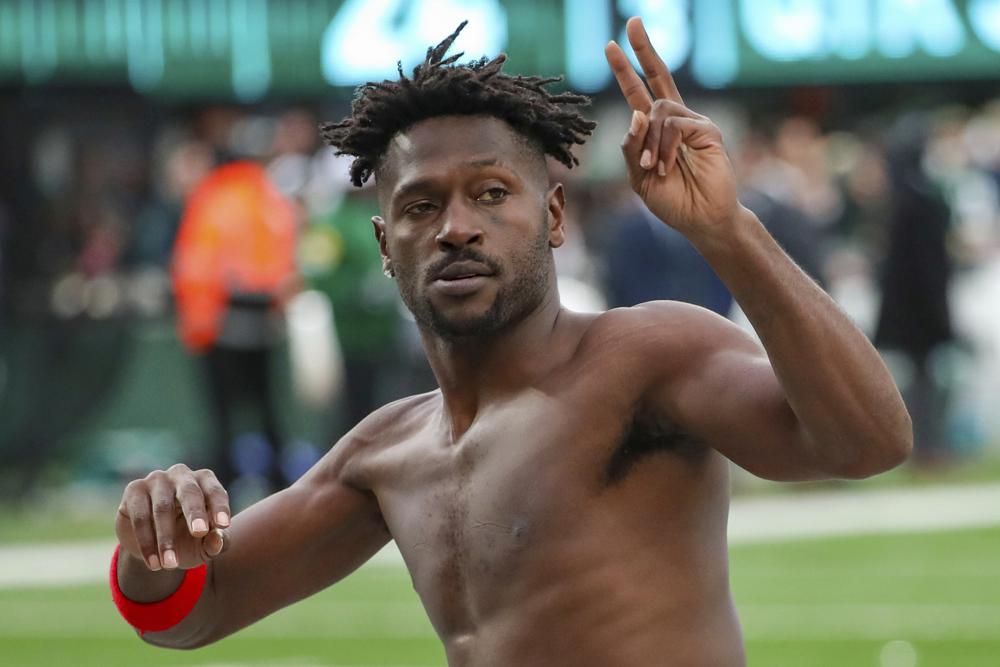 Antonio Brown is back in the headlines! The NFL free agent reacts to backlash he has been receiving after a disturbing video surfaced that showed him putting his naked butt in a woman’s face and exposing himself to hotel guests. More inside…

Antonio Brown is out here…well, being AB.

The NFL wide receiver – who remains an unsigned free agent – took to Twitter to defend himself after a disturbing video of him surfaced where he exposed himself to hotel guests in a poll in a Dubai hotel. He was also seen putting his naked behind in a woman’s face while in the pool.

The incident reportedly occurred in May 2022 at the Armani Hotel Dubai.

In the video (obtained by The New York Post), AB engaged with a female guest in the pool while totally nude. As a crowd of people cheered him on, the former wide receiver lifts himself out of the water and puts his bare behind in the woman’s face…twice!

After that, he is seen tying a scarf around a woman’s head before tossing her head first into the water “like he was spiking a football,” according to the New York Post.

In a separate clip, AB is seen swimming toward the woman before he exposed his genitals in the direction of the woman, which caused another woman to yell, “Oh my God!”

Watch some of the footage below:

Antonio Brown was asked to leave a Dubai hotel after he was caught on video shoving his bare butt into a women’s face and flashing her his private parts pic.twitter.com/Dfz7OSWKWC

It’s reported AB – who last played for the Tampa Bay Buccaneers in 2021 – had just met the woman and she was fuming after the encounter. Shortly after the incident, the hotel reportedly asked AB to leave. He also allegedly violated hotel dress code and left his room smelling like marijuana, which is in violation of the law in the United Arab Emirates.

Once the video hit social media, people began to blast him for committing sexual assault.

Antonio Brown is definitely going to jail for sexual assault. What a loser @AB84 pic.twitter.com/EyBE4Sa0xO

Antonio Brown completely and utterly out of control. That video is super weird. Just like straight up filming some pool side sexual assault pic.twitter.com/njt5oGjE8F

Remember when Antonio Brown quietly settled a sexual assault lawsuit and the NFL pretended like nothing happened? And the Buccaneers went on to win a Super Bowl? I do.

That shit Antonio Brown did is DISGUSTING! Idc who agrees or not! That’s fucking sexual assault/harassment. Please, save the fact that she’s laughing. That’s a defensive mechanism many people do in uncomfortable situations. You men taking up for him are pathetic!

Antonio Brown sexually assaults visibly uncomfortable woman and then exposes his penis to multiple guests******
I mean seriously did you guys even watch the video? He grabbed her and threw her back down in the water. No wonder she went in to the hotel crying.
What a sick pervert. https://t.co/xzAtbg1Tg8

After receiving backlash online, AB – who settled a sexual assault lawsuit involving his former trainer in April 2021 – hopped on Twitter to defend himself. 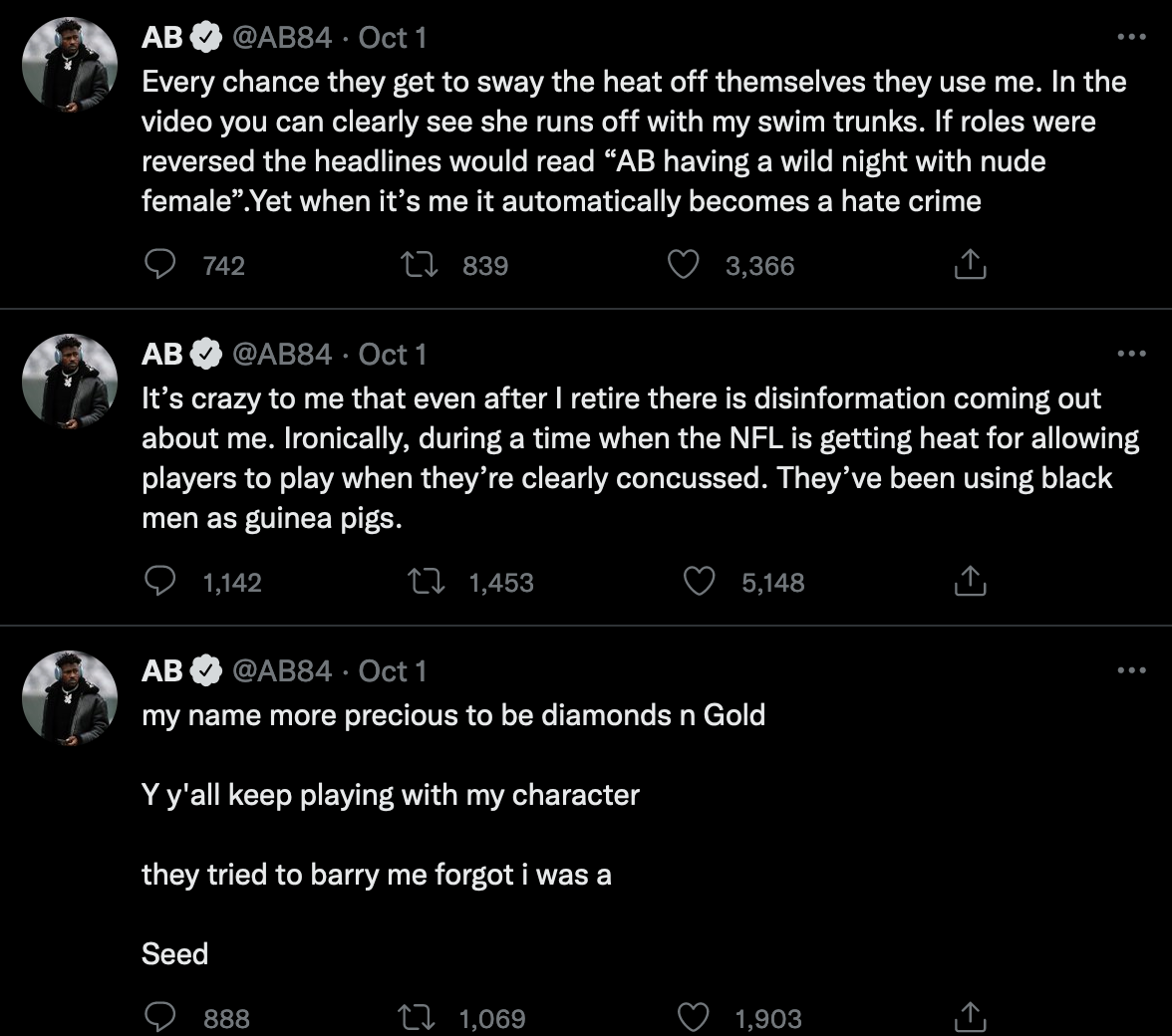 “It’s crazy to me that even after I retire there is disinformation coming out about me,” he tweeted. “Ironically, during a time when the NFL is getting heat for allowing players to play when they’re clearly concussed. They’ve been using black men as guinea pigs,” he continued.

He claims the woman took his swimming trunks off:

“Every chance they get to sway the heat off themselves they use me. In the video you can clearly see she runs off with my swim trunks. If roles were reversed the headlines would read ‘AB having a wild night with nude female.’ Yet when it’s me it automatically becomes a hate crime.”

AB posted a joke about “exposing a D” following his viral video.

”I’m telling every team that needs some offense to pick up AB bc he’s shown that he still has the ability to expose a D,” he tweeted, tagging the NFL’s official Twitter account.