Yung Miami Explains Why She Isn’t A ‘Side Chick’ Or ‘Sneaky Link,’ Says She Never Wants To Get Married 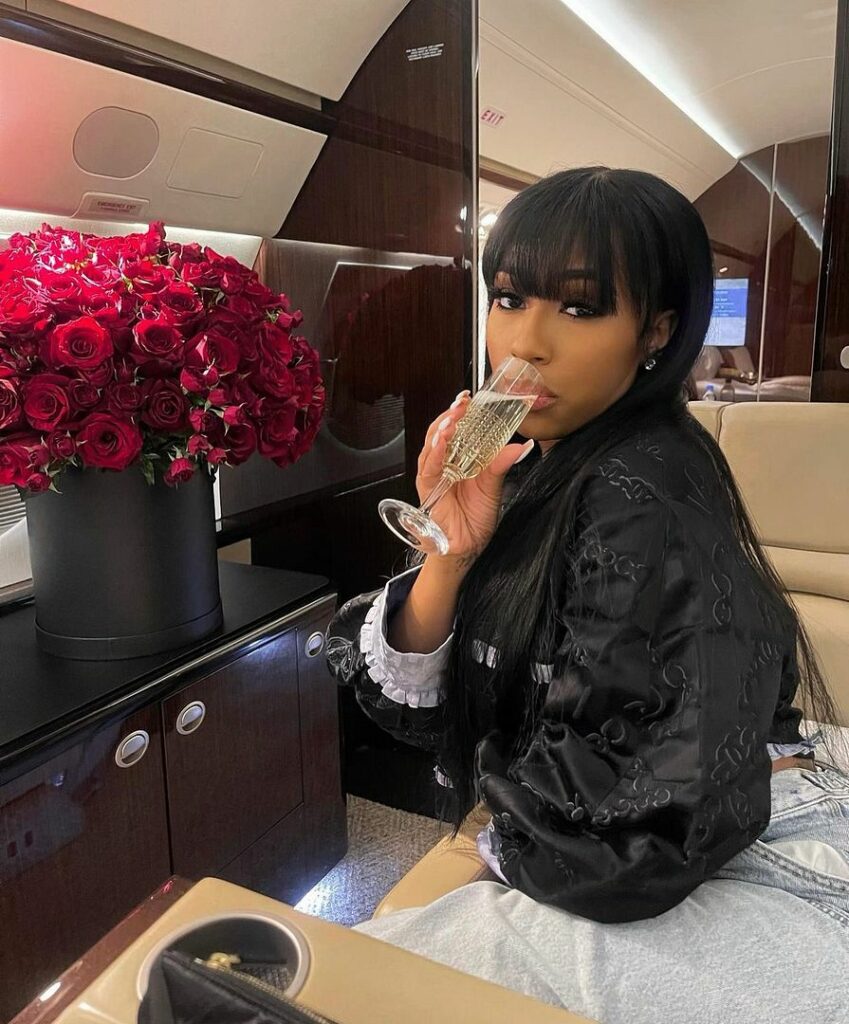 Yung Miami wants to make one thing clear: She’s not a side chick and is loving her lifestyle. So much so, she has decided she does not want to get married. Hear her explanation inside…

Depending on who you ask, one would say Yung Miami/Caresha is in a relationship with Diddy. But that’s not really true, at least, according to them.

The City Girls rapper, 28, and the Hip Hop mogul, 53, have an “understanding” in which they do couple-like things with each other while also being allowed to see other people. They publicly show love to one another, but they also can have a sneaky link or two. It’s what’s working for them.

Yung Miami loves the lifestyle that allows her to turn up in Los Angeles one minute and then luxuriate on a private yacht in Capri the next. It’s the life many people chase after, and she’s enjoying every minute of it.

Caresha’s situationship with Diddy allows her to “be outside,” and apparently, Yung Miami isn’t trying to go inside any time soon.

During a recent Instagram Live with her fans and friends, the “Act Up” raptress started answering “this or that” questions from her fans, sharing intimate details about herself like how she prefers sex over money, and that she prefers to be “on top” during sex.

”Uhh, I hate a boyfriend d*ck,” she said as she scrolled through the comments.

”Rich or faithful?” a fan asked.

“Rich!,” she answered. “None of these n*ggas is faithful. i done been around them all. The husbands be the biggest tricks. And he gone love that side b*tch.”

Clarifying that this was not her situation now, she broke down how a chick would have to hit up a man who has a wife/girlfriend.

As she continued to answer questions, Caresha said she prefers rappers over athletes because “life is not a game for them. I need a n*gga who thinks life is a game. You too serious for me.”

While reading the comments, someone said, “not every n*gga the same.”

”Girl, that’s what y’all think,” Caresha responded. “It be the ones y’all think. Girl, please.”

When it comes to her partner’s size, she said she likes them “thick…like it stretch you out.”

She said whenever she meets a man’s wife, she instantly thinks, “You so dumb. Yeah, she’s at home crying,” she said.

“I feel sorry for her. Well, some people are happily married, I’m just not…”

After reading more comments, Caresha said, “I never been a side b*tch. let’s be clear.”

”Yes, you have,” Saucy Santana reacted.

Caresha said she was one once in high school, but it doesn’t make sense to her now — while she’s in her prime — to be a “side b*tch.”

Saucy Santana then asked Caresha what the difference was between a “side b*tch” and a “sneaky link.” Caresha said a “side b*tch” is when the person has a girlfriend and you accept it. A “sneaky link” is just someone you link up with to have sex. Nothing more, nothing less.

Caresha said she would rather a man tell her the truth than lie to her so she can have the “option” of dealing with that man. She said she can’t deal with a man that’s “sneaky.”

Watch her IG Live below:

Many would argue that Yung Miami is a side chick since she’s not necessarily Diddy’s “main,” but others argue he doesn’t have a “main,” so she’s right. It’s an interesting dialogue going on.

There were rumors that Diddy and Caresha called it quits after they both deleted photos of each other from their IG accounts. Not long after, Caresha was aboard a private jet with red roses and champagne:

The Miami native gave her “Papi” a shoutout for “Gotta Move On,” his track with Bryson Tiller, reaching No. 1 on the Adult R&B Airplay chart.

“Congratulations on going #1 @diddy !!! Well deserved I’m so proud of you, your hard work and dedication never go unnoticed KEEP INSPIRING,” she wrote.