It’s Thanksgiving — what movie should you watch? 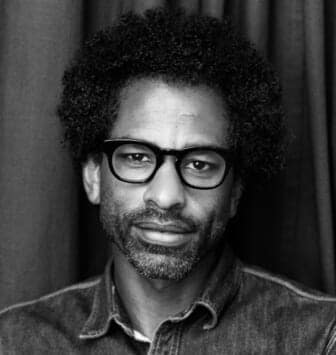 OPINION: Here are several great Black films that may bring the family together.

In Black homes, the conversation about what movie to watch after Thanksgiving dinner is quite often a contentious one. For many years, that was where we fell into a generational battle. Older relatives, especially the moms and the aunties and the grandmoms would want to watch the latest Tyler Perry movie because it was nice, fun and wholesome with a Christian message. Family members under 40 might propose the latest Spike Lee film because it was more artistic. This war raged for years but, my friends, this holiday could be different because I’m here. I have tried to help heal the divide by putting together a curated list of films that may have intergenerational appeal. In no particular order…

1. “Emergency” is an amazing 2022 independent comedic drama about a trio of Black and brown college boys who stumble upon an unconscious white girl on the floor of their friend’s house. They can’t leave her there because she could die, and they’re not heartless, but if they alert authorities then, of course, people will assume that the boys are responsible for her being sick. They’ve got to get her to the hospital without anyone seeing them. A chaotic journey ensues. “Emergency” is a great example of how the specter of racism stalks Black lives and shapes our choices even when no one has done something racist (yet). I’ve been recommending this film to everyone because it’s fantastic and no one’s talking about it. It’s on Amazon Prime.

2.  “Sorry To Bother You” is one of the smartest and funniest films I’ve ever seen, and it’s surely one of the most bitingly anti-capitalism films ever made. It stars LaKeith Stanfield as a young call-center worker who rockets up the corporate ladder only to discover the higher you go the deeper you plunge into hell. There’s also a bizarre subplot about people escaping the rat race but agreeing to go to a virtual prison. This film exposes the absurdity of capitalism and the impossibility of escaping it. Stanfield is brilliant, and Tessa Thompson is extraordinary as his girlfriend. It’s on Netflix.

3. “Summer of Soul” is an absolute joy and without question a movie for the whole family. This Oscar-winning doc directed by Questlove takes us through an epic multi-day concert in Harlem in the ’60s with performers including Sly and the Family Stone, Stevie Wonder, Mahalia Jackson, Nina Simone, Gladys Knight and the Pips and more. But it’s more than just a concert film. It’s about music, it’s about Blackness, it’s about Harlem — it takes you on a journey. It’s on Hulu.

4.  “Uncorked” is the heartwarming story of a young Black man who dreams of being a master sommelier. He wants to chart his own course in life, away from the soul food restaurant his dad is training him to run. It’s about wine, it’s about family, it’s about pursuing your dreams. This is definitely a film for the whole family. It’s on Netflix.

5.  “Dope” is the amazing story of a boy who wants to get out of the hood and into college, but that means he must somehow sell a bag of drugs that fell into his lap. He’s a nerd who must learn how to use nerdiness to his advantage. This is a wild, madcap, crazy journey that stars Shameik Moore and Zoe Kravitz. It’s on Netflix.

6.  “Da 5 Bloods” because I have to stand up for my man Spike Lee. I live in Ft. Greene, Brooklyn, where his early films were shot and set and where his office is to this day. If you live around here, you’ll see him and his family all the time. That said, Lee’s later career has had some duds ( “Chi-raq” and “Da Sweet Blood of Jesus” were misfires, and I had many problems with “BlacKkKlansman”) but his most recent feature is powerful. A group of older Black men, Vietnam war vets, go back to Vietnam to honor their fallen leader, played by Chadwick Boseman, and maybe to retrieve some treasure they left behind if they can find it. Chaos ensues. It’s on Netflix.

Hey, if that doesn’t help and you can’t find anything to watch, and your family starts arguing even more, consider “Judas and the Black Messiah” about the FBI infiltrating the Black Panthers, or “Marshall” where Chadwick Boseman plays a young Thurgood Marshall, the crusading lawyer who helps save Black people, or maybe take it back to “Set It Off,” the ultimate Black female bank heist flick. And if none of that works, you can tweet at me @toure and say hey, man we need more suggestions. I’ll be there for you. Unless Twitter falls apart. Then you’re on your own.

Touré is a host and Creative Director at theGrio. He is the host of the podcast “Toure Show” and the podcast docuseries “Who Was Prince?” He is also the author of seven books including the Prince biography “Nothing Compares 2 U.” Look out for his upcoming podcast “Being Black In the 80s.“

The post It’s Thanksgiving — what movie should you watch? appeared first on TheGrio.