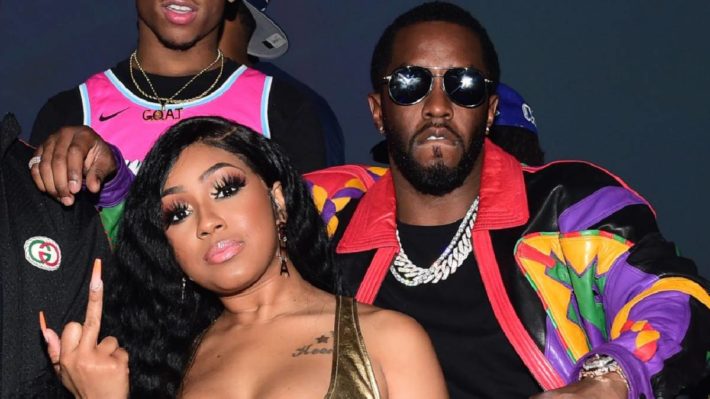 Sean “Diddy” Combs and Yung Miami spent Thanksgiving Day serving meals to over 3,000 people in need at The Caring Place in Miami.

The 53-year-old rapper donned a black and white shirt as he served food for individuals experiencing homelessness.

He added black shorts which ended just below her knees, and he walked in shiny black shoes.

While serving up one of the people in line, Diddy cuddled up to Yung Miami, 28, who wore the same shirt but donned tiny short shorts.

She walked in black sneakers and parted her brown silky in the middle. It fell to the top of her waist.

The couple were first linked last summer though Miami revealed back in September that the pair aren’t exclusive.

They might not be dating, but they are definitely close as the pair hung out with Diddy’s kids on the major holiday.

His 16-year-old daughter Chance and 15-year-old twins Jessie James and D’Lila Star also helped out their dad and posed alongside him and Yung Miami.

The girls all wore the requisite t-shirt with matching black pants or shorts and black and white sneakers.

On top of the three daughters that attended, Diddy also has two sons. They are: 28-year-old Justin and 24-year-old King.

Diddy walked around meeting some of the people at the charity event and chatting with a number of them.

The charity served meals to more than 3,000 people on Thanksgiving. Clothing and hygiene products were handed out as well.

The Caring Place in Miami has served homeless individuals for more than 100 years.

‘This Thanksgiving, it’s important to give back to the community and spread love to people less fortunate so they know they’re not alone or forgotten,’ Diddy said in a statement.

‘The Caring Place @ Miami Rescue Mission has been doing incredible work for over 100 years supporting those in need, and I’m thankful for the opportunity to partner with them, Caresha, and my family to bless the city this holiday season.’

The post Diddy and Yung Miami Spend Thanksgiving Serving Meals to the Homeless in Miami [Photo] appeared first on LOVEBSCOTT.