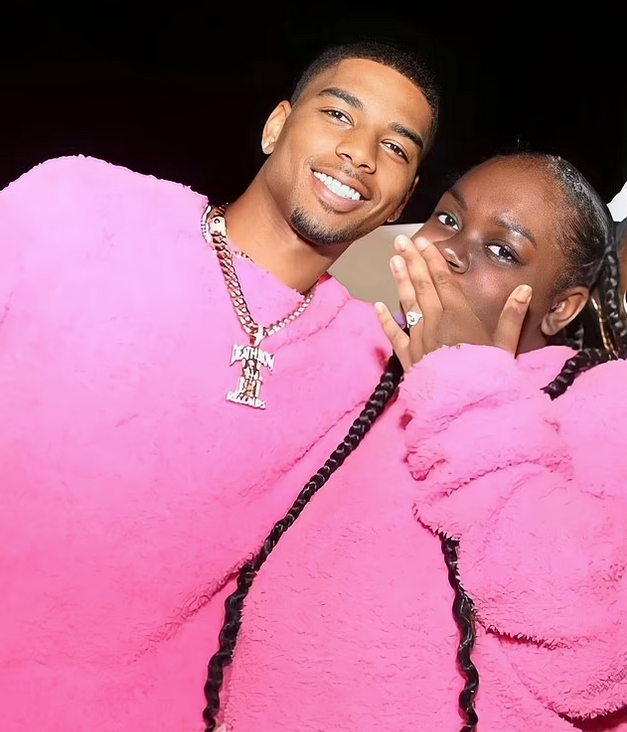 Major congrats to Snoop Dogg’s daughter, Cori Broadus, as she just got engaged to her longtime boyfriend Wayne Deuce. See the adorable proposal inside…

The Broadus Family will be celebrating a wedding soon!

Over the Thanksgiving holiday, Snoop Dogg’s daughter, Cori Broadus, 23, got engaged! She said YES to her longtime boyfriend, Wayne Deuce, who planned a super cute proposal.

The Choc Factory beauty line’s creative director popped the question with a massive sign that read, “Will you marry me Cori?” as friends and family looked on as he got down on one knee and placed a stunning pear-shaped diamond ring on her finger.

”She’s a fiancé,” the gorgeous bride-to-be captioned pictures of herself with her stunning ring. He did real good!

”Can’t wait to share my last name w/ you. My beautiful fiancé,” Wayne captioned pictures from the engagement as well as a video of her extraordinary meeting. Cori and Wayne have been dating since 2018. 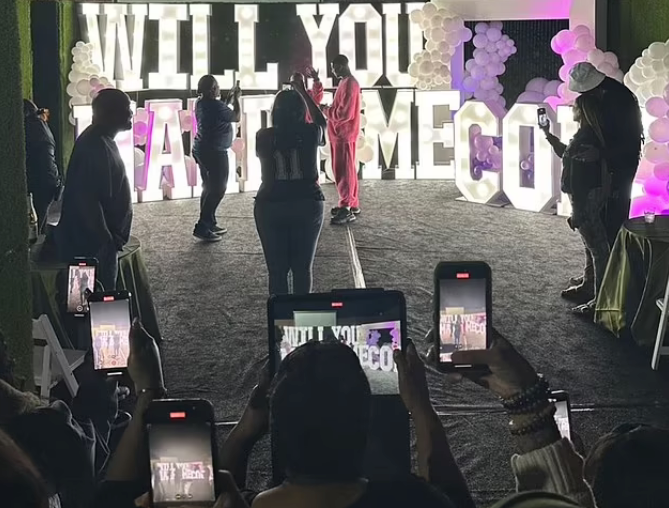 Proud dad Snopp Dogg took to Instagram to write, “Congrats baby girl U have been blessed. love u son in law. God is good.”

The Hip Hop icon also shared a repost of the moment she said yes, captured by his wife Shante Broadus:

”The Princess Has Found Her Prince Congratulations To My Heart @PrincessBroadus And My New Son-In-Love @WayneDuece,” Shante wrote.

The 51-year-old rapper is excited to welcome a new son into the family fold:

Trolls have been leaving disgusting comments about Cori in the comments, but people are blasting the haters:

It be the women who are so miserable and hella single commenting on snoop dogg’s daughter’s appearance after hearing about her engagement. And I see I trend with the type of women that are commenting. Where’s your ring sis? Where’s your man?

Not y’all being disgusting towards snoop dogg’s daughter because she got proposed to by a fine ass man and y’all single. It’s giving bitter

It’s crazy man social media is wild. They on IG going crazy in the comments about snoop dogg daughter being engaged bc she don’t look the same like every other IG chick look. Why he gotta be trynna come up off her? How y’all know he don’t got his own bag? She not even ugly lol

Instagram comments about Snoop Dogg’s daughter are disgusting. Bc she’s not light skin and BBL shaped, she’s ugly and doesn’t deserve a handsome man? Society is brainwashed. She’s beautiful and clearly has a heart of gold bc her man says it often.

In May 2021, Cori opened up about her struggles with mental illness, Lupus, and suicidal thoughts on social media.

She shared a post on IG revealing that her mental health hadn’t been great. Later, she went on IG Live to tell her followers how frustrating it has been to compare herself to IG models and feel as if her struggles were unjustified. She went on to share that her boyfriend (now fiancé) Wayne and her family “really give me a purpose to live & helped me realize life is much more than materialistic things.”

Watch the video below:

We’re glad she’s in a better space now! Congrats to her and her beau!