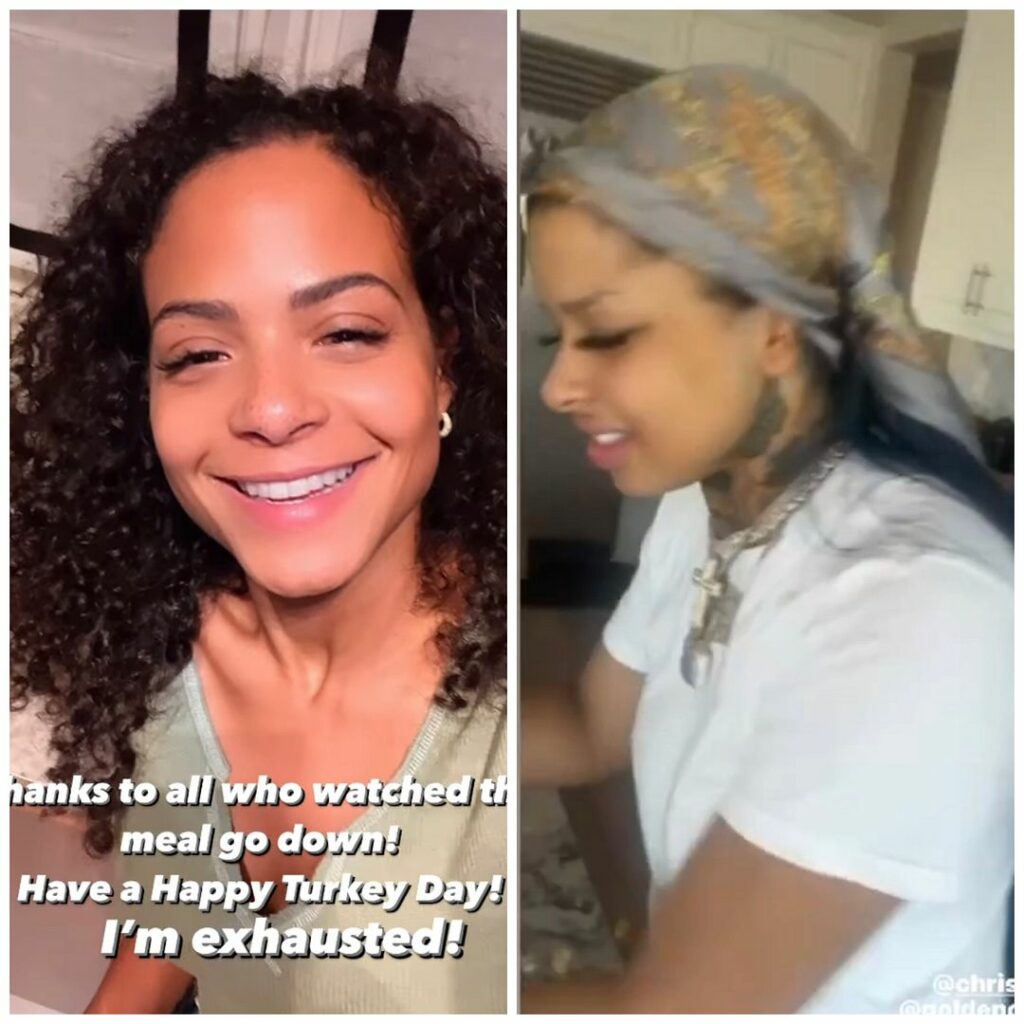 Christina Milian and Chrisean Rock are trending on social media after showing fans how they made their macaroni and cheese for Thanksgiving. The people are confused (and disgusted) that both ladies decided to use their bare hands instead of cooking utensils to mix it up.

Is making macaroni and cheese without utensils a “thing”? Apparently so, at least, for Christina Milian and Chrisean Rock.

Every Thanksgiving, the biggest debate on social media is how the macaroni and cheese is made and WHO made it.

This year, singer/actress Christina Milian and reality star Chrisean Rock shared how they make their mac and cheese, and the Internet has plenty to say about it.

This year was the first time the “Step Up: High Water actress” hosted Thanksgiving in Paris. Matt Pokora, Christina’s husband, is a French singer-songwriter, so she hosted Thanksgiving to share the holiday traditions with his family and friends. While cooking the feast, the 41-year-old mom hopped on TikTok Live to stream herself preparing the food.

The ingredients she used were approved by her watchers, however, when she started to mix everything together, that’s when folks started giving her the side-eye. She combined the raw ingredients with her bare hands, without the use of any kitchen utensils.

”And it’s just me and my family eating,” she said. “I’m probably grossing some of y’all out right now. Oh well. It’s going to be amazing,” she said during the TikTok live.

The way @ChristinaMilian is hand tossing this Mac & Cheese pic.twitter.com/YIivJQ7wWx

Violet Nash, Christina’s daughter, was also in the kitchen to help:

I thought that was very Non-FBA-ish
of her, and guess what family…@tariqnasheedpic.twitter.com/XdKncTO9aJ

Turns out, Christina wasn’t the only person to make her homemade mac & cheese with her bare hands:

Once the clips made it to social media, folks immediately started to go in:

I’m not sure but are Christina Milian’s hands in the Mac n cheese??!! I can not believe my eyes https://t.co/4bx85Ha4SF pic.twitter.com/Ju0wXMz5Ib

wtf Christian Rock and Christina Milian got going on…

Who tf was Christina Milian cooking food for ? I was watching her story and when she was cooking the yams not only was she touching the food with her bare hands but she licked her fingers and proceeded to touch the food without washing her hands

Do not eat the Chrisean Rock Mac & Cheese pic.twitter.com/ljOvOc8MuZ

The “Dip It Low” singer said she read all of the comments made about how she makes her mac and cheese and finds them funny:

I’m dying at the comments on the live.. lol. My hands were washed (with soap) beforehand. And then I rinsed them off to continue the rest of the Mac n cheese assembly.

She reposted a clip of her making her side dish on Twitter and responded, “Clean hands. But I got all that delicious cheese all in there and it was GOODT!”

Christina noted that her hands were clean before she started mixing the macaroni and cheese.

”I’m dying at the comments on the live.. lol. My hands were washed (with soap) beforehand. And then I rinsed them off to continue the rest of the Mac n cheese assembly,” she tweeted

After the mac and cheese was done, she shared how gooey and moist it came out:

Not dry at all. Just has a crispy delicious top. You here that MOIST sound? Yup I said MOIST https://t.co/tfqjbOGkht pic.twitter.com/wrN5zw4f8A

Chrisean, who’s starring in an upcoming ZEUS reality show with her boo Blueface, saw people’s comments about how she made her mac and cheese:

Hmm…mixing ingredients with bare hands is a “no” for us, but if this is how they do it, then that’s their business. Would you eat it?!