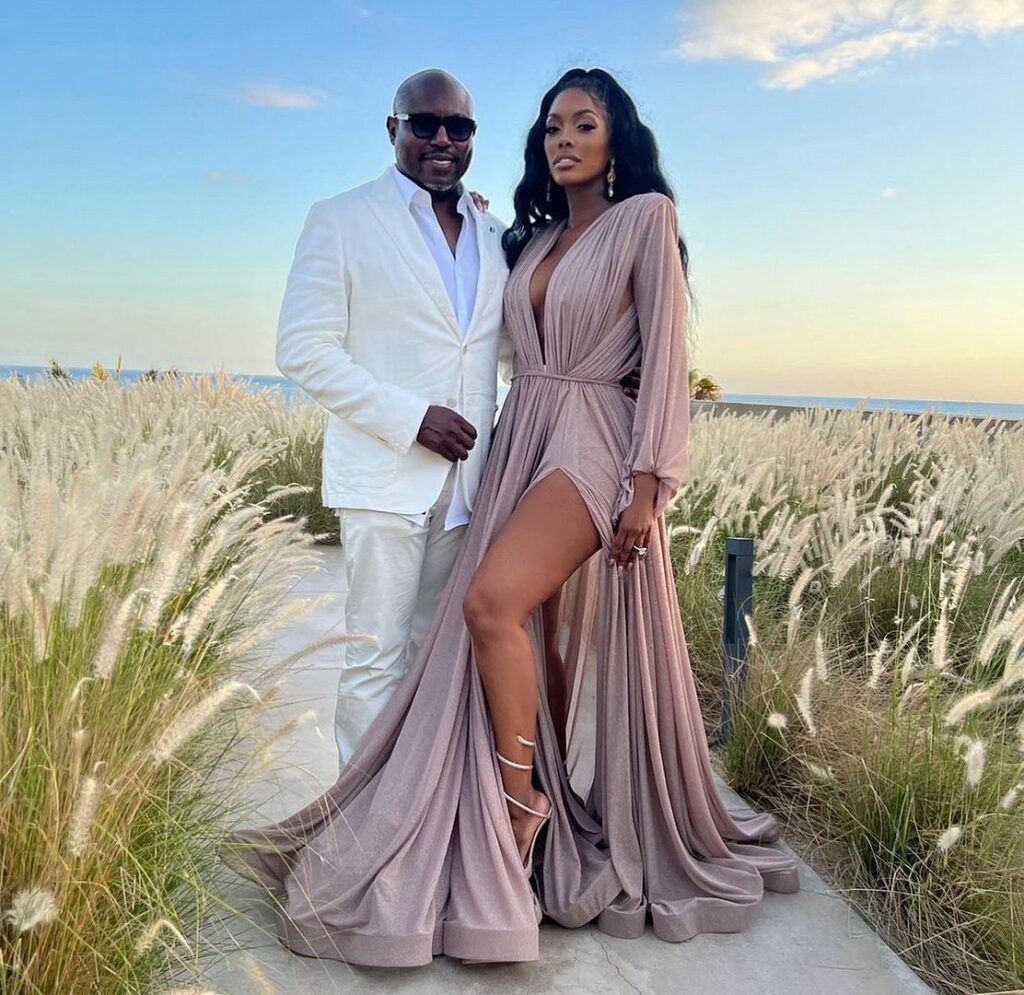 She’s a wife! Porsha Williams married her love Simon Guobadia in a traditional Nigerian ceremony and plans to wed again in a second American ceremony to celebrate their love and cultures. Go inside the first of two ceremonies….

The 41-year-old “RHOA” alum and the 57-year-old Nigerian businessman, who got engaged in 2021, said their vows to one another in front of 250 guests, including some Bravolebrites. Guests wore traditional or formal Nigerian-inspired attire in purple and teal. It’s reported that guests were asked to refrain from using their cellphones during the event.

”Mr. & Mrs. Guobadia,” she captioned their wedding photo on Instagram. “The Kingdom Of Benin Eseosa 11/25/22. Thank you everyone for all of your prayers and well wishes ! We love you for riding with us in this journey called life ! The best is yet to come !!”

”Today, we asked for Gods blessings and that of our ancestors in our union in the purest Tradition form,” Simon wrote on Instagram. “I’m thankful I’m married to a woman that embraces my culture. Please join me in welcoming Porsha Guobadia to the Benin Kingdom. To God we give the Glory, and ‘Oba ghato kpere ise’ meaning, ‘Long may you reign; our king, amen’

The wedding was a total “fashion extravaganza,” where the new bride made three outfit changes.

The beautiful bride wore a deep red wedding gown with feathers and gold embellishments by designer Lakimmy and topped it off with an okuku, which is a headpiece with Benin coral beads.

Later, the new bride changed into two gowns by the designer Tabik: one in royal blue and one in gold.

In total, she plans on making seven wardrobe changes over the course of the two days.

”It’s going to be a true fashion extravaganza,” she said with a laugh. “I just couldn’t turn any dresses down! If a wedding dress came my way, and I loved it, I got it.”

In October, Porsha and Simon took a trip to his hometown of Benin. He told PEOPLE his wife “embraced” his hometown “as if she’d been to Nigeria a few times.”  When the couple returned home from their trip, Porsha took an ancestry DNA test and was surprised to learn that she is 44 percent Nigerian, specifically from the country’s western region, where Simon’s mother is from.

“I am ridiculously excited,” Porsha told PEOPLE ahead of the nuptials. “I am just so ready. I’m not even nervous. I mean, I know I’m marrying the love of my life, and it’s just going to solidify our relationship and our family bond. I’m calm and excited.”

Meanwhile, Simon was a little nervous before the ceremony.

”When you say you’re a little nervous, and you’re about to walk down the aisle, people are thinking, ‘Uh-oh,'” he said. “But my nervousness comes from the family members and friends who I haven’t seen in a long time coming into Atlanta!” 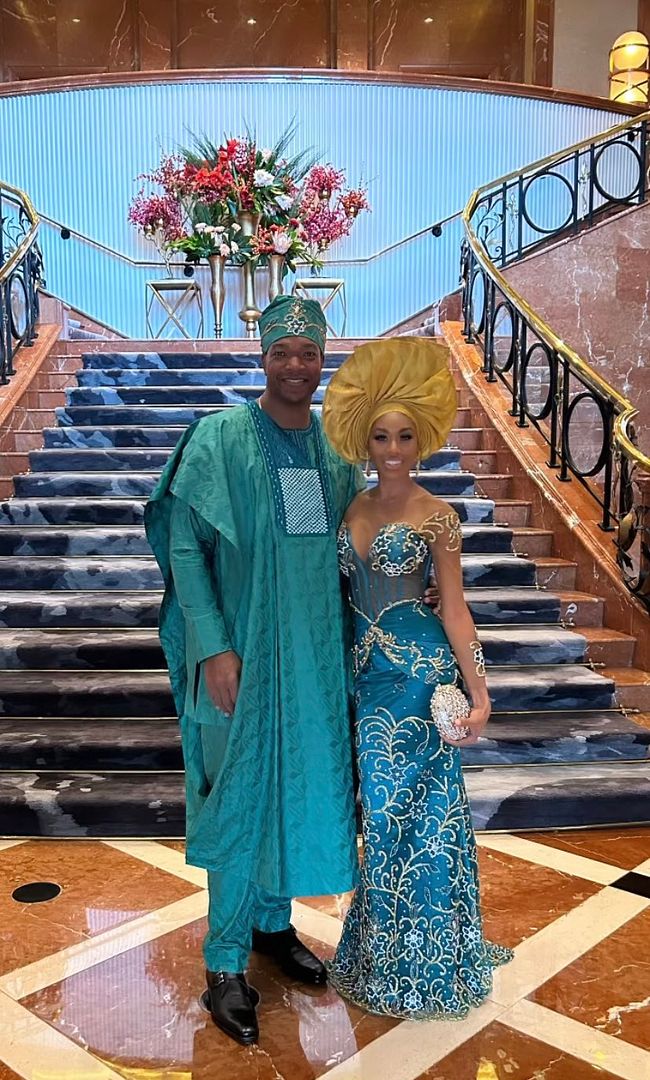 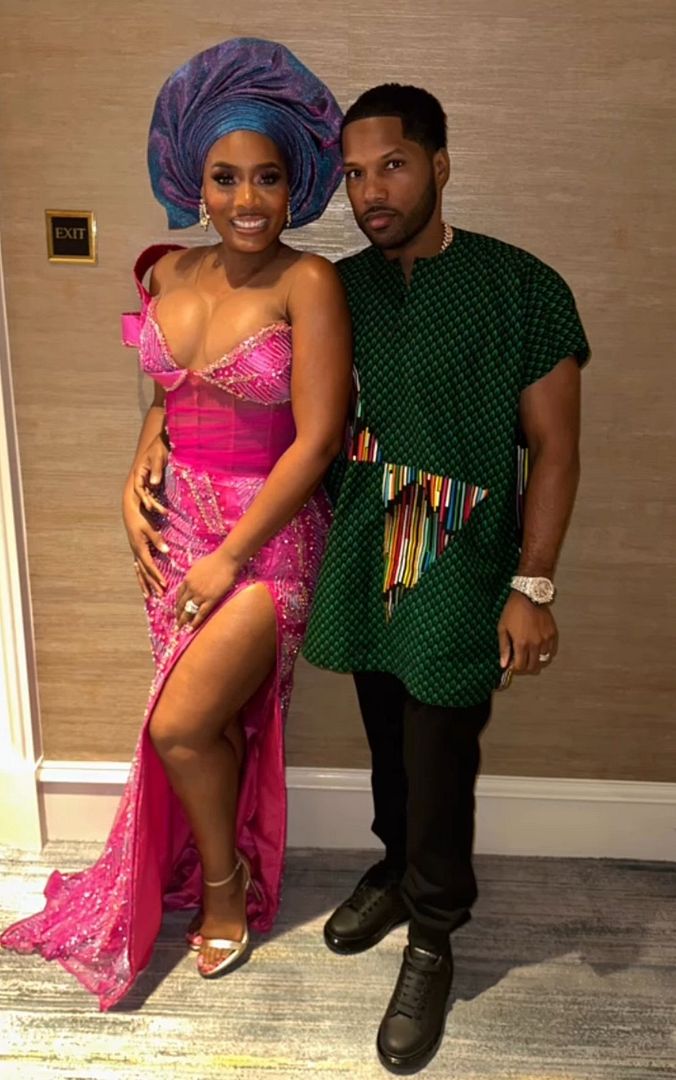 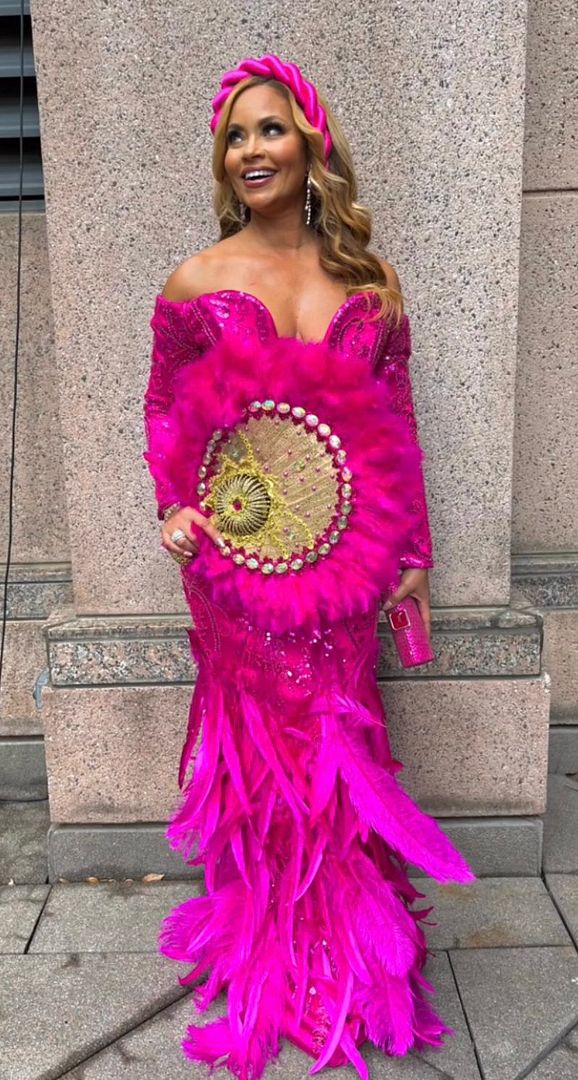 The couple will celebrate their love in their American wedding ceremony with 350 guests at a church in Atlanta today. They will then celebrate with a ball and an after party.

When asked what she’s most looking forward to about marriage, Porsha said it’s finally being able to call Guobadia her “husband.”

The couple has been the topic of controversy once they started dating. People accused Porsha of backstabbing Simon’s ex-wife Falynn Pina as they were seemingly cool with one another during Season 13 of “RHOA.” It appears Porsha, Simon and Falynn have all moved on from the drama.

As you know, Porsha was previously married to ex-NFLer Kordell Stewart, whom she divorced in 2013, and engaged to businessman Dennis McKinely. Porsha and Dennis share 3-year-old daughter Pilar Jhena (who they call “PJ”), while Simon has five kids — Quentin, Nicole, Christian, Benjamin and Ximena — from previous marriages.

“It’s our last marriage, OK? We belong together. That is it,” Porsha told the publication. “It’s a blessing to be able to find your person. It doesn’t happen often.”