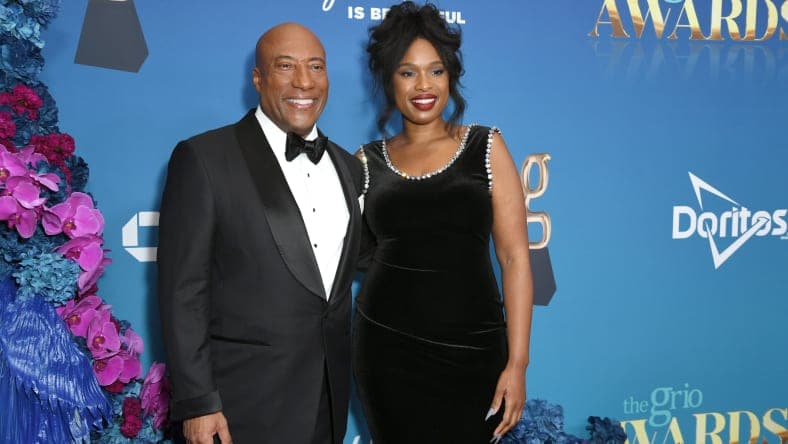 The thrilling night contained stars, music and inspirational speeches from the best and brightest leaders in Black entertainment, business, sports and more.

With a star-studded red carpet, inspiring acceptance speeches and mind-blowing musical performances, “Byron Allen presents theGrio Awards” was one of the biggest nights in Hollywood this year, honoring some of the best and brightest Black talent. If you missed our broadcast on CBS, have no fear as we have a recap of the biggest moments from the night, from Queen Latifah’s rousing speech that got everyone on their feet, to a historic performance honoring Patti LaBelle (you can also watch a rebroadcast of the show on theGrio Cable Network.)

Latifah’s speech was especially moving, with her speaking to the power of her peers “leaving the door open” for the talent coming up behind them. “I pray that God continues to give me the strength to fight the same devilishness that I’ve seen since I was a child,” she shared with the audience. “To fight the same wrongs that are still here … to share this. Don’t open that door and let it close behind you! What’s wrong with you? Leave it open. Leave it open.” Speaking to all of the Black leaders in their respective fields in the room, she added, “This should not be an anomaly. This should be commonplace.”

In a particularly powerful moment, Perry thanked all the Black women in his life. “I want to say a tremendous special thanks to my mother and every Black woman who has put me in this position,” he said. “Because I tell you right now, President Biden would not be in the White House without Black women, and I would not be standing here without the support of Black women.” Perry, who of course has built an entire empire with his studio, spoke to the power of supporting fellow Black industries and entities.

“My hope is that we will galvanize together, remember the power of what we have with each other, mine what is in our own community … there are diamonds in our own community from each and every one of us,” he explained. “[Let’s] circulate our own Black dollar between us. Stop worrying about what they’re doing, because the playing field will never be leveled. Maybe it’ll be leveled for your son and my son. That’s my hope … that may not happen in our lifetime, but if it doesn’t, we got the power within ourselves to be great, to make each other great, and to be on top of this entire industry.”

As previously mentioned, theGrio Awards also featured various musical performances all dedicated to the woman of the night, the Godmother of Soul, Patti LaBelle. Fantasia kicked off the night with a performance of the hit LaBelle song, “Lady Marmalade,” which had the audience dancing in their seats. Throughout the evening, Yolanda Adams would take to the stage performing various tributes to LaBelle, singing songs like her hit “If You Asked Me To.”

The biggest moment however came from the finale, which saw LaBelle finally take the stage to receive her flowers and sing the night away. She was joined by Fantasia, Jennifer Hudson, Adams and Queen Latifah as they sang Karyn White’s “Superwoman,” in a musical moment that truly brought the house down.

The post Recap: Here’s what you missed at theGrio Awards appeared first on TheGrio.