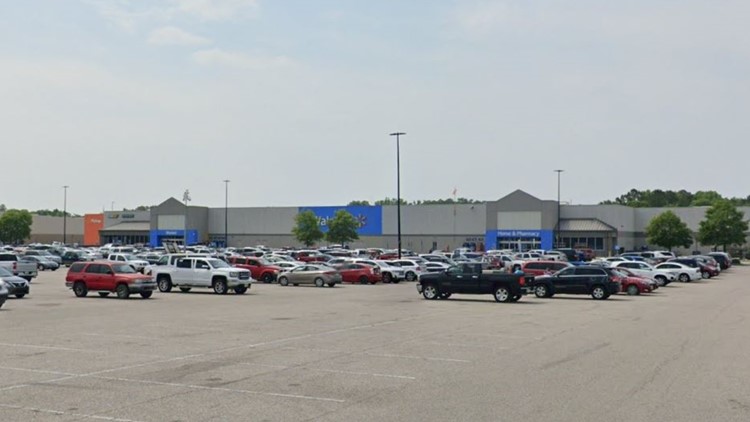 An altercation between two Walmart shoppers in North Carolina led to a shooting on the biggest shopping day of the year.

Lumberton Police Department (LPD) responded to reports of shots fired after an incident between two people who knew each other at 11:26 a.m. on Black Friday (Nov. 25) at the Walmart Super Center on Fayetteville Rd., according to a press release from police.

Officers attempted to locate any shooters or victims as the store was being evacuated. Surveillance footage later showed the shooter slipping out during the evacuation.

Minutes later, police were alerted to a gunshot victim arriving at UNC Health Southeastern with a non-life-threatening wound. Authorities did not share the victim’s name, but noted: “This appears to be an isolated incident between two individuals who are familiar with each other.”

The suspect has also been identified but his name is being withheld as investigators attempt to locate him.

The Black Friday shooting came hours before two others were wounded in another isolated incident two hours away at a mall in Greenville.

At around 6:30 p.m., a Greenville Police Department (GPD) officer posted at the nearby Belk heard the gunshots and immediately responded to the scene near American Eagle, according to a press release from GPD.

Theodore Devon Dunn Jr., 21, and Irashamire Raashad Perkins, 22, were shot after they engaged in a fight with a person one of them knew, police said.

Both were transported to ECU Health Medical Center, where Perkins was still hospitalized and receiving treatment as of Saturday, while Dunn’s injuries are not considered life-threatening.

On Tuesday, six people were shot and killed at another Walmart in nearby Chesapeake, Va. after store employee Andre Bing targeted his co-workers before turning the gun on himself.

According to data from the Gun Violence Archive, 2022 is expected to be the second-highest year for mass shootings on record in the United States with 612 so far, compared to last year’s 690.

Black Friday in this country doesn’t even feel safe anymore — it’s probably best for everyone to take advantage of Cyber Monday deals from the comfort of their own homes instead.