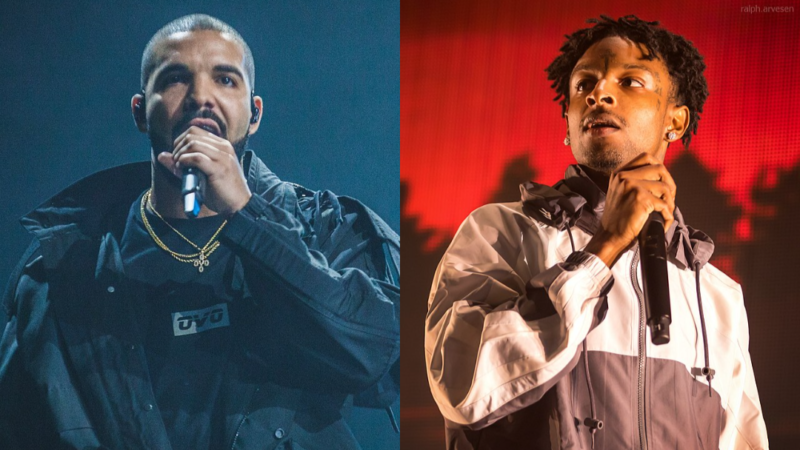 Drake and 21 Savage say they helped each other with their verses while discussing how they made their joint album Her Loss on SiriusXM’s Sound 42.

21 Savage previously stated he pushed Drake to be more unfiltered on Her Loss. “You know I’m pointing it out, like when he send me the songs, I’m pointing out what I heard,” 21 said. “I’m tellin’ him like, ‘Yeah n***a, talk that shit.’ You know I’m gassing him. I’m behind him. Whatever he standing on, I’m standing on it too. Say what you feel, n***a.”

Drake went on to release a project filled with subliminal jabs that took aim at Serena Williams’ husband Alexis Ohanian, Ice Spice, and most notably, Megan Thee Stallion. Lil Yachty, who is credited as a contributor on Her Loss, tried to explain that the controversial line on “Circo Loco” was not about Megan, despite Drake’s unabashed approach on the album.

“I know he’s not going to address it, because I know Drake,” Yachty said. “It’s not about Megan, it’s about women lying about their butt shots, saying it’s real when it’s fake.”

Listen to a portion of their conversation below.

The post Drake and 21 Savage Say They Helped Each Other With Their Verses on ‘Her Loss’ appeared first on LOVEBSCOTT.