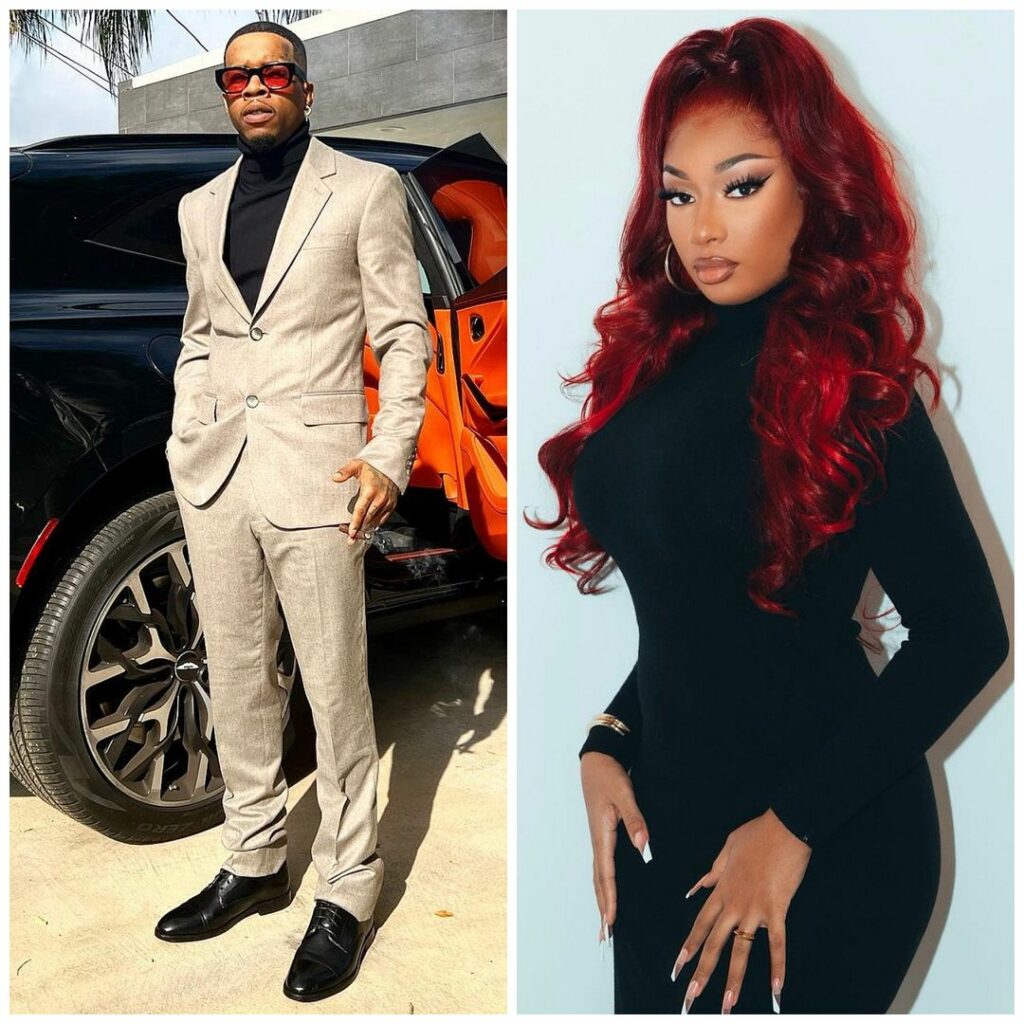 Tory Lanez appeared in court for jury selection ahead of his trial in connection with allegations that she shot at the feet of Megan Thee Stallion. Meanwhile, the Houston Hottie made Forbes history as the first black woman to cover the publication’s 30 Under 30 cover. More inside…

The trial is finally here.

Tory Lanez appeared in a Los Angeles courtroom yesterday for the beginning of his felony assault trial in connection to allegations that he shot at the feet of Megan Thee Stallion in July 2020.

The Canadian artist (real name Daystar Peterson) shared a photo of himself all dressed up for court in a gray suit on social media. “Have a blessed day ! @mrfain3,” he captioned a collage of photos of himself along with his security guard.

According to a tweet from Dennis Byron, the R&B star was due to appear in court for jury selection yesterday.

Good morning..busy day yesterday. Here is the trial schedule for #ToryLanez Jury selection is scheduled to begin on Dec. 5. The start of opening statements and testimony is scheduled for Dec. 12.

Jury selection is scheduled to begin on December 5th, and the start of opening statements and testimony is scheduled for December 12th. According to reports, the trial could end before Christmas.

The 30-year-old artist is facing nearly 23 years in prison after rejecting a plea deal last year for allegedly shooting Megan Thee Stallion (whose real name is Megan Pete) in her feet.

During Megan’s first televised interview about the shooting with Gayle King, the “Savage” rapper said a typical argument amongst friends escalated to Tory,  who Meg was with that evening at a pool party at Kylie Jenner’s house, shooting her after they left the party in an SUV.

Megan said she – along with her former friend Kelsey Nicole who allegedly was also fighting with Meg in the car prior to the shooting – and Tory were bickering about whether or not they were actually going to leave the pool party.  Things got heated, then the next thing she knew, Tory was leaning over one of the SUV windows shooting at her feet, yelling, “Dance b**ch!”

LAPD helicopters arrived and circled the SUV, and cops yelled over the megaphone for everyone to exit the vehicle and lay face-down on the ground.  The footage that leaked was harrowing, and blood could be seen on and around Meg’s feet.  Once the full story came out, Meg named Tory specifically as the  person who shot her, and he was quickly charged with two counts of felony assault with a semiautomatic firearm.

Tory, who is a Canadian citizen, ended up pleading not guilty to the assault and weapons charges related to the shooting.

According to Dennis Byron, Meg’s former friend, Kelsey, is the prosecutor’s key witness:

Trial Coverage: Rapper #ToryLanez is expected to appear inside a Los Angeles courtroom this morning for jury selection setting. I will be reporting gavel to gavel once the jury is picked. The prosecution’s key witness is believed to be a former friend of #megantheestallion

The trial is set to start December 12th.

Megan Thee Stallion has made history by becoming the first Black woman to appear on the Forbes 30 Under 30 cover.

Forbes details her career on her journey to record riches:

Billion-dollar brands, which a decade ago would have wanted nothing to do with Megan’s raw, often X-rated songs, are lining up. She has recently signed endorsement deals with Nike, Revlon, Cash App and Popeyes. “The cultural influence that hip-hop and artists like Megan now have is unmatched,” says Stacy Taffet, a top marketing execu­tive at Frito-Lay, who partnered with Megan to tout Flamin’ Hot Cheetos. “Our Super Bowl campaign with her outperformed a lot of what we’ve done in the past and exceeded all our expectations.”

Forget generic endorsements. Megan is interested only in campaigns that capture her swagger and style. “I cannot fake it,” she says. “If I’m not naturally into it, I don’t want to sell it.”

Take her estimated $2 million Cheetos Super Bowl ad. During the big game, Megan and pop star Charlie Puth never appeared in the commercial. They simply lent their voi­ces to forest critters. To hawk Cash App, the mobile banking and crypto trading product from Block (formerly known as Square), she shot “hottie” instructional videos to teach financial basics to a younger crowd. A roughly $1 million deal with Popeyes gave Megan a signature “Hottie Sauce” and $250,000 for her own Popeyes restaurant. “I’m not going to sell anything to the hotties without having my own space and own lane.”

While her career has reached epic heights, she has also dealt with major personal losses.

In 2019, Holly—her mother, muse, mentor and manager—died after a long battle with brain cancer. Her grandmother passed away later the same month. In July 2020, singer Tory Lanez allegedly shot at Megan following a fight at a party in the Hollywood Hills. Megan claims bullet fragments injured her feet. Accounts vary: At the time, TMZ reported that she had stepped on broken glass. Lanez, who was born Daystar Peterson, has pleaded not guilty. The case is headed to trial this winter.

On the business side, she’s in a nasty battle—details of which she openly shares on Twitter—with her record label, which she has sued for $1 million in a royalty dispute. Details leaked online claim that 1501 gets 60% of her royalties and 50% of publishing revenue, plus 30% from touring and sponsorships.

For its part, 1501 claims Megan owes it $10 million worth of profit share. Megan, who signed with Jay-Z’s Roc Nation in 2019 to manage her career, contests the debt.

Despite the losses, she’s clearly still making MAJOR moves and we love that for her! Keep flourishing!