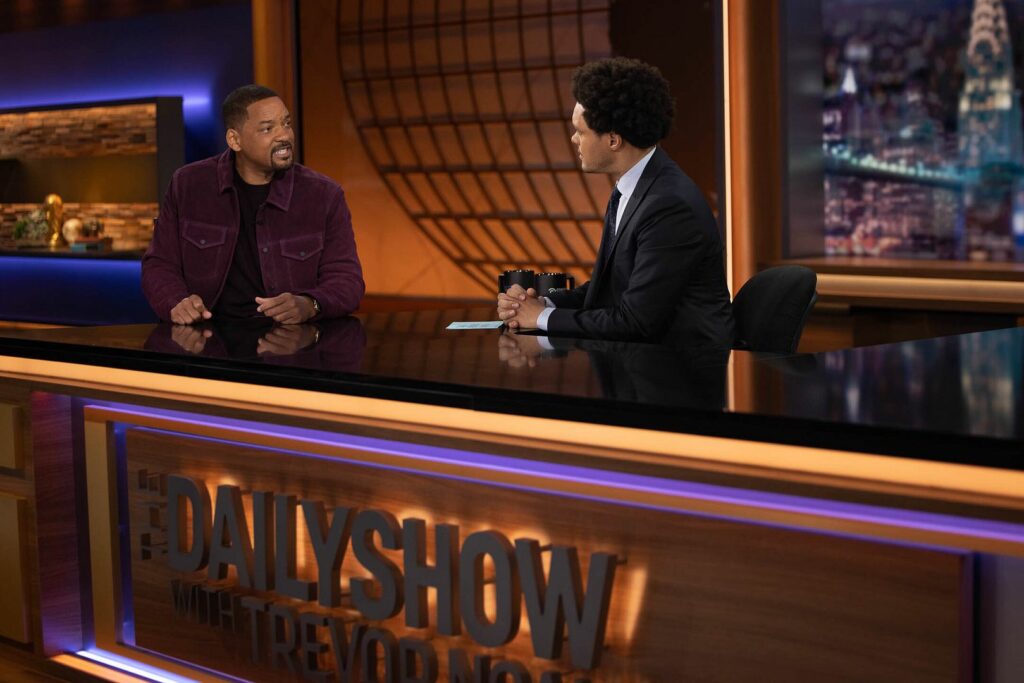 Will Smith opens up about the infamous Oscars slap once again as he slowly reemerges back into the limelight to promote his upcoming film, Emancipation. Find out what he told late-night host Trevor Noah inside… 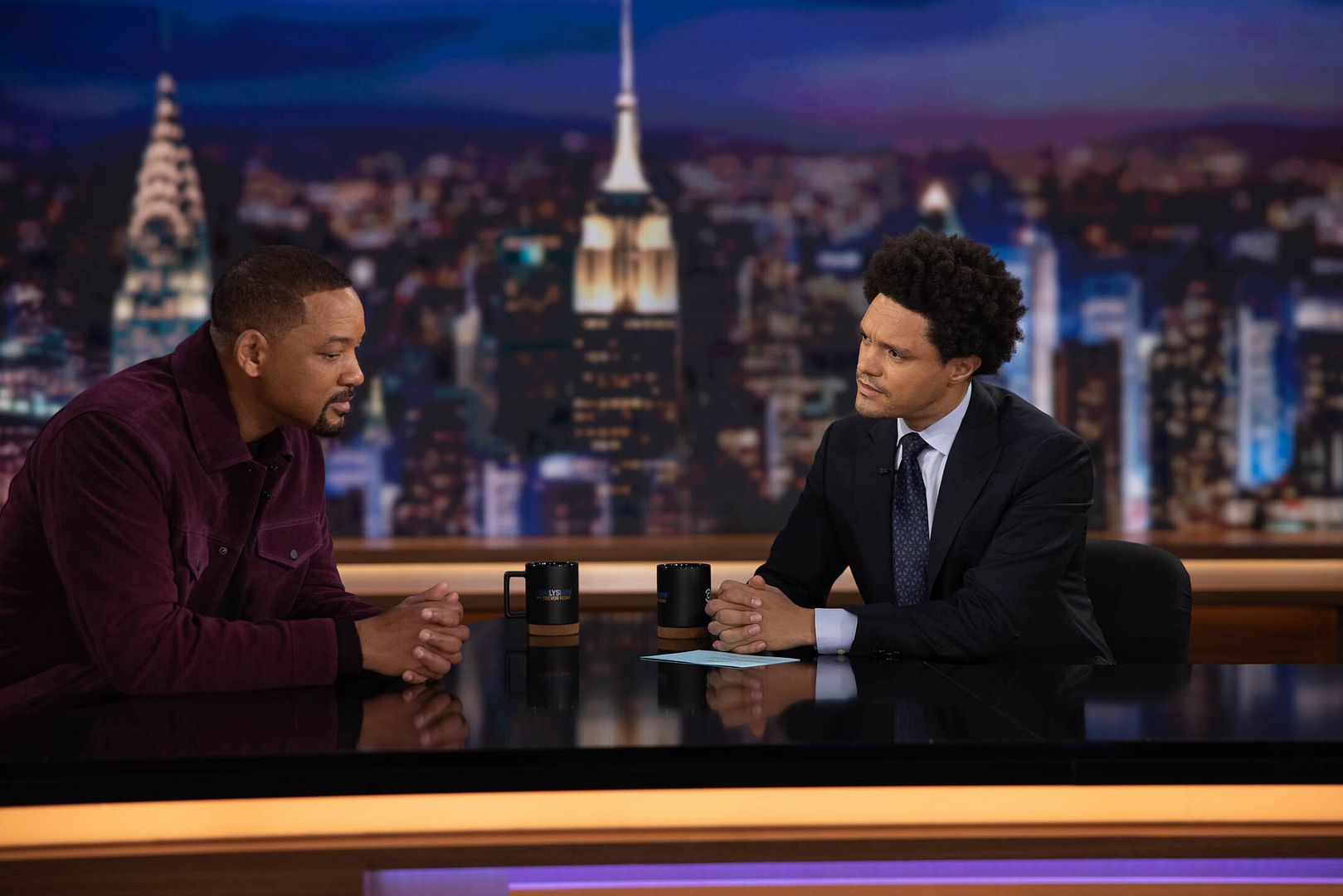 Will Smith is slowly making his reentry into the spotlight following the Oscars slap heard around the world.

With the promo tour for his upcoming film Emancipation kicking off, Will Smith made an appearance on “The Daily Show With Trevor Noah” to discuss the historical drama, directed by Antoine Fuqua. The interview is his first late night appearance since “The Slap.”

In the interview, Will and Noah first discuss the historical drama before discussing the highs and lows during the 2022 Academy Awards. While everyone remembers the night for the drama that ensued, it was also the night Will won his first Oscar. That accomplishment was overshadowed by his problematic actions, where he slapped comedian Chris Rock in front of millions of viewers after he told a joke about his wife Jada Pinkett-Smith’s bald head.

“I have been away,” Will Smith said as the audience laughed. “What have y’all been doing?”

”That was a horrific night, as you can imagine. You know, there’s many nuances and complexities to it, but at the end of the day, I just — I lost it, you know?” the Hollywood actor admitted to Trevor Noah after a 30-hour flight to the studio for the interview.

The slap sparked an avalanche of media scrutiny, prompting the King Richard star to resign from the Academy and receive a 10-year event ban from all Oscar activities.

”I guess what I would say, you just never know what somebody’s going through,” he said. “And I was going through something that night. Not that that justifies my behavior at all.” 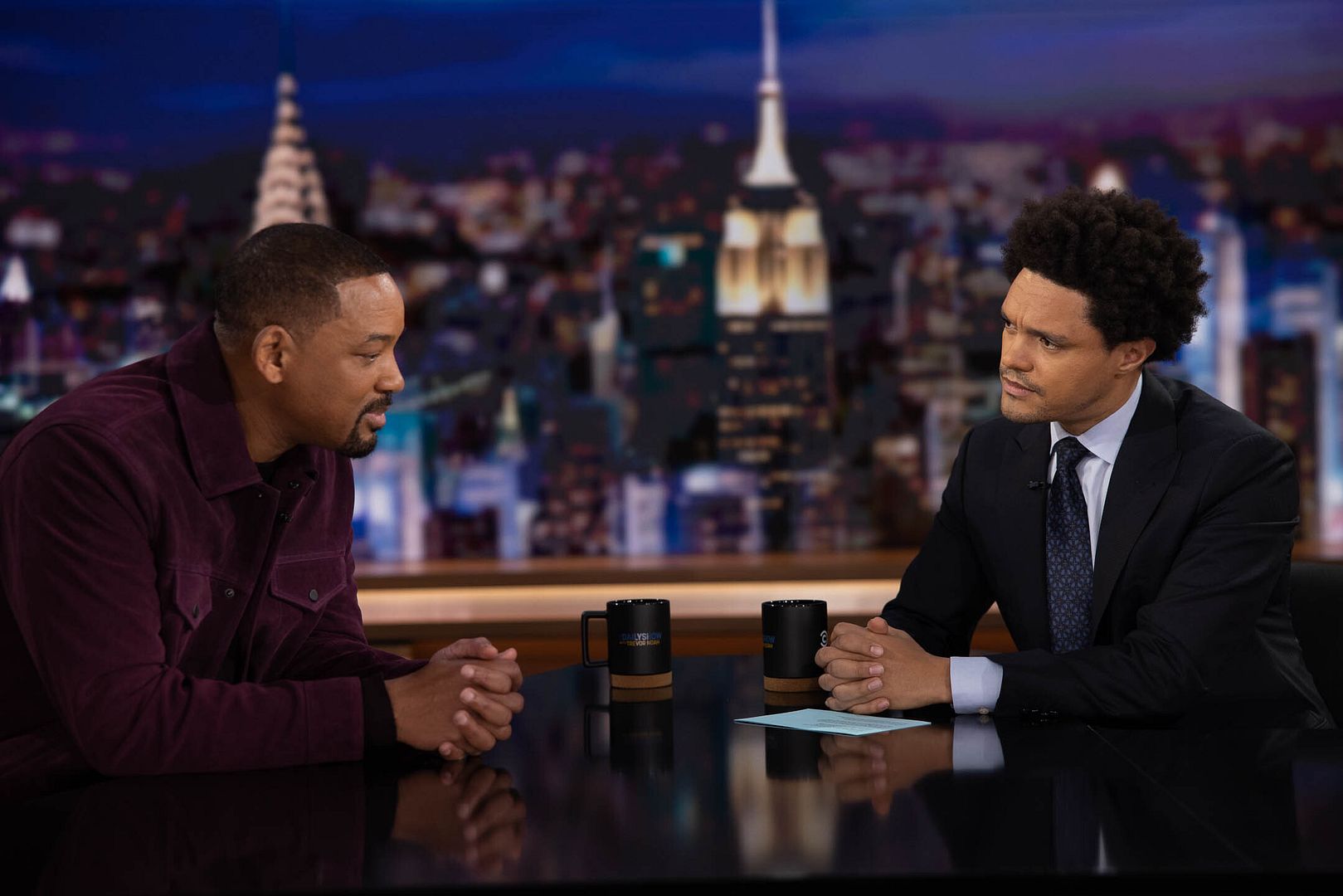 The 54-year-old actor talked about how he became “the little boy that watched his father beat up his mother, all of that bubbled up in that moment. That’s not who I want to be.”

Noah responded “The Slap” is not who he is, mentioning his displeasure with the Hollywood Reporter Oscars article that lumped Smith and Letitia Wright in with abusers and sexual assaulters.

Putting Will Smith & Letitia Wright in the same category as Casey Affleck, Roman Polanski, and Woody Allen (or any of the legion of white men who have abused their position & privilege to abuse others) is racism.

“I love Chris. I’m friends with him. I love you, but this is f*cked up… I know that as Black people, Black people get together and go, ‘What was Will doing? What the hell happened?’ A lot of Black people were like, ‘He should go to jail.’ Like, you need to relax yourself,” Noah said. “Some people were overreacting, which made some people underreact.”

“I understand how shocking it was to people,” Will said.

The Oscar winner shared a story about how his actions affected him and his family.

“I was gone. That was a rage that had been bottled for a really long time,” Will said. “My nephew is nine. He is the sweetest little boy. We came home. He had stayed up late to see his uncle Will and we are sitting in my kitchen and he is on my lap and he is holding the Oscar and he is just like, ‘Why did you hit that man, Uncle Will?’ Damn it. Why are you trying to Oprah me?”

Out of the mouths of babes — hits different.

In a recent conversation with FOX 5’s “Good Day DC,” Will said he understands if people may not want to see the movie after his actions at the Oscars.

“I completely understand — if someone is not ready, I would absolutely respect that and allow them their space to not be ready,” Will said. “My deepest concern is my team – Antoine [Fuqua] has done what I think is the greatest work of his entire career. The people on this team have done some of the best work of their entire careers, and my deepest hope is that my actions don’t penalize my team. At this point, that’s what I’m working for.”

Emancipation will debut in select theaters this Friday, Dec. 2nd before premiering on Apple TV+ on Dec. 9th.