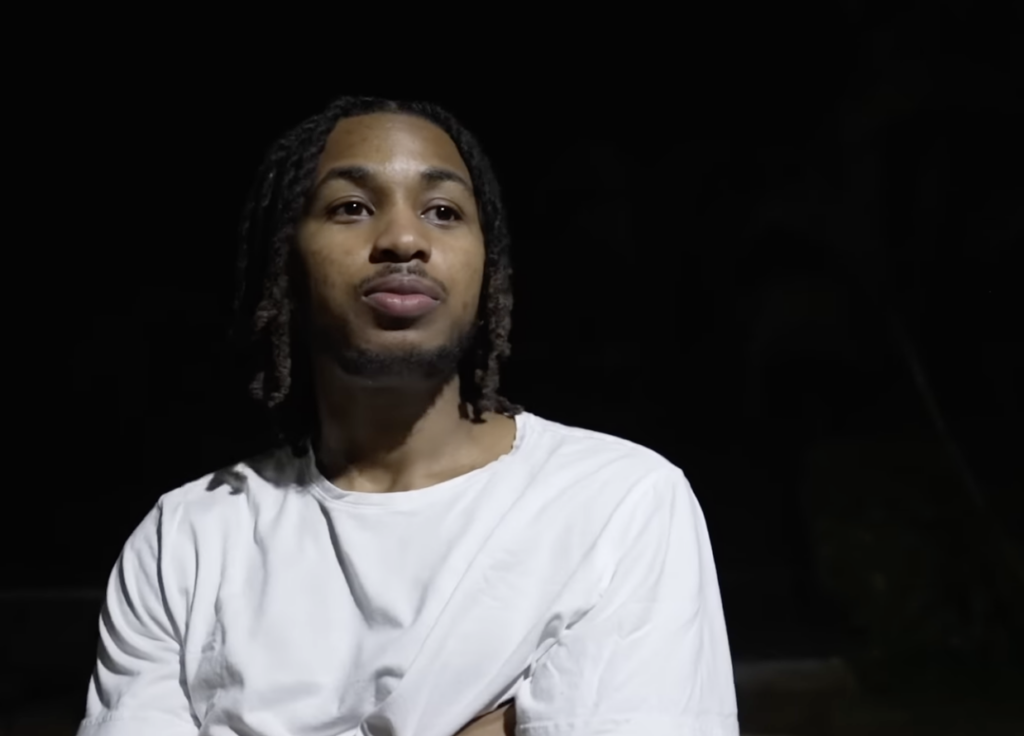 DDG has been going viral for the last day or so after a clip from a podcast interview in which he uses his ‘real voice’ resurfaced.

In a new vlog, DDG spoke on why he doesn’t often speak in his real voice and why it makes him ‘real insecure.’

The original footage is from an episode of the Dope As Usual podcast, where host Yola said, “Maybe it’s an inside joke—we had like 200 people say ‘ask him about his real voice.’ I’m like, what does that mean? ”

“I have—I really talk like this,” the 25-year-old confirmed, taking his voice to an ultra low, Barry White-like octave. “This my real voice. I just talk like this when I’m trying to make music and make content and shit. But I really talk like this in real life. You can ask anybody. … When I’m around my family and shit I do that. But, you know, you gotta make a character.”

“That fits your face better,” Yola replied. “That seems like it would be your tone.”

The hosts were astonished, and plenty of people have asserted that DDG was trolling. He shared a new vlog in response titled “The Truth About DDG Real Voice…?” and, at the 21:15 mark up top, spent several minutes opening up. He admitted going viral for using his own voice stirs up insecurity in him and “just goes to show why I don’t use it.”

“I just get real insecure, I don’t like to really, like, expose myself like that. I like to stay low-key and just be who I am. … So I’ve be trying to like, talk regular,” he said, switching his tone again. “I feel like when I talk regular, it’s like I’m more relatable to y’all. … It’s just easier for me to grow as a musical artist, creator and shit. I just feel like if I use my deep voice, a lot of y’all wouldn’t take me seriously, and it’d be like, funny. I see a lot of people laughing about it and shit, and that’s just like, that’s why I don’t like really using it like that. A lot of motherfuckers take that shit like it’s a motherfuckin’ joke, but it’s just me like, opening up.”

He concluded, “A lot of y’all wanna know why I don’t use my real voice, and it’s simply because I get insecure about it, I don’t really like to use it too much, a lot of motherfuckers think that it’s a joke, basically. … Day ones, they know about my voice, they know what it is.”

Check out the video below.

The post DDG Opens Up About Going Viral for Revealing His Real Voice: ‘I Get Insecure About It’ [Video] appeared first on LOVEBSCOTT.

DDG news newswirelink
Share. Facebook Twitter Pinterest LinkedIn Tumblr WhatsApp Email
Previous ArticleHailey Bieber Has Ovarian Cyst ‘the Size of an Apple,’ Is Not Pregnant
Next Article 21 Savage and Nas Unite on ‘One Mic One Gun’ After Backlash Following 21’s ‘Not Relevant’ Comment