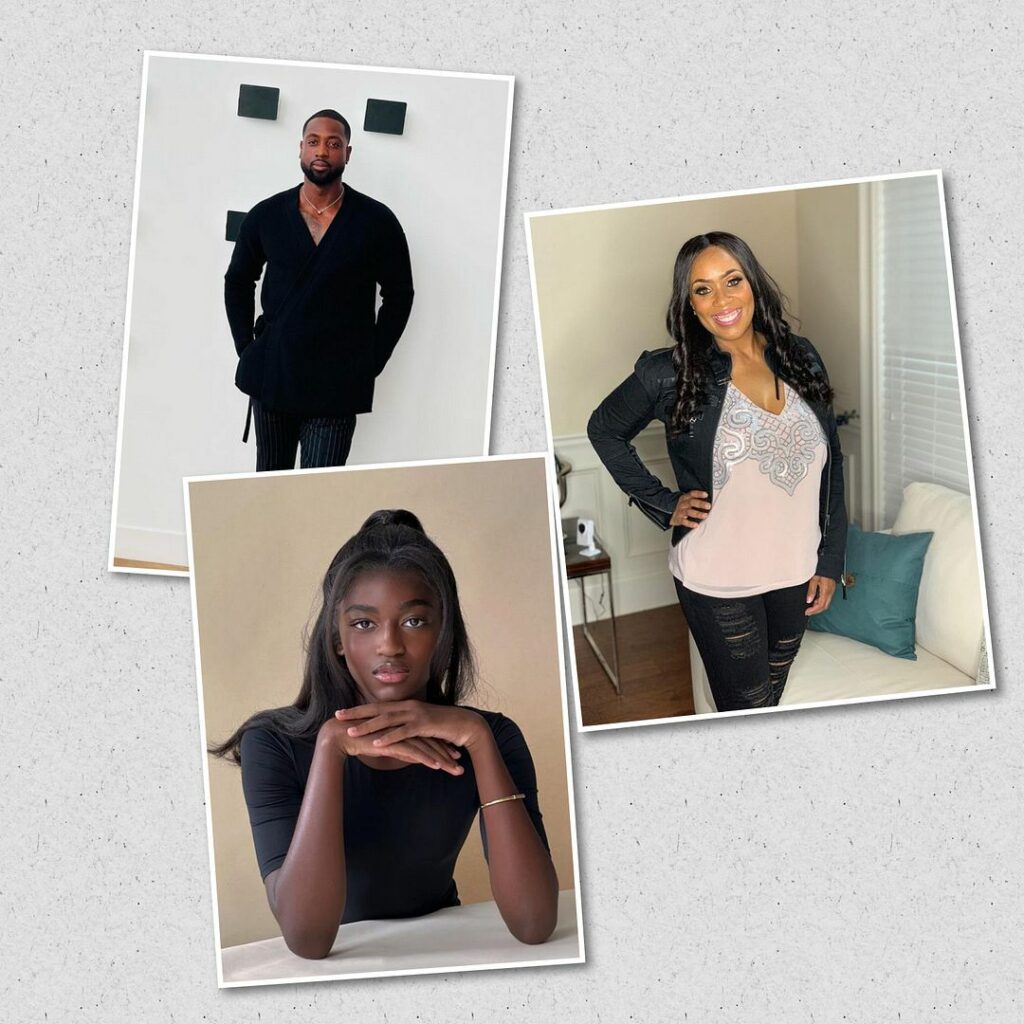 Dwyane Wade is pushing back at his ex-wife after her attempt to block their daughter’s name and gender change. Siohvaughn Funches-Wade accused the former NBA player of profiting from Zaya Wade’s transition, which he said was “libelous.” Deets inside…

Dwyane Wade is fighting it out against his ex-wife Siohvaughn Funches-Wade for what he believes is in the “best interest” of their 15-year-old transgender daughter, Zaya Wade (formerly Zion Wade). He filed new documents asking the Los Angeles Superior Court to allow his daughter to legally change her name and gender because it “is in her best interest,” after Siohvaughn filed an objection earlier this month.

The former Miami Heat star has also denied allegations made by his ex-wife that he is attempting to profit from their transgender daughter’s transition, claiming in court documents that his ex-wife is possibly attempting to relitigate their divorce or launching a “campaign of personal attacks.”

In the new court documents that were filed on November 28th, D. Wade stated that the original petition to change Zaya’s name and gender was filed at her request.

The 40-year-old father-of-four argued that as his daughter grows into a young adult, she shouldn’t be “clouded by the self-doubt that comes from checking a box or signing a name that does not reflect her identity.” He’s asking for a court order to affirm Zaya’s identity, which will allow her to “live more comfortably and honestly in all aspects of her life, from simple introductions and food orders, to applying for a driver’s license and filling out college applications.”

The filing concluded, “While it certainly would have been preferable for Zaya’s mother to be supportive of this important part of Zaya’s journey, Zaya should not be forced to put her life on hold while she waits for Siohvaughn to acknowledge and accept her truth.”

In the documents, Siohvaughn claimed that her ex-husband violated their custody agreement by failing to discuss the name change with her. She also accused him of “pressuring” their child to pursue the “name and gender change in order to capitalize” on related financial opportunities. Siohvaughn asked the judge to ban their 15-year-old daughter from legally changing her gender from male to female until she is 18.

In the documents D.Wade filed, he described Siohvaughn’s profit-seeking allegations as “nonsensical” and “libelous at their core.”

“Siohvaughn’s allegations are libelous at their core, and are, at best, nonsensical,” the documents said. “Dwyane filed this Petition because Zaya asked him to. It is unclear if Siohvaughn’s goal is to relitigate her divorce and custody dispute with Dwyane, or to resume her campaign of personal attacks against Dwyane, but it is clear that her objections have little, if anything, to do with Zaya’s best interest.”

D. Wade first responded to his ex-wife’s claims while on vacation in Africa for his wife Gabrielle Union’s 50th birthday earlier this month. He penned an open letter to his ex-wife about the “harmful allegations” she made against him.

“Since this must be the new way of parenting, I guess I have to address these allegations here, which is a damn shame,” he wrote in an Instagram post. “While I’m on a life-changing trip in our motherland, Africa, I’ve received a social media post about me forcing our 15 year old child to be someone she’s not and to do something against her will. These are serious and harmful allegations that have hurt our children. While none of us are surprised by Siohvaughn’s attempt to fight Zaya’s identity and her unwavering attempt to drag my name through the mud, I’m very disappointed that she continuously find ways of centering herself and HER needs, without regard to her children. This report came out while Zaya was in class. This is a kid who has maintained a 4.0 GPA in honors classes while navigating all this unsolicited and harmful attention and debates about her gender and sexuality from those who are committed to not listening to her, much less even knowing her.”

By the way, D. Wade has an 8-year-old son, Xavier, whom he shares with Aja Metoyer, and a 3-year-old daughter, Kaavia, with his wife, Gabrielle Union. 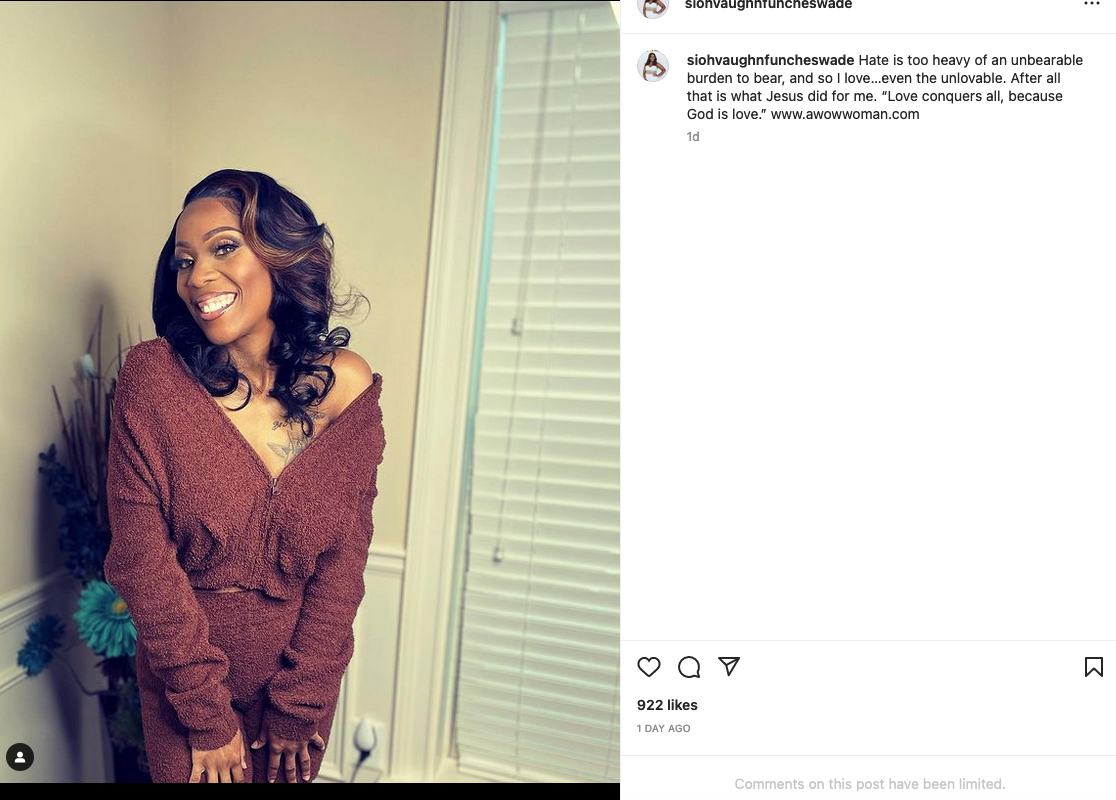 In a recent post, Siohvaughn talked about not having hate in her heart and choosing love. “Hate is too heavy of an unbearable burden to bear, and so I love…even the unlovable,” she wrote on Instagram. “After all that is what Jesus did for me. Love conquers all, because God is love.’”

A hearing for the case is reportedly set for December 12th. Do you think Zaya Wade should be allowed to legally change her name and gender now or wait until she’s 18?