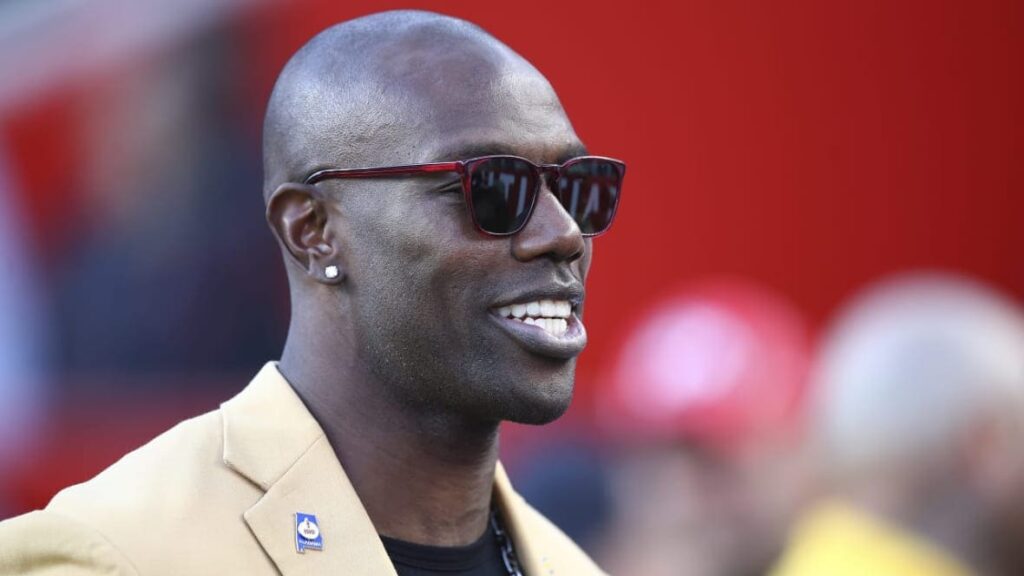 The retired NFL star said in a statement that he was acting in self-defense during a fight that was caught on camera.

INGLEWOOD, Calif. (AP) — Retired NFL star Terrell Owens said a fight caught on camera in which he punched a man in a CVS parking lot was the result of an “aggressor” threatening him and a fan he was talking to at the California store.

Owens, 48, told The Associated Press in a statement that he acted in self-defense Saturday night when the man “made offensive gestures and threatening statements” to him and a fan who approached Owens.

The Pro Football Hall of Fame wide receiver said the man approached him and the fan in the store, and in an attempt to de-escalate the situation, he walked outside, where the man followed.

“The aggressor continued threatening the fan just as he did in the store,” Owens told the AP. “Once again, attempting to diffuse the ongoing situation, I placed myself between the fan and the aggressor. I made verbal demands asking the aggressor to stop his threatening behavior.”

Owens said the man “swung at me first” before he “felt obligated to prevent the aggressor from becoming more violent.”

TMZ first reported the fight at the CVS in Inglewood and published a witness’ video.

It was unclear Wednesday whether police were called to the scene over the weekend. Inglewood police did not immediately respond to phone calls and an email seeking comment.

“Like anyone else, I was making a stop at CVS and was blindsided by all of this,” Owens said. “Unfortunately, I had to act using self-defense to end a threat towards myself and the fan. I will attempt to make positive from this negative experience.”