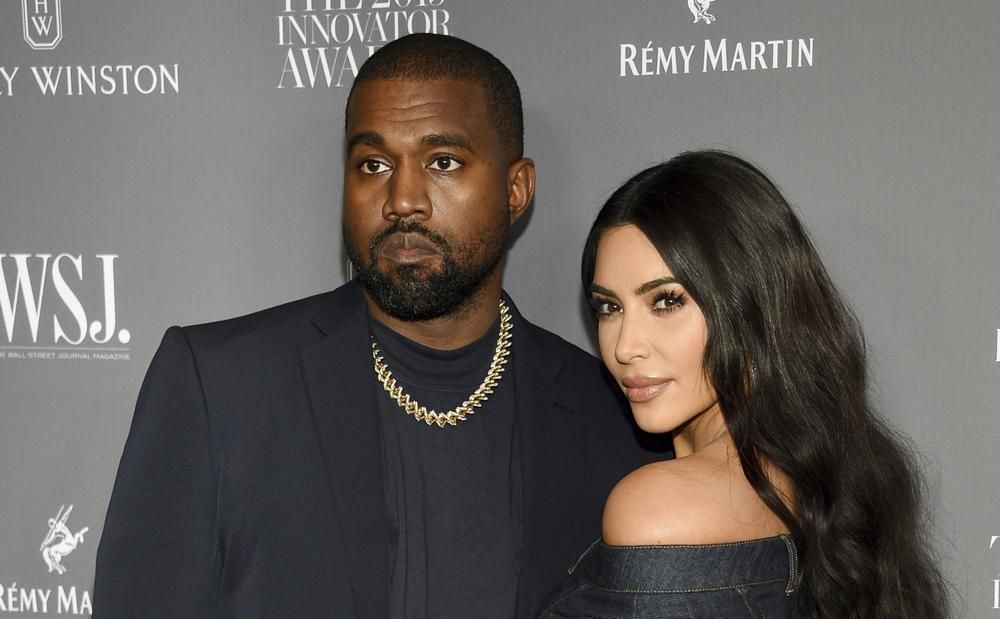 Ye (formerly known as Kanye West) went off the rails on Twitter last night, resulting in his account being taken down from the platform. Elon Musk suspended Ye’s account for posting a Swastika. During his social media rant, Ye made claims that he “caught” his now ex-wife Kim Kardashian with another man. However, folks are debating whether he was referring to NBA star Chris Paul, billionaire Ray Dialo, or Ray’s son Paul Dialo. Find out why inside…

Ye (formerly known as Kanye West) is back with more problematic antics.

On the heels of bashing Jews and saying nice things about Adolf Hitler and the Nazis, Kanye West has found himself locked out of his Twitter account, yet again. 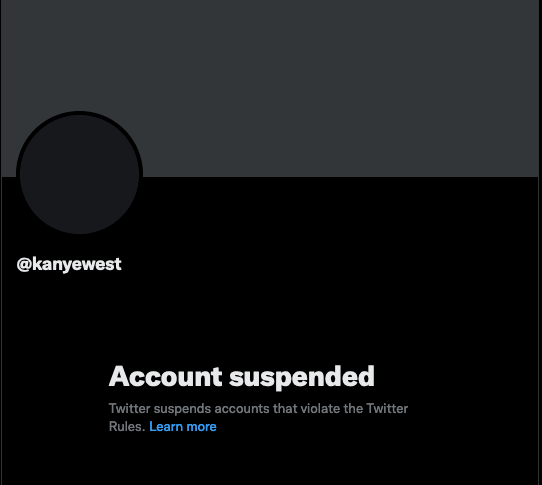 Elon Musk, Twitter’s chief executive, confirmed Ye would be suspended for tweeting an image of a Swastika inside the Star of David. The image was deleted quickly before Ye’s account was taken down. Elon said the post violated the platform’s rule against the incitement of violence. 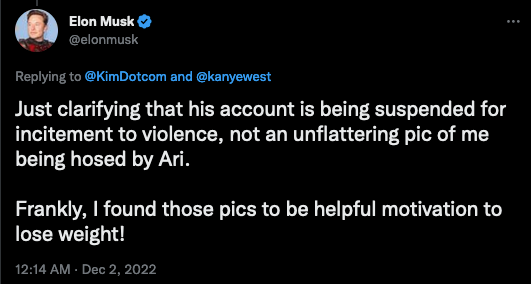 ”Just clarifying that his account is being suspended for incitement to violence, not an unflattering pic of me being hosed by Ari. Frankly, I found those pics to be helpful motivation to lose weight!,” Elon tweeted.

Many people thought Elon suspended Ye’s account for posting an unflattering picture of Elon getting hosed down by Ari Emanuel, an Israeli-American billionaire who is also referred to as “Hollywood’s super agent.” 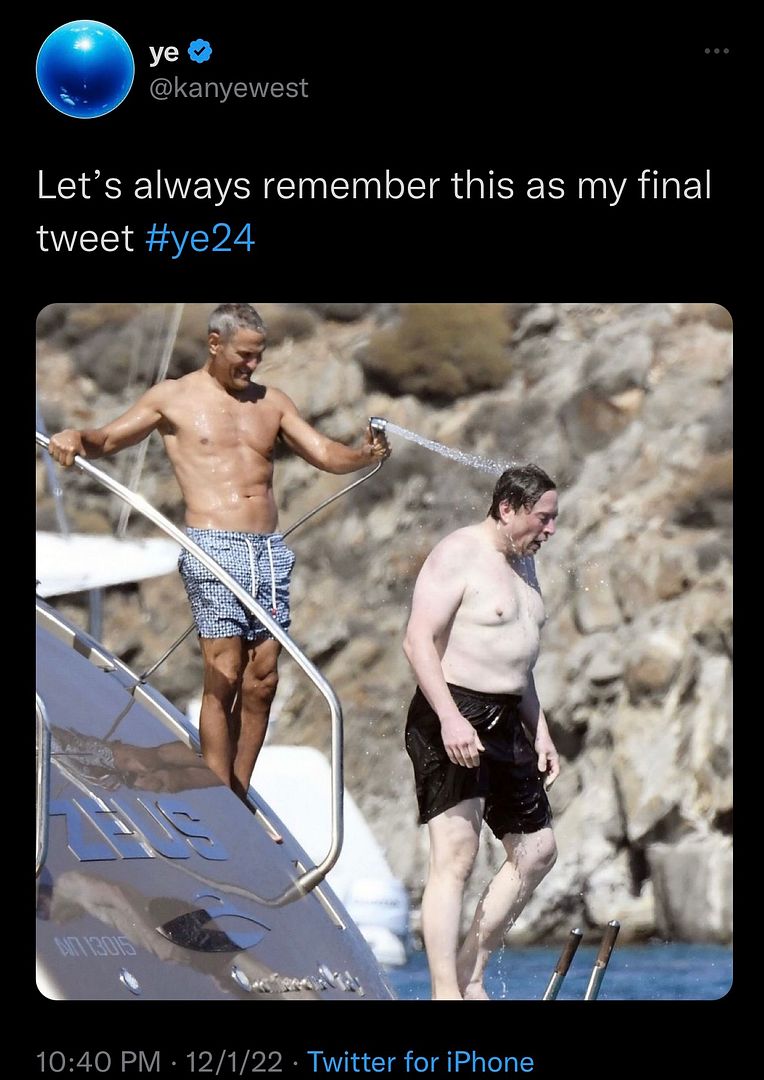 Ye shared the photo with the caption, “Let’s always remember this as my final tweet.”

“I tried my best,” Elon responded. “Despite that, he again violated our rule against incitement to violence. Account will be suspended.”

I tried my best. Despite that, he again violated our rule against incitement to violence. Account will be suspended.

This suspension marks the second time this year that Ye has been suspended from Twitter, specifically for anti-Semitic content. Many felt he should never have been given the opportunity to return to Twitter. Ye was suspended from Twitter in October for tweeting he would go “death con 3 on JEWISH PEOPLE,” but his account was restored by the end of the month.

Since purchasing Twitter, “freedom of speech” has been a top priority for the self-proclaims free-speech absolutist, so some people are pissed Elon suspended Ye’s account.

The MAGA Avengers and their powers.

All loved and supported by Trump. pic.twitter.com/nR6DcoamaS

Earlier Thursday (Dec. 1), Ye spoke with conspiracy theorist Alex Jones, during which he made antisemitic remarks, referred to “the Jewish media,” and praised Hitler.

The Chi-town rapper appeared on “Info Wars” in a black mask alongside white supremacist Nick Fuentes (who is working on Ye’s 2024 presidential campaign) for the livestreamed interview. During the discussion, Ye praised Hitler, speaking positively about the Nazi dictator. He said there are a lot of things he loves about Hitler.

“The Jewish media has made us feel like the Nazis and Hitler have never offered anything of value to the world,” Ye said during the interview. “I see good things about Hitler, also.”

Watch the clips below:

Alex Jones desperately tries to get Kanye West to clarify that he doesn’t actually love Hitler … but nope.

By the way, Alex Jones has been court ordered to pay millions of dollars to the families of Sandy Hook shooting victims for insisting to his followers that the tragedy was staged.

Media personality Van Lathan Jr. (who called Ye out over his “slavery was a choice” foolery) broke down why Ye, as a black person, should not romanticize Hitler. Swipe through his posts below: 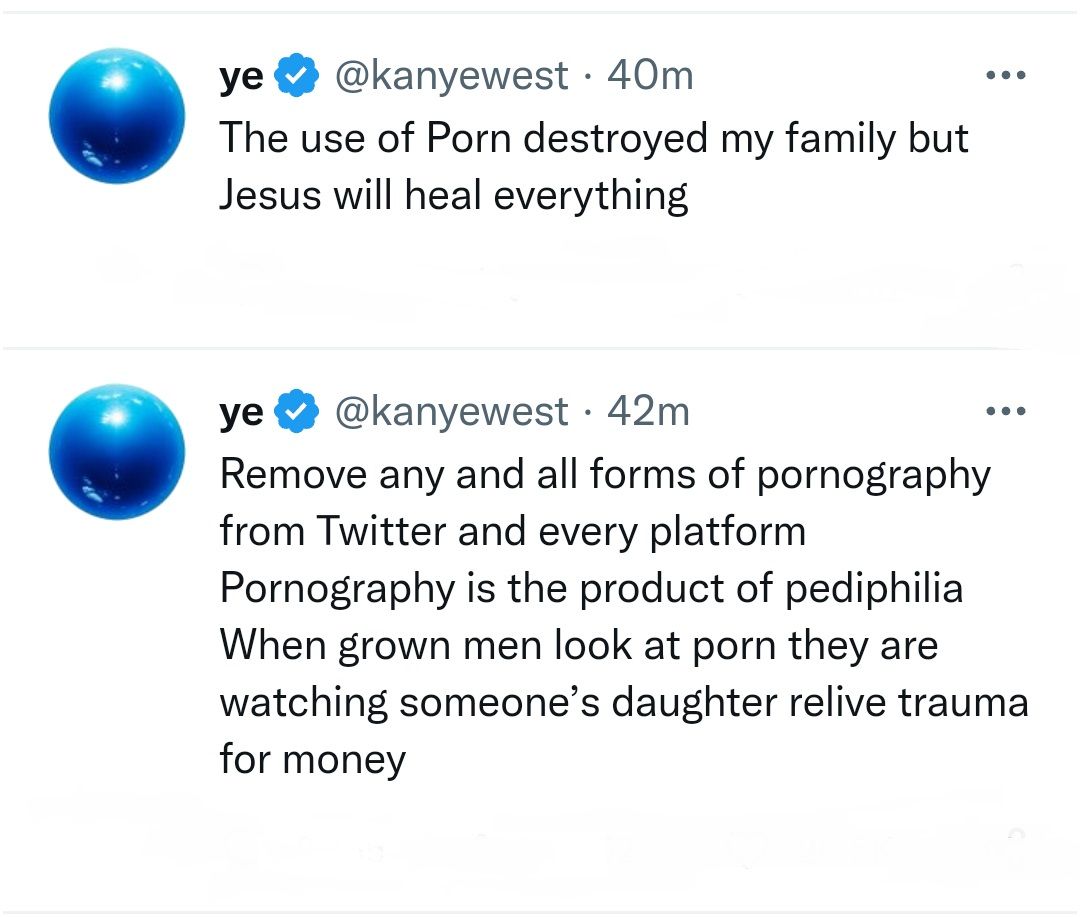 Odd he’d say that when his ex-wife literally became famous due to a sex tape with singer Ray J. 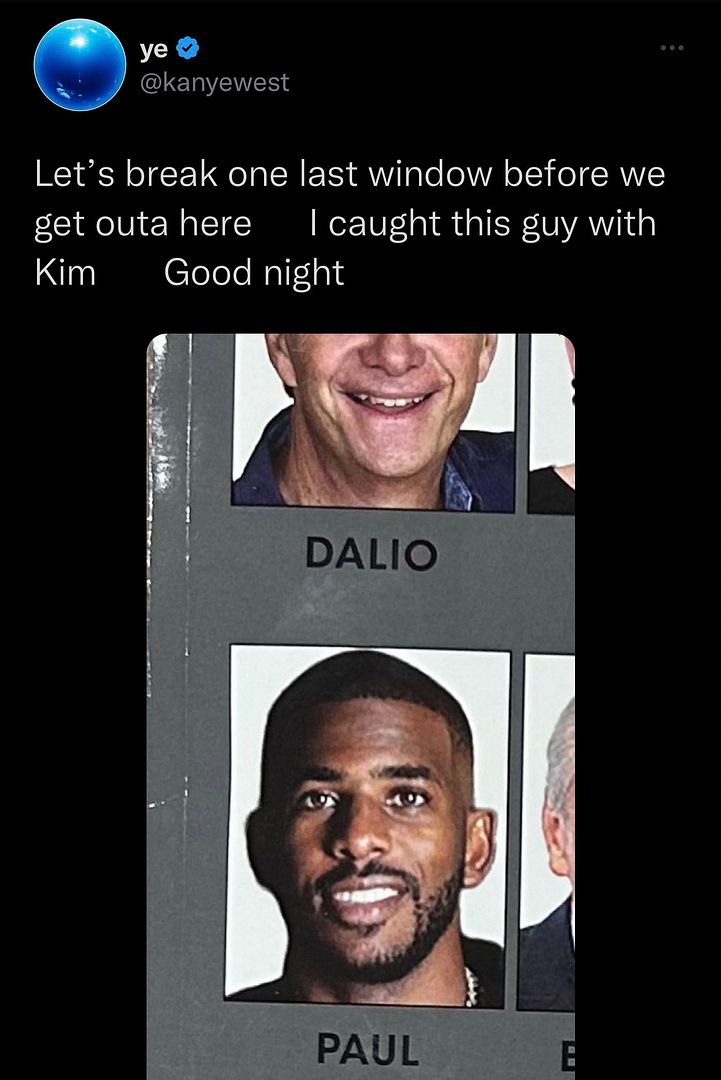 Ye posted included an allegation that he “caught” his ex-wife Kim Kardashian with NBA star Chris Paul, who has been married for 11 years to his wife, Jada Cawley.

“Let’s break one last window before we get outa [sic] here,” Ye tweeted. “I caught this guy with Kim. Good night.”

Chris Paul has been married to his college sweetheart, Jada Crawley, since September 2011. They share two kids, a son born in 2009 and a daughter in 2012. 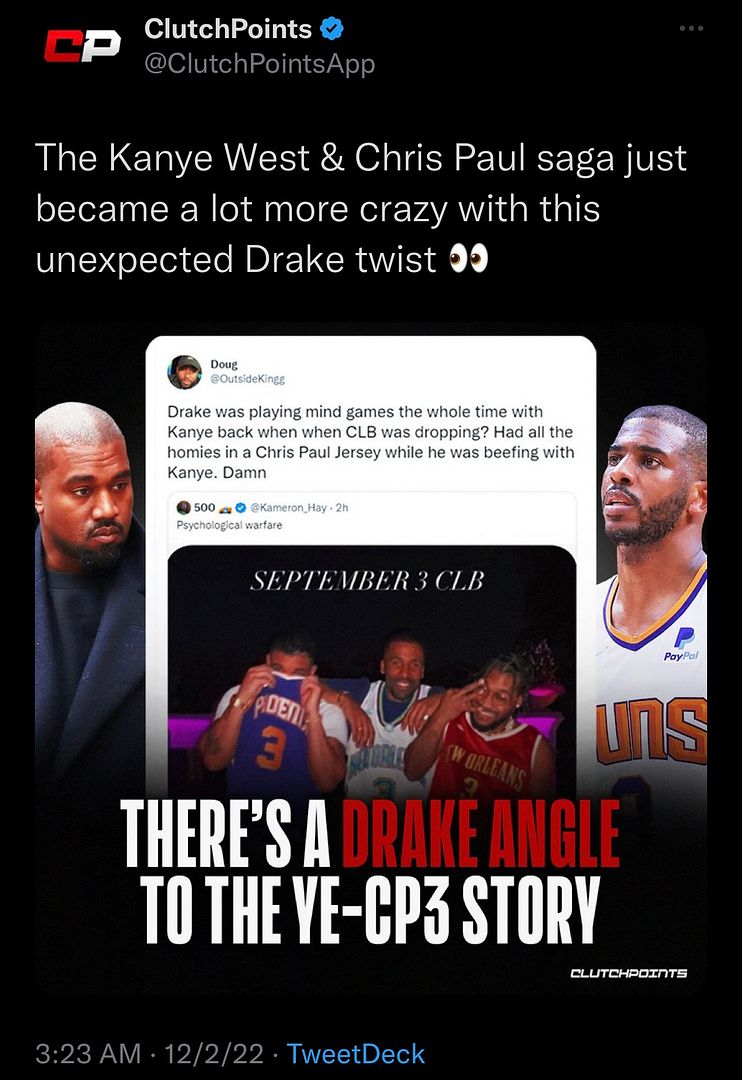 Over the years, Ye and Drake have had a longstanding rivalry of sorts, which included diss tracks, Twitter jabs, and personal leaks. During one of their social media wars, Drizzy posted a picture of himself and a couple of his friends wearing Chris Paul jerseys (above). 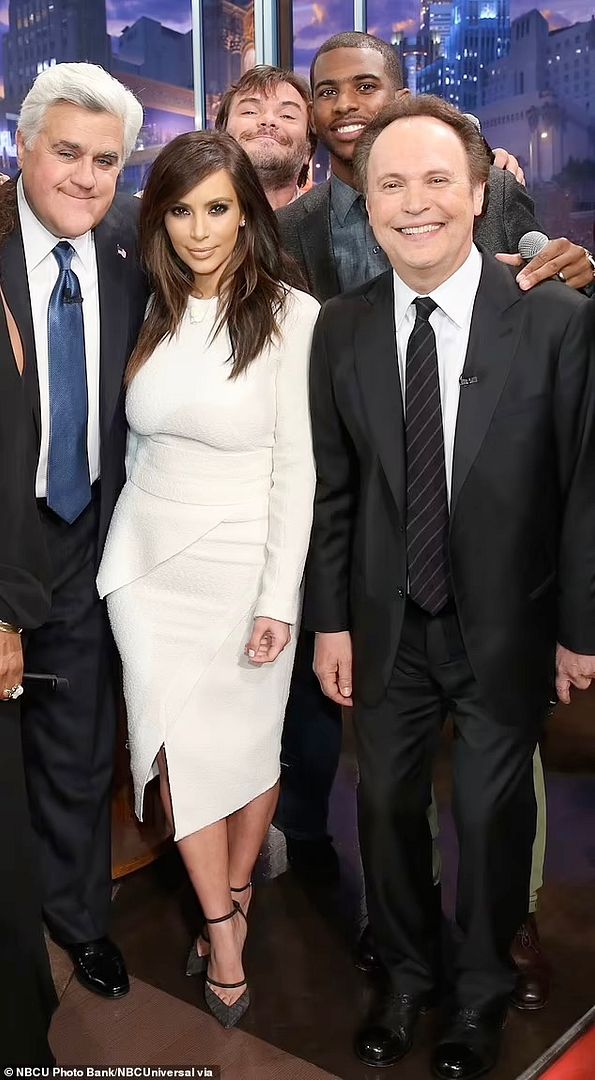 Now that Ye spilled alleged “tea” about his wife, the Internet believes Drake already knew about Chris Paul and Kim Kardashian’s history and used it skillfully during one of his feuds with Ye. Chile…

While it appears Ye is referring to the Suns point guard, the internet is now debating whether he was referring to Paul Dalio or Ray Dalio, a billionaire investor and hedge fund manager, who has served as co-chief investment officer of the world’s largest hedge fund, Bridgewater Associates. Paul Dalio is the son of Ray Dalio.

Some people believe Ye cropped the picture wrong. In his post, you see “Dailo” written above Chris Paul’s head, leading folks to believe he may or may not have cropped the photo correctly. He didn’t mention a name in the caption, so folks are speculating how Ye is referring to in the post.

It’s actually the right picture, he just cropped it wrong. It was Ray Dalio banging his wife. pic.twitter.com/ALY7JAPZ4n

What if Kanye meant Ray Dialo and not Chris Paul

Plot twist: it wasn’t Paul it was Dalio big W

What if he was talking about Dalio? pic.twitter.com/tn48QIFvWE 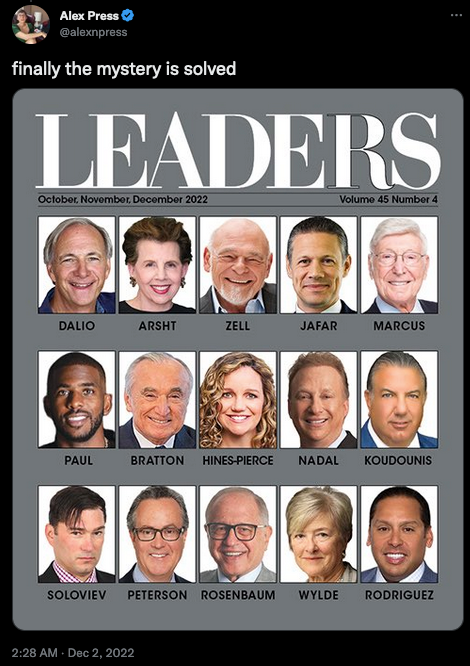 The Suns point guard has not addressed Ye’s accusations as of Friday afternoon. However, “sources” close to Kim K have.

Sources tell TMZ that the allegation that Kim K slept with Chris Paul is absolutely false, and just another example of a desperate man trying to shift the focus away from his own wrongdoings.

“This is not true and sadly it’s an ongoing pattern with Kanye — attacking Kim to redirect everyone’s attention after a day of crazy antics where he has said every hateful and offensive thing he can possibly dream of,” the source said.