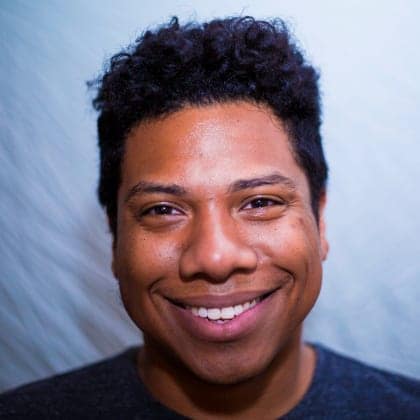 OPINION: If the side-dude anthem has taught me anything, it’s that you don’t have to catch feelings to be in your feelings.

R&B is a storied genre with many different themes. From the soulful ballads of Sam Cooke and the sexual healing of Marvin Gaye to the “baby, I know we’ve been through it, but I still love you” stylings of Boys II Men, the genre is truly one of the most versatile. Yet, there is one subgenre that doesn’t receive the love and appreciation it deserves.

I’m speaking, of course, about the side-dude anthem.

From the moment Billy Paul started talking about the thing he had going on with Mrs. Jones, a whole new era of R&B was upon us. Singers both male and female have contributed to this varied and evergreen subgenre. Now, before you ask, I’ve never been a side dude. I can’t relate to the songs; I simply appreciate the sheer audacity.  So with the preamble out the way, let’s take a jaunt through three songs I feel best exemplify this underappreciated genre.

One needs only to watch the video for “I Wanna Know,” to know that Joe is the ultimate side dude in waiting. Mans saw a woman arguing with her soon-to-be ex-boyfriend and his first thought was “time to go to work.”

Joe’s breakout hit, “All The Things (Your Man Won’t Do),” immediately told the streets what this man was about. You might be asking yourself “what are the things he’ll do that her man won’t?” Is he promising to be emotionally available? Will he be an attentive, thoughtful partner? Is he willing to pick her up from LAX at the height of rush hour?

“All the Things” is about all the versatile ways Joe is gonna lay it down. He may not be offering commitment, but he is willing to light 1,000 candles, which is basically the same thing. Oh, your man is taking you to Venice Beach? That’s cute. Joe’s going to take you to a beach with jet-black sand and hit it so good your momma’s gonna scream (which really needs to go in the hall of fame of questionable lyrics. Why are we bringing moms into this?)

“All the Things” is a prime example of the hit-it-and-quit-it anthem. Joe’s clearly here for a good time, not a long time. He ain’t promising you anything more than pleasure. He’ll probably give you money for an Uber, but don’t expect to stay the night.

I, for one, wish I had the kind of game that made Kelly Rowland hit up Nelly on Microsoft Excel. If the love ain’t strong enough to make a whole spreadsheet, I don’t want it.

Unlike Joe, who’s just tryna get it in, Nelly is in full steal-your-girl mode, and Kelly is all about it. Even when she’s with her boo, she’s thinking about a return trip to Nellyville (where this song canonically takes place.) She got a man and a son, but Nelly don’t care. He keeps it moving like a smooth operator. He knows she’s got responsibilities and reasons to stay. Nelly ain’t gonna fight over her or pressure her to leave, but he’ll hold it down on the side whenever she needs it.

This is what scholars would label an essential side-dude text. Nelly not only promises to get up in those jeans but to also be there when the main dude won’t. Both parties have caught feelings, but there’s an understanding that for the moment at least, this is as far things will go for them. He’s not trying to steal Kelly, just be consistent on the side.

You love to see it, truly.

As soon as those opening piano chords hit, you knew this man was bout to be in, his, feelings. Carl Thomas’s “I Wish,” exists in the unique realm of accidental side-dude anthem. He didn’t intend to be a side dude, it just kind of happened to him.

He immediately caught feelings for a woman he didn’t know (his first mistake), and after several days and nights of kicking it she drops a bomb on him: she’s unhappily married with kids. Clearly, our boy Carl doesn’t believe in asking important questions like “Are you single?” or “Do you have kids?”

The accidental nature of it makes this one of the funniest side-dude anthems. While Carl doesn’t outright say “f**k these kids,” the FTK energy is strong on this one. I can’t help but laugh every time I hear him sing “what about me?” in response to her choosing her children over her side piece. If you want more of a laugh, watch the music video and try not to chuckle when this man is essentially crying in the club while everyone is getting it on the dance floor.

If there’s anything to be learned from “I Wish,” it’s a.) don’t be getting caught up on a pretty face and b.) ask questions before catching feelings. Otherwise, you’re gonna be out here ready to square up with a 10-year-old.

Now that we’ve reached the end of our journey, I hope you’ve developed a new appreciation for one of my all-time genres. If the side-dude anthem has taught me anything, it’s that you don’t have to catch feelings to be in your feelings. Now excuse me, I have some Weeknd songs to listen to.

Joe Jurado is a writer, filmmaker and occasional content creator whose work has been featured in The New York Times, The Root and G4. When not writing he’s either hanging out with his dog or ruining someone’s day in Call of Duty.

The post Anatomy of a side-dude anthem appeared first on TheGrio.