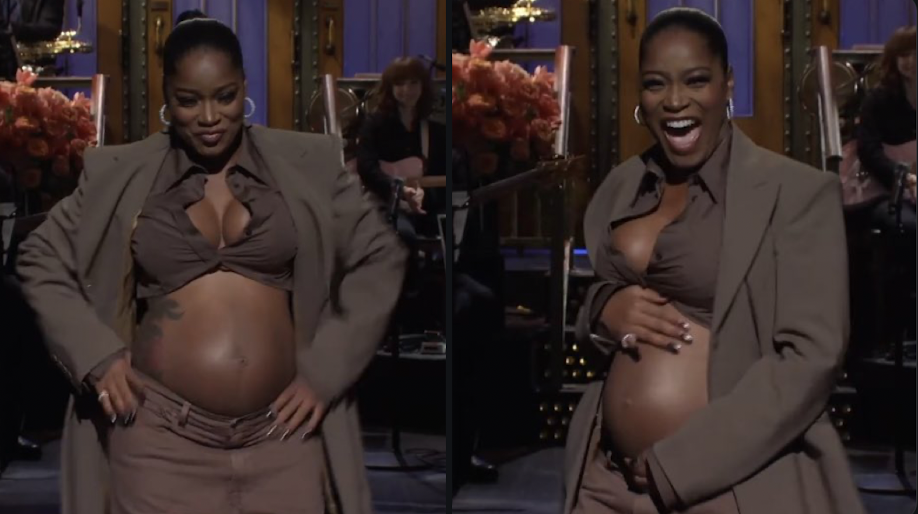 Keke Palmer is having a baby!

The multi-hyphenate revealed her pregnancy on ‘Saturday Night Live,’ where she was the evening’s host.

There have been rumors swirling that Keke might be expecting, but no confirmation up until this point.

While addressing the rumors during her opening monologue, Keke proudly showed the audience her growing baby bump.

“People have been in my comments, ‘Keke’s pregnant, Keke’s having a baby!’ And I want to set the record straight — I am!” she said.

Oh my god! Keke Palmer just revealed she’s pregnant during her SNL monologue and showed off her baby bump! pic.twitter.com/2qsntIVmNF

As for the father — Keke was last linked to Darius Jackson earlier this year. Despite going public with their relationship, all traces of Darius have since been removed from her social media. We’ll have to wait for Keke to give us the tea.