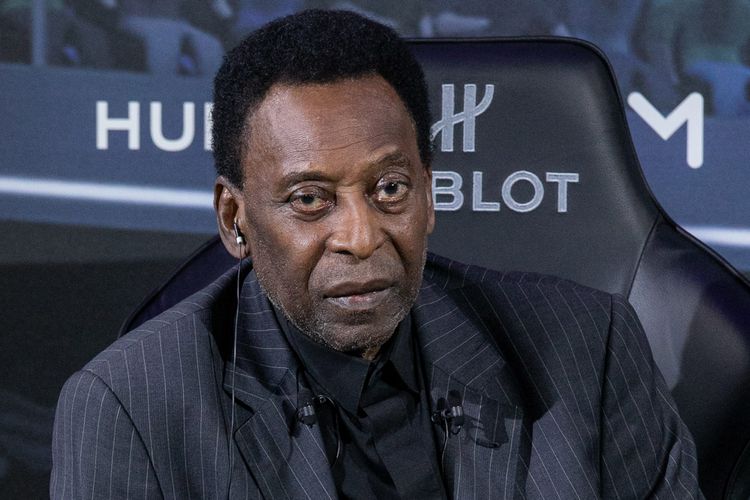 Soccer legend Pelé has reportedly been transferred to a palliative care unit at a Brazilian hospital after chemotherapy for his colon cancer has stopped seeing expected results.

Brazilian daily newspaper Folha de S.Paulo shared the news on Saturday, over a year after the athlete had a tumor removed from his colon in September 2021, and just days after ESPN Brasil reported that he was admitted to Albert Einstein Hospital with “generalized swelling.”

Representatives for Pelé did not immediately respond to PEOPLE’s request for comment.

As the Brazilian newspaper reports, Pelé — who won the World Cup alongside Brazil in 1958, 1962 and 1970 — was “no longer responding to the chemotherapy treatment” and his chemo was suspended so he could receive “comforting treatment” for pain relief without “invasive therapies.”

On Friday afternoon, the hospital reportedly released a note about the star being diagnosed with a respiratory infection, as he was being treated with antibiotics after being hospitalized for a reassessment of his chemotherapy treatment.

“The response has been adequate and the patient, who remains in a common room, is stable, with a general improvement in his health,” a statement obtained by Folha reads.

Pelé’s daughter, Kely Nascimento, previously shared an update on her father’s health Wednesday, after “lots of alarm in the media concerning” it. At the time, Nascimento, 55, said her father was “in the hospital regulating medication” while some of her siblings were “visiting [him in] Brazil.”

“I will be there for New Years and promise to post some pictures,” Nascimento told fans, adding that she and her family “really and truly appreciate the concern and love” for her father.

Pelé — considered one of the greatest players in the history of his sport — had previously posted an image of his face projected on a building in Qatar featuring the words “get well soon” earlier this week.

“Friends, I am at the hospital making my monthly visit,” he wrote. “It’s always nice to receive positive messages like this. Thanks to Qatar for this tribute, and to everyone who sends me good vibes! ??.”

After a 2021 procedure, the soccer legend wrote in an Instagram post(originally written in Portuguese) that a “suspicious lesion” was found in his right colon during routine tests. He had since been in and out of the hospital for chemotherapy and other treatments. “I underwent surgery to remove a suspicious lesion in the right colon,” he said at the time. “The tumor was identified during the tests I mentioned last week.”

“Fortunately, I’m used to celebrating great victories alongside you,” Pelé continued. “I will face this match with a smile on my face, a lot of optimism and joy for living surrounded by the love of my family and friends.”