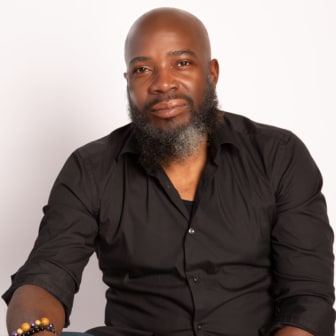 OPINION: As the voice of the African-American community, Van Jones offered his sincerest apology for Black America’s unwillingness to confront white supremacist rhetoric.

Editor’s note: The following article is an op-ed, and the views expressed are the author’s own. Read more opinions on theGrio

Last night, while driving home from the monthly meeting of the Downtown Association of Black Leaders and Colored Keynote Speakers (DABLACKS), I felt like we had forgotten to bring up something.

I remembered the heated debate over whether we should condemn or congratulate Deion Sanders on his new job. I recalled drafting a statement in case Herschel Walker became a senator. Even though we agreed to restate our support for Tiffany Cross and passed a resolution to sit down and have a talk with T.J. Holmes, I still feel like we had overlooked an important subject. After a few phone calls to fellow members of DABLACKS, I decided to let it go.

Thankfully, a respected leader of the African-American community had our backs. When reports surfaced that CNN’s tearmonger-in-chief Van Jones issued “an apology for the silence of my community” at the ​​UJA-Federation of New York Wall Street Dinner, I breathed a sigh of relief. Now, Jones may have been referring to the community of people at the Trump-centric CPAC convention he attended. Perhaps he was talking about the community that is moved to tears by a white supremacist. But for the sake of this argument, I’m going to assume that he was talking about Black people. I’m not the only one.

“CNN host Van Jones, the keynote speaker, opened his speech with ‘an apology for the silence of my community’ regarding discrimination against Jews,” wrote EJP’s Ben Sales. “Jones, who is Black, invoked his Jewish godmother in calling for a renewal of the Black-Jewish civil rights alliance and condemned Kanye West, now known as Ye, for his stream of antisemitic remarks.”

I don’t really believe in the “African-American community,” but I was wondering why the members of Oh-negro Sigh Phi were so silent. Sure, public figures from former President Barack Obama to Dave Chappelle to “African-American” tech mogul Elon Musk have vociferously spoken out about Kanye West and his recent dalliance with pro-Hitler white supremacists, but did anyone check to see if Van Jones heard from us?

Who is more qualified to accurately gauge the sentiments of the Black community than the guy who told his community to give Donald Trump “his due” for being the “uniter-in-chief.” Maybe Jones missed all those tweets condemning Ye’s antisemitism because he was invited to so many cookouts. Instead of browsing Black Twitter, he could’ve been busy workshopping the chant he debuted during his speech.

Thankfully, I can stop worrying if my Jewish brothers and sisters have heard the loud condemnations that have been vocalized by everyone in the Black community besides Dr. Umar. Had Jones not spoken up, the Jewish community might have assumed that I support the policies of Hitler, Trump, Milo Yiannopoulos, Alex Jones and various other Nazi-adjacent rappers. It would have been a shame if they walked around believing that my negro cohorts and I think slavery was a choice and exterminating people because of their ethnicity isn’t so bad.

I can recall how angry the entire Jewish community was when Ye was just anti-Black. Actually, I can’t, but I’m sure they said something at the NAACP Image Awards, so it’s only right that we reciprocate as a group. We are so lucky that one of the leading voices of reason in the African-American community offered the mea culpa that we refused to give.

So, Thank you, Van Jones.

As a community, we know that Black people must work twice as hard to get half as far. It must be very time-consuming being on both sides of every issue, from Tim Scott to Tim Scott. Even though some people contend that “Black people don’t trust you,” DABLACKS would still like to thank you for playing a vital role in our community.

Why isn’t anyone clapping?

Michael Harriot is a writer, cultural critic and championship-level Spades player. His book, Black AF History: The Unwhitewashed Story of America, will be released in 2023.

The post Thankfully, Van Jones has apologized for my silence on antisemitism appeared first on TheGrio.