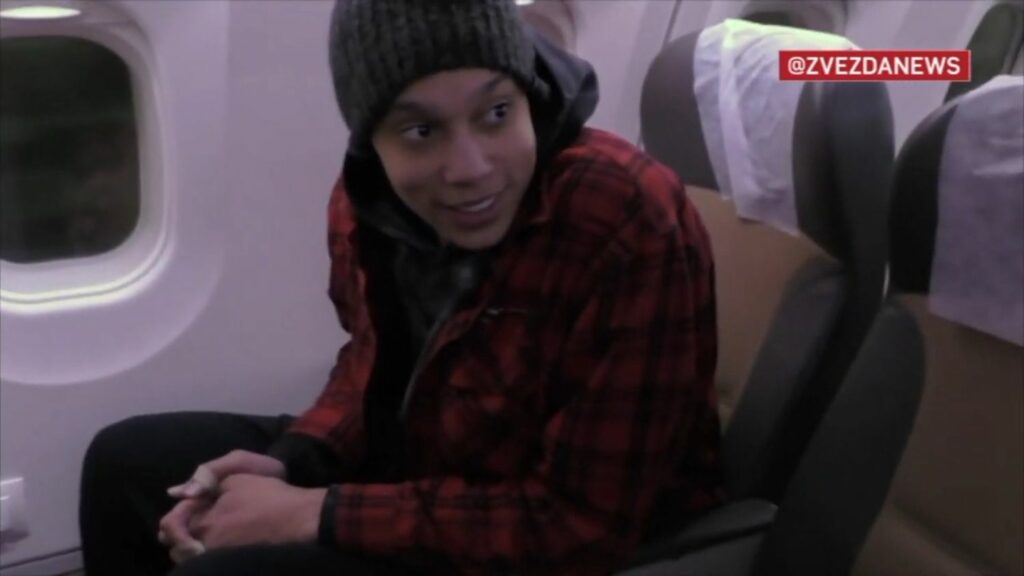 New footage released by Russian media shows the WNBA star’s final moments in Russia before her release on Thursday.

“I’m good,” Griner, 32, said while aboard the aircraft on her way home. When asked what her mood was, she said, “I’m happy.”

“Yes, I’m ready,” Griner told officials aboard the plane when asked if she was ready for the flight.

Griner appeared relieved as she was seen reviewing paperwork in the first moments of the video. Next, she’s shown outdoors holding luggage as she stands next to Russian prison guards and gets into a van, before she’s seen on the plane.

Griner, who was sentenced to nine years in a Russian prison on drug smuggling charges, was released in a one-for-one prisoner swap for international arms dealer Viktor Bout on Thursday, CBS News reported, citing a U.S. official.

Later in the video, Griner is seen exiting the plane in the United Arab Emirates and passing Bout on the tarmac.

Griner is currently en route to San Antonio, Texas where she will receive medical attention and reunite with her family.

On Thursday, WNBA commissioner Cathy Engelbert confirmed that Griner is on her way to San Antonio, where she will meet her wife, Cherelle Griner, and reunite with her parents.

Engelbert stressed that this is “a critical time” for the athlete and her family. “We’re going to give her the appropriate space and time for that and then follow what Brittney and her family want to do about re-engaging with the WNBA.”

The Phoenix Mercury star is reportedly “in good health” and will be “offered a wide range of support options” as she returns home, a senior White House official said Thursday.

The exchange agreement between Griner and Bout was recently negotiated with Moscow and was given final approval by Biden last Thursday, five former U.S. officials told the outlet. Paul Whelan, another American who remains jailed in Russia, was not included in the swap, CNN said.

We’re truly relieved Brittney’s story is getting a happy ending.

The post Brittney Griner Says She Is ‘Good’ and ‘Happy’ in Footage of Her Release from Russian Prison appeared first on LOVEBSCOTT.