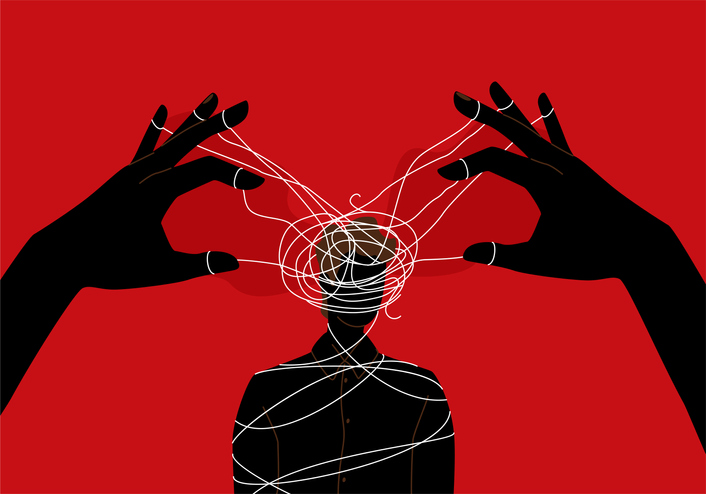 Heritage dictionary Merriam-Webster has dubbed “gaslighting” its word of the year for 2022.

The publisher defines the phrase as the “psychological manipulation of a person, usually over an extended period of time, that causes the victim to question the validity of their own thoughts, perception of reality, or memories.”

Merriam-Webster noted that the effect of gaslighting on the victim “typically leads to confusion, loss of confidence and self-esteem, uncertainty of one’s emotional or mental stability, and a dependency on the perpetrator.”

The context surrounding the phrase becoming 2022’s word of the year reflects the complicated, confusing, and often uncertain and anxiety-provoking reality of today’s world.

As Merriam-Webster explained, “In this age of misinformation — of ‘fake news,’ conspiracy theories, Twitter trolls, and deepfake — gaslighting has emerged as a word for our time.”

The phrase originates from the title of a 1938 play wherein a man tried to make his wife think she was crazy by insisting she couldn’t trust her own perception of reality.

Merriam-Webster also defined gaslighting as “the act or practice of grossly misleading someone, especially for one’s own advantage.”

Data on Google Trends additionally highlights that the U.S. has increased searches of the term gaslighting five times over the past five years, with interest currently at a peak. 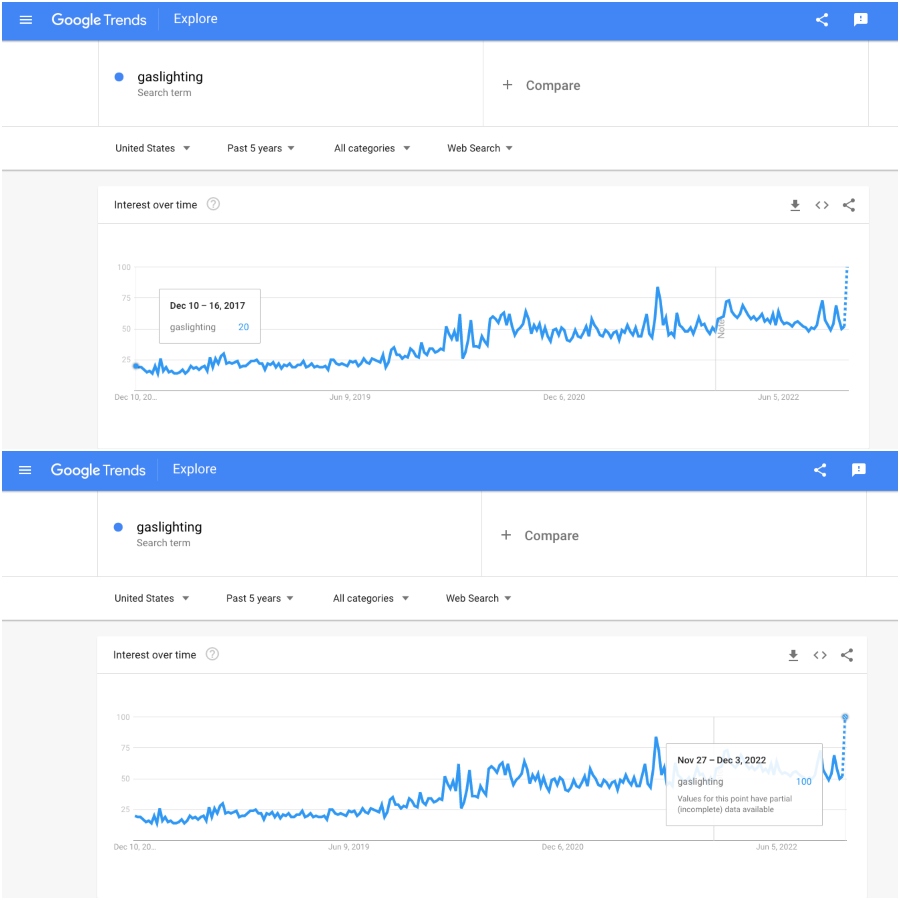 Within the last 30 days, two relatedly searched topics to gaslighting were “ghosting” and “catfishing.” 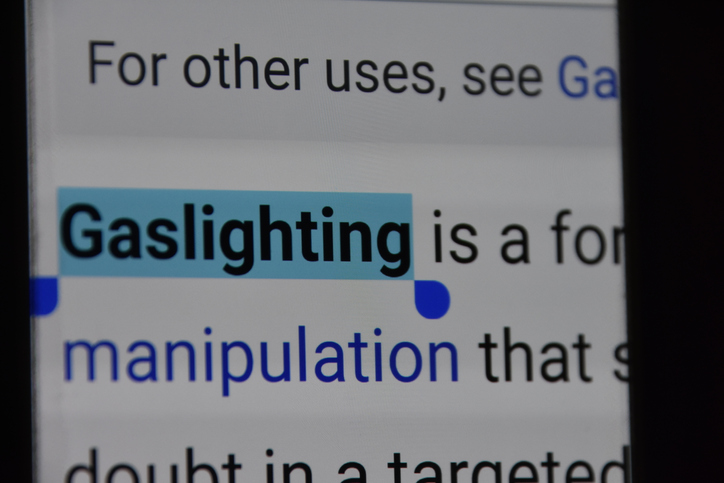 RELATED CONTENT: “These 6 Types of Dysfunctional Communication Are Ruining Your Relationship”

While some of the rise in the term’s Google searches can be attributed to Merriam-Webster dubbing it the word of the year, the data over the last five years highlights that people’s interest in gaslighting isn’t anything new.