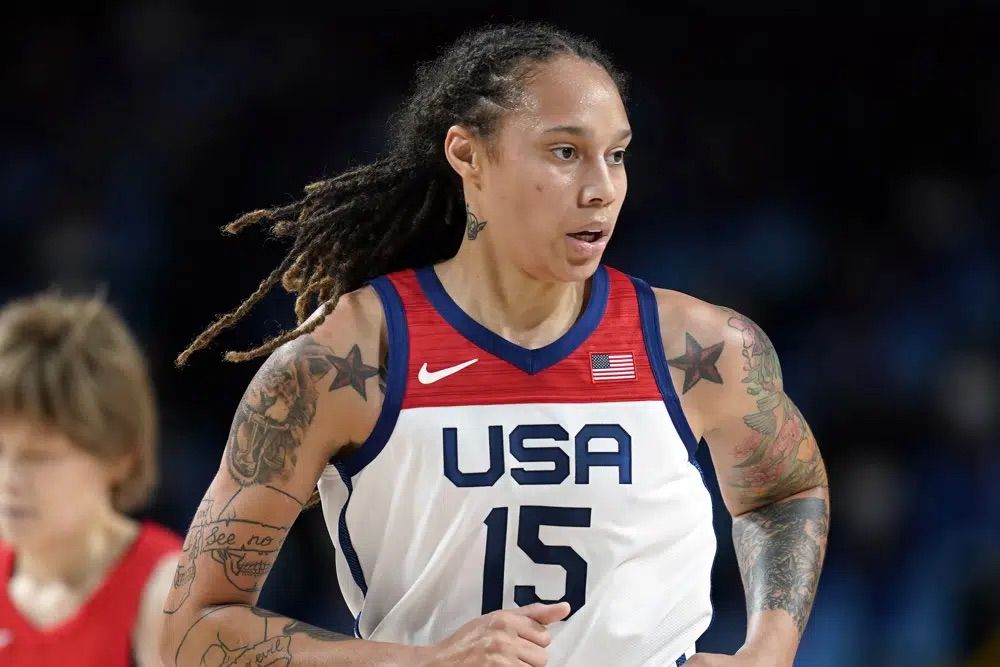 Just in time for Christmas! WNBA star Brittney Griner, who has been held for 9 months in Russian prisons on drug charges, was released in a one-for-one prisoner swap for international arms dealer Viktor Bout. Cherelle Griner, wife of the WNBA star, joined President Joe Biden to celebrate her release, sharing she’s “overwhelmed with emotions.” Also inside, hear what the family of Paul Whelan, a U.S. citizen and former Marine imprisoned in Russia, has to say about BG’s release… 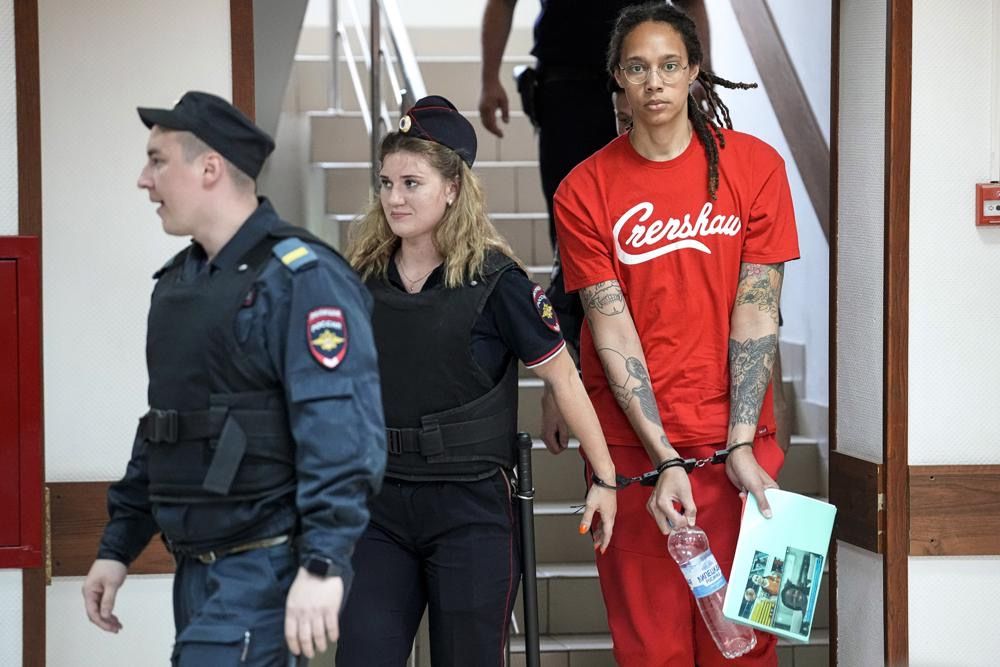 In a dramatic prisoner exchange on Thursday (Dec. 8th), Russia released WNBA star Brittney Griner after she spent nine months in captivity on drug charges in a one-for-one prisoner exchange for Viktor Bout, a convicted Russian arms dealer known as the “Merchant of Death.”

The swap occurs during a period of increased tensions over Ukraine as Russia continues to wage war on the country. Also, the swap is considered one of the most high-profile prisoner swaps between Moscow and Washington since the Cold War.

In a statement from the Roosevelt Room of the White House, President Joe Biden confirmed Brittney’s release, where he was joined by Cherelle Griner, Brittney’s wife, and Vice President Kamala Harris. President Biden said Brittney would be back in the United States within 24 hours.

”She’s safe. She’s on a plane,” President Biden said. “She’s on her way home, after months of being unjustly detained in Russia, held under intolerable circumstances. Brittney will soon be back in the arms of her loved ones and she should have been there all along. This is a day we’ve worked toward for a long time. We never stopped pushing for her release.”

Cherelle Griner also spoke during the brief conference, sharing how much turmoil she has suffered over the last nine months that her wife has been gone and how delighted she is that she’s getting her back right before Christmas.

”Over the last 9 months you have been so privy to one of the darkest moments of my life and so today I’m just standing here overwhelmed with emotions but the most important emotion that I have right now is just sincere gratitude for President Biden and his entire administration,” Cherelle said.

“Today, my family is whole. But as you all are aware,” Cherelle Griner added. “There are so many other families who are not whole. BG’s not here to say this, but I will gladly speak on her behalf and say that BG and I will remain committed to the work on getting every American home, including Paul (Whelan) whose family is in our hearts today as we celebrate BG being home. We do understand that there’s still people out here who are enduring what I endured the last 9 months of missing, tremendously, their loved ones.”

Brittney’s wife thanked members of the Biden administration, the Phoenix Mercury, the WNBPA and Brittney’s agency for doing everything they could to keep the WNBA star in the spotlight while she was in a Russian prison.

President Biden said he spoke to Brittney and tweeted that she was on her way home.

Moments ago I spoke to Brittney Griner.

Once she touches down in the United States, she’ll be taken to a medical facility in San Antonio where she will receive care, a senior administration official said. Her wife will meet her there.

Brittney Griner, who plays for the WNBA’s Phoenix Mercury, was detained at Moscow’s Sheremetyevo Airport in February after airport officials found cannabis-derived oil cartridges in her luggage. She pleaded guilty to drug smuggling and possession charges in October. She was sentenced to more than nine years in prison. 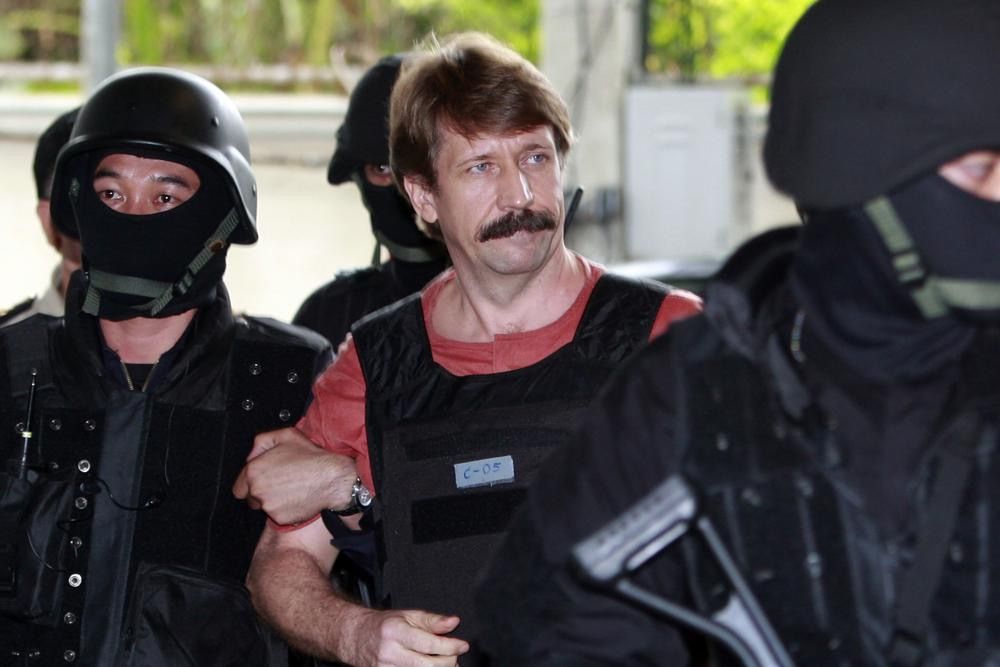 Brittney Griner was traded for Viktor Bout (above), a 55-year-old arms dealer accused of supplying Al Qaeda, the Taliban, and Rwandan rebels. He was arrested in Thailand in 2008 and convicted in New York in 2011 on charges that included plotting to murder Americans.

Marine veteran Paul Whelan, who has been imprisoned in Russia for nearly four years, was not released despite months of efforts to include him as part of the exchange.

MORE: “I am so glad that Brittney Griner is on her way home,” Paul Whelan’s brother David Whelan says.

“The Biden Administration made the right decision to bring Ms. Griner home, and to make the deal that was possible, rather than waiting for one that wasn’t going to happen.” pic.twitter.com/H0MiIkZta4

Paul Whelan’s brother, David Whelan, said that U.S. officials told the family on Wednesday (Dec. 7) that Paul would not be exchanged with Brittany.

“That early warning meant that our family has been able to mentally prepare for what is now a public disappointment for us. And a catastrophe for Paul,” the family said. “I do not know if he is aware yet, although he will surely learn from Russian media.”

Paul Whelan has been imprisoned in Russia since December 2018 on espionage charges that he and the US government have denied.

In 2020, he was sentenced to 16 years in prison. He was working as the head of global security for an auto parts supplier in Michigan at the time of his arrest.

During the press conference, President Biden said “this was not a choice of which American to bring home.” He said Russia is treating Paul’s case differently than Brittney’s. While they have not yet succeeded in securing Paul’s release, the Biden administration will not give up. Watch the clip below:

In announcing Brittney Griner’s release, President Biden said the U.S. has “not forgotten about Paul Whelan” and will “never give up” trying to secure his release from Russia. The corporate security executive has been jailed in Russia since December 2018. https://t.co/H0w8BNHNJZ pic.twitter.com/68ReMNconb

The U.S. said both Brittney and Paul were “wrongfully detained” and officials suspect Russia is using the American prisoners as leverage.

A senior White House official told the NY Times that Russia made it clear in the last several weeks that it would only offer a one-for-one swap — Brittney Griner for Viktor Bout — and that it was unwilling to consider releasing another detained American, Paul Whelan.

In April 20222, Trevor Reed, a U.S. citizen and former Marine who had been detained in Russia since 2019, was released from Russia in a prisoner swap for Russian citizen Konstantin Yaroshenko.