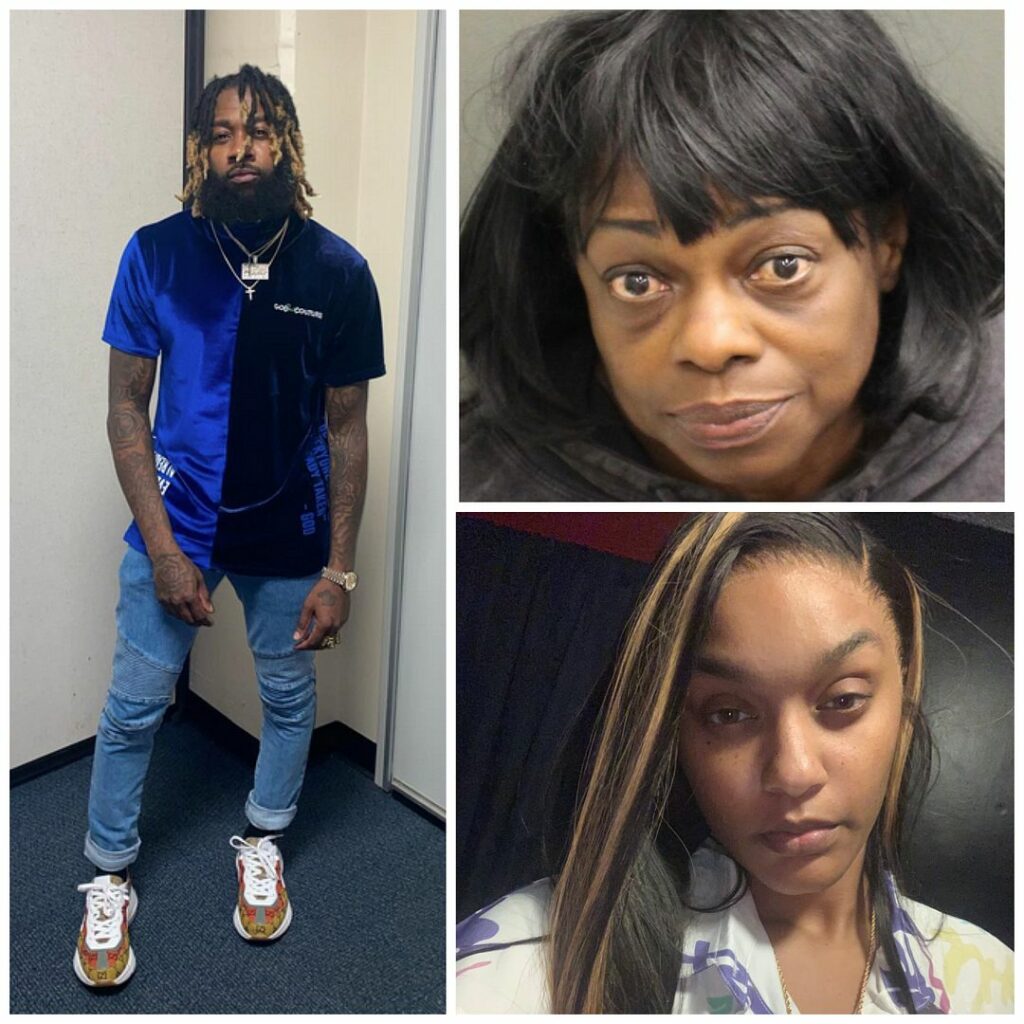 In horrible news, a murder charge has been brought against Sammie’s mother after the fatal shooting involving a mother of two. Now, the R&B singer is speaking out. Details inside…

The mother of R&B singer Sammie has been arrested on murder charges following a shooting in Orlando, Florida, last week that tragically killed a young wife and mother.

Angila Baxter, 56, has been charged with second-degree murder with a firearm and shooting into a vehicle in the shooting death of Nekaybaw Collier, 27, on January 12th in Orange County, Florida. Angila, the mother of 90s R&B star Sammie, was allegedly shooting at random cars, one of which hit Nekaybaw’s, and one of the bullets was fatal. Nekaybaw was found dead in her wrecked car on North Powers Drive.

According to police, Angila claimed she was being followed by several unidentified people, which prompted her to detonate the deadly bombs.

An arrest has been made in the shooting death of 27-year-old Nekaybaw Collier.
OCSO Homicide Detectives have arrested Angila Baxter, 56, for Second Degree Murder w/a Firearm. Baxter was randomly shooting at vehicles on 1/12 when Nekaybaw was driving in the area & was struck. pic.twitter.com/pVFSWSPF3Y

Authorities responded to a report of a black 2015 Mercedes Benz colliding with a parked vehicle. The young mother was shot once and died at the hospital as a result of a gunshot wound to her left abdomen. She was only a mile away from her family’s house, picking up groceries.

According to an arrest affidavit, on the same day, Angila allegedly shot at or into at least two other vehicles in the Pine Hills area. She allegedly told investigators that she shot in the air or at cars at least twice because she thought she was being followed.

The affidavit also describes another shooting on Jan. 12, when an officer was allegedly flagged down by a second victim, who claimed he was shot by a Black woman driving a red SUV. He called the police after following Angila to an intersection, where she began shooting at random cars. A bullet hole was discovered in the victim’s truck, and the projectile was recovered as evidence.

Days later, a second victim came forward with additional information about a similar incident, claiming she made contact with the suspect while driving on Jan. 12. She recalls pulling over next to a Black woman in a red car who cursed at her, saying, “Why the f— are you following me?

Later, the victim discovered two bullet holes in the front of her car.

According to police reports, they spoke with another witness who heard two gunshots outside her home. According to the witness, when she came out of her house, she saw Angila in the red SUV shooting at and cursing the second victim, as well as shooting at other vehicles as she drove away.

From a lineup of six other women, the witness identified Angila as the shooter.

During a subsequent search warrant of her home, officers discovered several firearms in Angila’s purse, including a 9mm gun and a Silver .38 revolver. She was also found with several cellphones.

A GoFundMe account has been created in Nekaybaw’s memory to support her two daughters and family, with over $10,000 raised. The fundraiser described Nekaybaw as a loving mother, wife, daughter and more.

Nekaybaw Iyonna Collier was a loving mother, wife, daughter, sister, granddaughter, niece and friend to all who knew her. Tragically on January 12, 2023, she was taken from us as a result of gun violence in Orlando, Florida. Our lives will never be the same since we lost our precious baby girl.

Nekaybaw was a beautiful soul who would have given the shirt off of her back to care for the people that she loved. She was kind, caring, smart, talented, and beautiful. We are deeply mourning her loss. We are raising funds to cover the costs of memorial and funeral expenses and to provide care and mental health services for her two beautiful daughters whom she loved and cherished with all of her heart.

You can donate here.

Sammie’s mom was apprehended on January 17 and is being held at the Orange County Jail.

The R&B singer took to social media to send prayers for Nekaybaw’s family and to ask for privacy during this troubling time:

The 35-year-old occasionally mentions his mother on social media and he gave her a special shoutout in 2020 on his birthday.

And the story goes…33 years ago my mom Angila Denise Baxter did the grown up with my dad Sammie Lee Bush Sr and voila , a Star was born …ewwww, yucky . But greatness.

Sending up prayers to everyone involved!