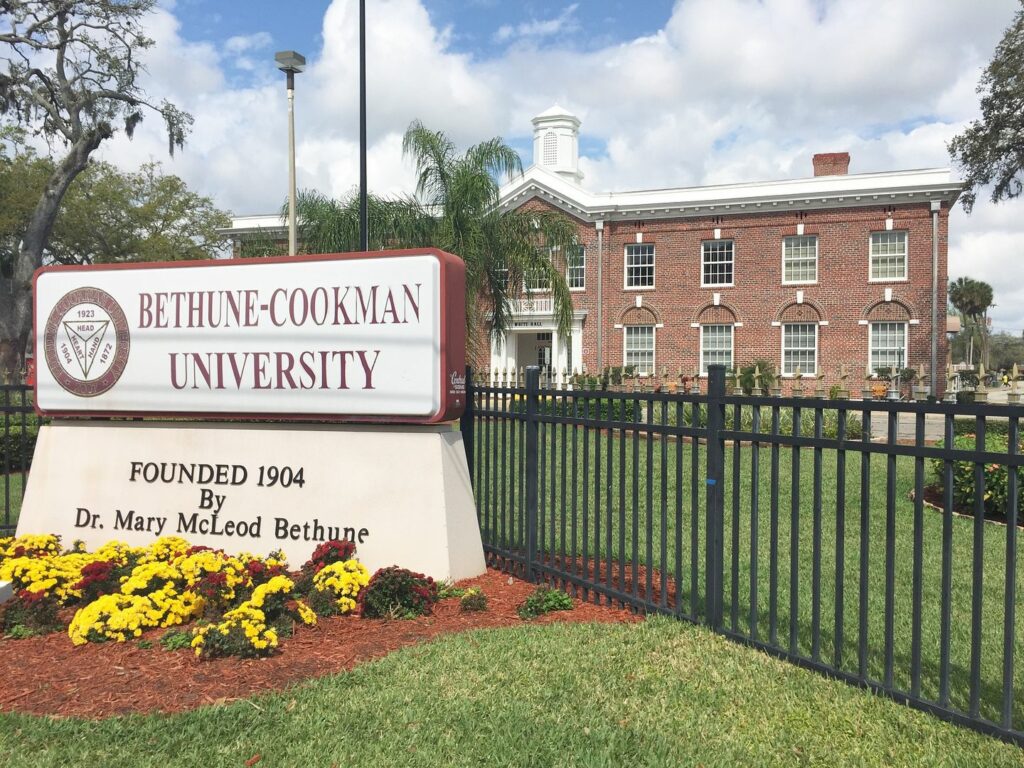 Bethune-Cookman University is currently embroiled in controversy and drama as the school is being blasted for unsafe living conditions, as well as the drama surrounding the dismissal of head coach, Ed Reed, a former NFL safety.

The conflict between Ed Reed and Bethune-Cookman, a historically black university, intensifies following his exit, which marked his first head coaching position.

The Super Bowl champion and nine-time Pro Bowl star announced his resignation as head coach at the HBCU on Saturday (Jan. 21st) after 25 days.

The university, according to Ed, “won’t make good” on the agreement the two parties had in principle and declined to ratify his contract.

In an emotional tirade on Saturday, Ed attacked the administration while criticizing the Daytona Beach, Florida, school. He stated that he did not want to leave, but that he had no choice because the school does not want him there.

“My vision is probably moving too fast for a lot of people,” Reed said, in part, in a video he posted to Instagram. “I’m not withdrawing my name as they say. They don’t want me here. They do not want me because I tell the truth.

“It hurts. This hurt because people don’t care about these kids like I do and they should be the ones leaving not me, ’cause I don’t want to.”

Ed Reed was notified by Bethune-Cookman that he will no longer be the Head Coach.

His response was one of the most impassioned speeches I’ve ever heard & he states @DeionSanders was right. Reed clearly loves these kids.

Ed, who was hired on Dec. 27th, posted a longer video of his conversation with the football players with the caption, “I am NOT withdrawing my name as the Head Coach at Bethune Cookman. The administration and the AD are forcing me out. Thank you to all that supported me and my staff through this process. Good day and God bless.”

Ed Reed was hired to revamp the school’s football program and the university was hoping to find the same success that Jackson State did when it hired Deion Sanders as coach.

“Bethune-Cookman University has been working with my legal team to craft contract terms with the language and resources we knew were needed to build a successful football program,” Ed Reed wrote on Twitter. “It’s my desire to not only coach football, but to be an agent of change that most people just talk about being. However, after weeks of negotiations I’ve been informed that the University won’t be ratifying my contract and won’t make good on the agreement we had in principle, which had provisions and resources best needed to support the student athletes.”

Bethune-Cookman said in a statement on Saturday that it had “decided not to proceed with contract negotiations” with Reed.

”While we appreciate the initial interest in our football program displayed by Mr. Reed during the course of recent weeks, we are also mindful of the qualities and attributes that must be exhibited by our institutional personnel during what have been uniquely challenging times for our campus as we recover from the impact of two hurricanes during this past fall semester,” the statement said in part.

Bethune-Cookman University Interim President Dr. Lawrence Drake, II appeared on “Roland Martin Unfiltered” where he confirmed he was the one who decided not to move for with Ed Reed as head coach.

The Pro Football Hall of Fame safety went on Instagram Live while driving around campus on a golf cart, blasting the university for its uncleanliness.

Peep a few clips below:

“I’m waking out here with the football team picking up trash.”

“I should leave! I’m not even under contract yet”

“They didn’t even clean my office when I got here!”

“Prime was not wrong about what he was saying. All HBCUs need help because of the people who’s running it. Broken mentalities out here” pic.twitter.com/ELDoaVS2L2

Dr. Drake, II said it was “appropriate” for the school to continue negotiations with Ed Reed since their goals didn’t align.

The final straw for Dr. Drake, II was the third or fourth video Ed posted “with the background music being booties, butts, boobs, and hoes. We have… 65% of our campus is female. We are trying to build young men to respect black women. People can say whatever they want to say, but we think you can do anything respectfully,” he said at the 21:48-minute mark.

Later in the episode, Ed Reed spoke with Roland Martin to address the drama, claiming the school’s administration is “lying on him.” Watch the former NFLer get emotional below:

Ed Reed gets emotional talking about Bethune-Cookman’s firing of him and says they’re not being truthful. pic.twitter.com/B1ukxqe9aG

Ed Reed revealed he turned down being head coach at Jackson State following Deion Sanders’ exit. Watch the clip below:

Members of the Bethune-Cookman football team rallied behind Ed Reed, saying he did “more in three weeks than they have in the past five years.” They said they don’t have showers, have to share helmets, and don’t even have a locker room. Hear from the players below:

Man listen to these kids on @rolandsmartin meeting! I see why Ed Reed acted the way he did!! Can’t tell me the Interim President, AD, or the Board didn’t know!! https://t.co/r2XPa0oHFP pic.twitter.com/4rQBdUJ2Sh

Students at Bethune-Cookman University have organized protests because they are fed up with the unsafe living conditions at their school and are demanding change. They complained about mold, campus meals, a lack of hot water, and other issues.

Below are photos backing the students’ claims:

Students at Bethune-Cookman University say they are dealing with a mold problem at their dorms pic.twitter.com/RFJkOuw9NT

The student body has launched protests on campus in response:

Bethune Cookman students are calling for the Board of Trustees’ removal. They say campus facilities have many issues the school isn’t addressing. Ed Reed spoke out and contract negotiations broke down, which was the “icing on the cake.” @WFTV pic.twitter.com/mSrsUSik8l

Dr. Drake, II said said the moldy conditions the students are living in “isn’t mold, but mildew” caused by hurricanes that damaged the school. Watch the clip below:

Bethune-Cookman students also called for Ed Reed to be installed as the school’s head coach.

“I believe that students are frustrated about changes that are needed,” he said. “It is their right to protest. I think my grandmother would be appreciative of kids standing up for their rights. I don’t think these conditions would be here if she was here. There are things that need to be addressed and the sooner they are the happier the students will be.”

Mr. Bethune also weighed in on the school’s interim president.

He said, “It is unfortunate. I spoke with him. He’s disappointed. Hopefully, something could be talked about and brought back to the table where he could get this position but time will tell.”

You can watch Roland Martin’s full episode below: