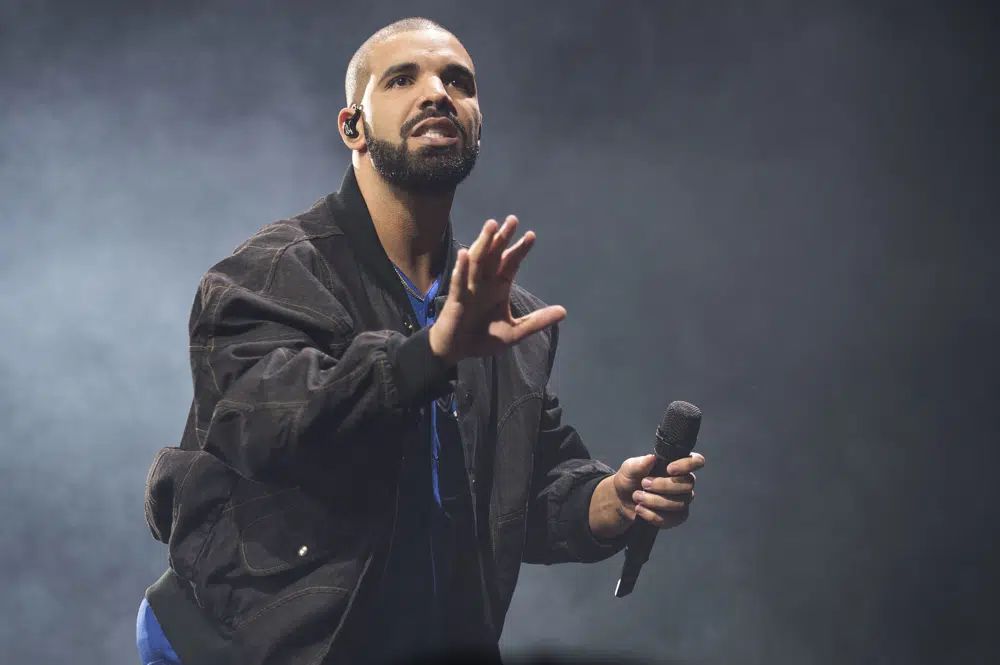 Drake had to pause his show at Harlem’s Apollo Theater after a fan fell from the balcony and landed in an area where New York Giants players were. See video footage of the fall inside, plus details about the NYPD allegedly spying on fans…

Drake’s Apollo Theater takeover for SiriusXM, which took place over two nights this past weekend, was long overdue after being postponed twice. Saturday’s show went down without any issues. However, Sunday’s show was quite eventful.

The show was paused when one fan got too excited and fell into the audience from the venue’s mezzanine balcony. According to reports, the incident occurred around 90 minutes into the show, just after 21 Savage joined Drake onstage to perform songs from their collaborative album. A man fell into the orchestra pit from the second floor before they could start performing, disabling some of the venue’s lighting.

A fan who was at the concert told Page Six that the man didn’t just simply fall from the balcony, but rather “jumped into the crowd from the balcony because he was so hyped!” Lord.

Also, the source revealed the man “landed on the New York Giants!”

“The football players were in that area,” said the source.

Drake had to pause his show tonight after someone accidentally fell off the balcony. He’s okay and they kept on preforming. pic.twitter.com/EWKBDIF3mN

Drizzy stopped for about 15 minutes while security and other venue staff made sure the fan was not injured before he continued performing.

The Apollo Theater took to social media to confirm no one had been hurt:

“Unfortunately, last evening an incident occurred with an audience member who landed in the orchestra from the lower mezzanine,” the theater wrote in an Instagram post. “Drake, Apollo and SiriusXM halted the show immediately when learning of a potential fan injury and standard protocols were taken. They were seen immediately by EMS on site. The fan and other audience members reported that they were OK. No major injuries have been reported. The Apollo is investigating the situation further.”

A few Giants players were near the fan who fell, including Andrew Thomas, Saquon Barkley, and Daniel Jones, following their playoff loss to the Philadelphia Eagles. Odell Beckham Jr., a former wide receiver for the New York Giants, and Aaron Judge, the current MVP of the New York Yankees, were also present.

NYPD recording every single person exiting The Apollo after the Drake show. Eric Adams is a legit supervillain. https://t.co/tLirPTf2G5

Concertgoers took to Twitter to air out their frustrations after seeing a New York Police Department officer filming concertgoers as they left the venue online.

“NYPD recording every single person exiting The Apollo after the Drake show. Eric Adams is a legit supervillain,” someone tweeted.

The video, which was tweeted by Jon Caramanica, the pop music critic for the New York Times, raised questions about surveillance of the hip-hop scene in New York and prompted the NYPD to release a statement about it.

“The officer depicted in the video is a Community Affairs officer involved with the 28th Precinct’s social media team. The officer was taking video for an upcoming Twitter post that will highlight local community events,” a spokesperson for the Office of the Deputy Commissioner, Public Information said in a statement to Consequence. “The video will not be utilized for any other reason.”

”CBS Mornings” co-anchor Gayle King made her way to the Apollo Theater on Saturday night for Drake’s first performance. We see you, Gayle!