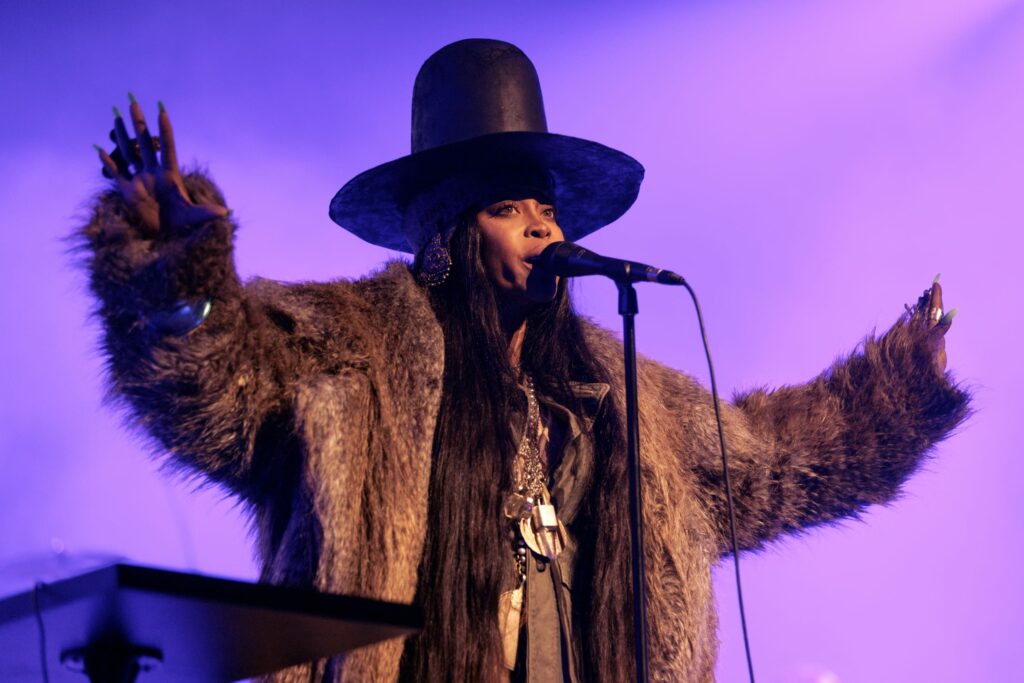 OPINION: Erykah Badu’s oldest daughter Puma Curry posted pictures of herself posing with her mother as they showed off their bodily assets. Respectability politics reared its head, and men were predictably gross about it.

Unless you have been hiding under your bed for the last two days, you have to be at least somewhat aware that Erykah Badu and her 18-year-old daughter Puma Curry broke the internet after Puma posted a carousel of photos to her personal Instagram account that showcased everything she got from her mama.

I didn’t see anything wrong with the picture. Puma is a brand new young adult, an older teen, and she is doing what most young adults and older teens do. That she obviously had not only her mother’s support but also her participation was the bonus points.

Erykah showed us her “Window Seat” many years ago, so seeing her with her booty tooted out in a picture was a pleasant surprise, but not a shocker. We knew what she was working with.

If we are being honest, the pictures are super cute, so please explain to me why two particular factions of Twitter decided to show their entire behinds over it?

First, there were the respectability politics people, who wanted to know why on earth Erykah — a mother who will turn 52 years old next month — would dare pose in a series of photos like this with her teenage daughter.

Why shouldn’t she show that off? More importantly, why are you letting it bother you?

She’s not naked — although that wouldn’t be a problem either for most of us with maturity on our side. She’s fully clothed with her booty poked out. Grow up, adult children.

Erykah is free to do whatever she wants. You are free to engage with it or not. Yes, we are all entitled to our own opinions, but some of the comments I’ve seen sound more like the bitter judgments of people who have been repressed all their lives and worry more about what others think of them instead of uplifting themselves.

To address those naysayers, Puma made a followup post in which she said she was the one who posted the pictures — not her mother — and that she is an adult. She wanted to know what the real issue was.

Erykah and Puma’s father, rapper The D.O.C., showed up in the comments section to ask, “Well?” Clearly both parents were in support of their daughter.

So again, I have to ask, what’s the issue? Why are y’all mad? If you “would never post something like this with my child” don’t post it. If you believe “this is the problem with these ‘new age moms’” (which, lol, Erykah is 52, not 22), then continue mothering in the way that you see fit and leave other people alone.

At the end of the day, no one is being exploited. These are two adults making a conscious decision to do whatever they want, and y’all yammering on about it like hens at a sewing circle isn’t going to change that.

Puma has obviously been empowered to own her sexuality, her body, her self-image and all that goes along with it. She’s fine.

Alongside all the pearl-clutching and head-shaking, men were particularly disgusting in their responses to the photos.

I get that men are going to drool over women with fat asses. But when one of those women is an 18-year-old young lady, I would hope there would be some amount of restraint displayed when it comes to making comments about her body — especially sexually explicit comments and otherwise debasing comments.

I saw all manner of disgusting tweets with men describing what they would do to both Erykah (ew) and her daughter (extra ewwwwww) if they had a chance.

I emphasize that last part because one recurring argument I saw from men who were called out for making lascivious comments about Puma is “she’s legal!”

This is the part where I inform you that age of consent doesn’t give you permission to be a creep. Get a hold of yourself and try to control your (gross) hormones.

Yes, she is an adult, but she is a very young adult who is still an older teen. She still has a lot of growing and learning to do, and she is still not an age-appropriate target for your fetishizing. Y’all sound like you need to be in prison right along with “the Pied Piper” because all of this is nasty.

A woman sharing photographs of herself loving her shape and her body is not an invitation for you to be a creep. A young woman growing into herself and her identity is not fodder for your fap files. You sound like you need to be on somebody’s registry, and your neighbors need to know about you. You sound like you shouldn’t be allowed near schools or playgrounds.

Please stop this at once. Erykah and Puma didn’t sexualize themselves in those pictures. Y’all sexualized them.

I realize a lot of this will fall on the deaf ears of the unintelligent, ash-covered proletariat, and I am prepared for that, but if I even reach one of y’all, my job is done.

In the meantime, wash your sheets, put a box spring and a frame under that mattress you got sitting on your mama’s carpet, and do better.

Signed, a woman who is tired of seeing y’all be terrible all the time.

The post Age of consent doesn’t give you permission to be a creep appeared first on TheGrio.