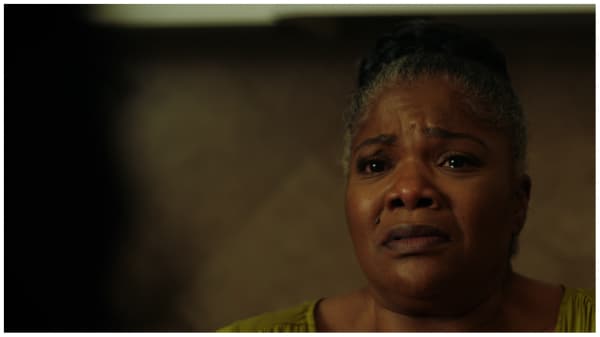 *Mo’Nique and Lee Daniels squashed their years-long beef in 2022 and teamed up on a supernatural thriller that’s set to debut on BET+ next month.

Written and directed by Courtney Glaudé, the BET+ original film “The Reading,” centers on recently widowed author Emma Leeden (Mo’Nique) who has agreed to a staged reading by 19-year-old Sky Brown (Chastity Sereal) to promote her new book “Invasion,” which details the horrific and traumatic loss of her family during an attack she barely survived. Quickly, those involved in the staged reading learn that Sky’s spiritual connection is real, and an unexpected evil emerges in a house they can’t escape, per the official synopsis.

“The Reading” marks the first project Hicks and Daniels have partnered on in over a decade. The two previously collaborated on the award-winning film “Precious,” for which Mo won an Oscar. The pair had a falling out over Mo’Niques alleged unwillingness to promote the film and she accused Daniels of having her blackballed in Hollywood.

Watch the trailer for “The Reading” below.

In April 2022, during the comedian’s “Mo’Nique and Friends: April Fools Day with The Queen of Comedy” event at St. George Theatre on Staten Island, she brought the filmmaker out on stage and Daniels offered her a public apology.

“I am so sorry for hurting you in any way that I did,” Daniels told Mo’Nique at the time. “Y’all, and she was my best friend — my best friend. Y’all think that Precious was just … That was God working, through both of us.” He continued, “And we’re gonna f*cking do it again!” as the two then briefly danced onstage.

“The Reading is a rollercoaster of a project that I am thrilled to see come to life,” director/writer Courtney Glaudé said in a statement. “I am a fan of the surgical performance by Mo’Nique, and the love and commitment from the entire cast during the pandemic. I appreciate the dedication to bringing this, as I was told, “sick” vision of mine to the screen; and of course Lee Daniels for being crazy enough to Executive Produce the project and believing in me. I can’t wait for the audience to think they know, but have no idea what’s going to happen. I promise you…it’s crazy.”

“The Reading” premieres February 2 on BET+. Will you be watching?

In related news, Mo’Nique and Daniels have also teamed up for the upcoming horror flick “The Deliverance” (previously titled “Demon House”).

“The Deliverance” is based on real-life supernatural events that plagued Latoya Ammons and her three children in Gary, Indiana in 2011.