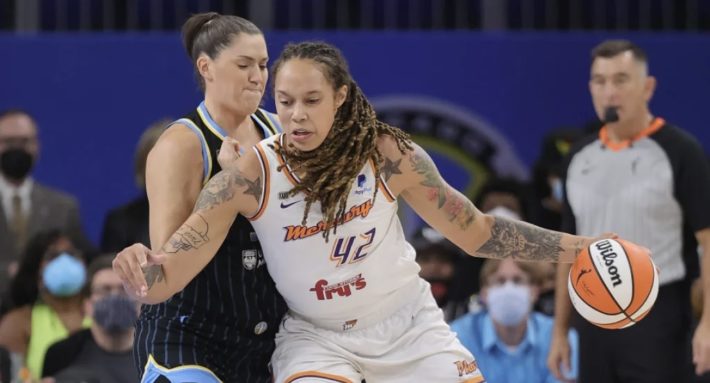 However, there is a belief among many that it won’t be an entirely smooth process and her presence could affect the entire league’s policies, though that could be for the better in the long run.

Brittney Griner plans to play in the next WNBA season, but may need to fly privately, separately from her teammates due to security concerns.

Mirror reported that security risks render the 32-year-old unable to fly on commercial flights, despite that being a league-wide requirement. WNBA teams are not allowed to take private flights as the “cost is prohibitive for many franchises,” but the Phoenix Mercury star will require special accommodations, which could make the playing field imbalanced if her entire time is allowed to travel with her. ESPN‘s Ramona Shelbourne reported that Griner has yet to request any special accommodations.

Mirror added that it would cost an estimated $30 million per season for each team to charter private planes, and the New York Liberty was already fined $500,000 for doing so during the 2022 WNBA season.

Seattle Storm star Breanna Stewart tweeted on Sunday (Jan. 22) about her willingness to participate in a deal that can help subsidize chartered travel for the entire league, especially with Griner’s predicament being a hot topic. “I would contribute my NIL, posts + productions hrs to ensure we all travel in a way that prioritizes player health + safety, which ultimately results in a better product. Who’s with me?”

I would love to be part of a deal that helps subsidize charter travel for the entire WNBA.

I would contribute my NIL, posts + production hrs to ensure we all travel in a way that prioritizes player health + safety, which ultimately results in a better product.

Stewart, a former WNBA MVP, is making the issue of private travel a key factor in her free agency decision. Notably, she was also Griner’s teammate on their United States national olympic teams and a heavy advocate for her while she was incarcerated.

Brittney Griner was arrested at a Russian airport in February 2022 after authorities found hash oil in her luggage. She was facing 9 years in prison after pleading guilty and was later transferred to a female penal colony in Mordovia before her release.