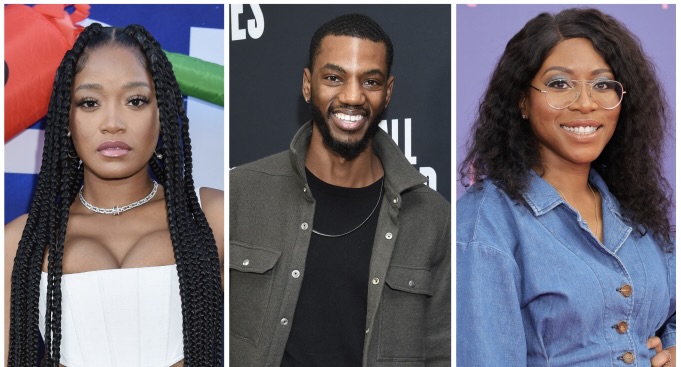 Per the official logline, the series is a “comedic satire exploring Gen-Z’s weaponization of political correctness told through the eyes of four high school girls.”

Palmer is an actress, singer-songwriter, producer, and television host. She is known for her recent roles in films like Jordan Peele’s “Nope” and for voicing the character Izzy in Disney’s “Lightyear.” She is also known for her role in “Hustlers” opposite Jennifer Lopez and Constance Wu. On the TV side, she has lent her voice both to the “Proud Family” revival at Disney Plus and to “Big Mouth” at Netflix. She won the Emmy for best actress in a short form comedy or drama series for “Turnt Up with the Taylors,” in which she played five different characters.

She is repped by 3 Arts Entertainment and Hertz Lichtenstein Young & Polk LLP.

Aniobi is best known for her work throughout the run of the critically-acclaimed HBO series “Insecure.” She began on the show as a producer in Season 1, eventually rising to the rank of executive producer for the show’s final two seasons. Aniobi was also the showrunner, head writer, and executive producer of the HBO series “2 Dope Queens” starring Jessica Williams and Phoebe Robinson.

She is repped by UTA, Range Media Partners, and Johnson Shapiro Slewett & Kole.

Crawford is best known for his work in front of the camera, most notably starring as Duquan in the hit HBO series “The Wire.” He again partnered with the team behind “The Wire” on the HBO limited series “We Own This City” in 2022. His other TV roles include “Person of Interest” and “The Get Down.” Should “Unfriendly Black Hotties” go to series, it would mark his first TV writing credit.